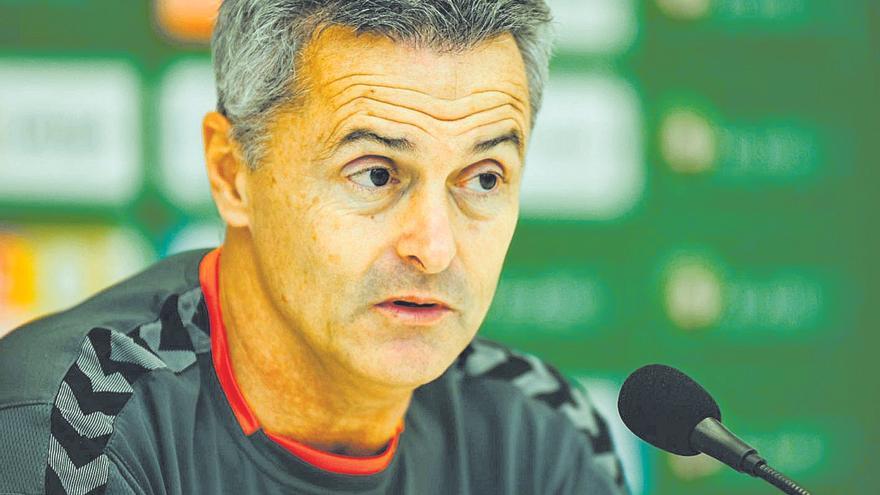 The franjiverde coach, Fran Escribá, is a newcomer to the team, but in the First Division, in addition to Elche for three years, he has trained Getafe, Celta and Villarreal. His experience leads him to thoroughly analyze rivals such as Eibar, a team “with very clear signs of identity, like all Mendilibar teams.” According to Escribá, it is “a group that does not make big mistakes, very committed … always. Play who plays. You don’t even see an unmotivated player; for the idiosyncrasy of his club, but also for the merit of his coach.

In addition, as much as their coach, José Luis Mendilibar, said at a press conference yesterday that the draw would be good for them, Escribá warns: «I know perfectly well that Mendilibar is going to come to win. I am convinced that if a tie could be agreed, I would certainly not want to ». And Elche will also go out «to win. Logically, if they tell me to tie or lose, I prefer not to lose, but we need to win.

“I hope things are noticed”, said yesterday at a press conference the new Elche coach when asked about the little time he has had to prepare his first game. «My idea this week in training has been to improve things in defense and attack, to influence the order of the team on the field and we have really worked very well. Both on a personal and professional level it has been an extraordinary job. I am very satisfied with everything I have seen, ”said the green-franj coach.

Escribá hopes, “logically”, to start this new stage at the club “with a victory”, but warns that “the game against Eibar is going to be very difficult because it is a team that knows how to compete very well. We too are prepared to compete well, but it will be a very close match that can be decided by small details.

The ideal game scheme for the new coach is the one that best suits each game and each situation. «The one who gives you balance and order. The most important thing for me now is to balance the team first, that there is a good balance between offense and defense. And for that, “I count on everyone. Obviously some will play more than others, but everyone will participate; everyone is going to have quality minutes ». Regarding the tactical demands he has made on his players, the coach emphasizes that “they are easy for them to assimilate. They are not very complex concepts that would require more time. We try to give the team order and balance. We must start from that balance. If not, it would be much more difficult.

Escribá has worked on the tactical aspects of the game, but also the emotional ones. “Without a doubt, without a head there are no legs and if you don’t have a proper frame of mind, your legs don’t work,” he pointed out. «To detect the state of my players I also count on my coaching staff and we have all chatted as a group at the end of training. I already said it in my first intervention and I repeat it now: I do not see any player overcome by the bad situation of the team. I think that I am known for creating a good atmosphere between the coaching staff and the squad in my teams. A happy environment but always responsible at the same time. If you ask all the players one by one, they are all convinced that we are going to get out of this situation.

Also Read  MAS: Evo Morales' party suffers a setback in the second round of the regional elections in Bolivia | International

On the streak of 16 games without winning, Escribá assures that “there are many and it is logical that the players will regret” this figure, but they are “professionals in the elite and must know how to withstand the pressure. It is true that we come from a bad streak but there is time to reverse this situation. Finally, Escribá highlighted yesterday that “I am in love with the quarry and announced that there are affiliate players in the call and that” the one who comes is not to make a big difference.