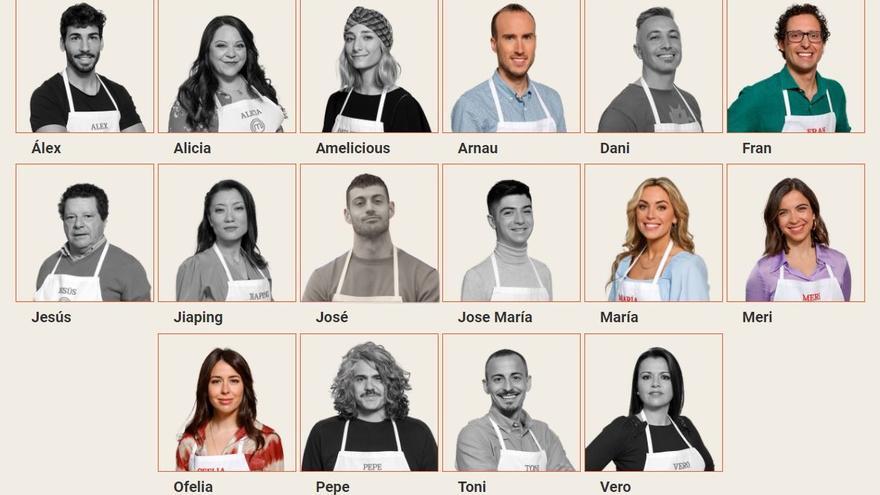 MasterChef 9 faces its final stretch. After the expulsion in the program broadcast last night of the Murcian cardiologist Joseph (the mandatory health fee in this year’s contest), there are 5 applicants left. Who will be the winner? Well, knowing the history of the talent show the cocina de TVE, it is not difficult to guess. What’s more, anyone who has followed all the editions can even make a place composition of the order in which the participants who have survived the weekly screening since this season began will be.

Although what is going to be exposed here is nothing more than a personal pool of who signs this article, and it is true that history does not repeat itself, but it does tend to rhyme, it will be difficult to be very wrong in the prediction.

Fran, our bet as the winner of MasterChef 9

The winner of the ninth edition of MasterChef will be Fran, the waiter from Cuenca, with Arnau’s permission. Why do we believe it? The tracks are pretty strong. They have put it, never better said, on a tray … The most economical contestant in the history of the contest is the one who has shown a further evolution throughout the program and that is precisely what the demanding judges tend to value most and reward.

Few times, or not so far if memory serves, have the three chefs publicly “fought” for the services of an aspirant in their respective restaurants. So much Samantha Vallejo-Nágera, who is the one who seems to take the cat to the water, like Pepe Rodriguez Y Jordi Cruz From the first programs they have expressed their interest in the passionate waiter coming to work at their respective homes.

Fran also maintains the gold pin unused, which de facto guarantees him the passage to the final, although he has already shown his willingness to take it home. Yesterday was the best of the first test, with a demonstration of having learned and assimilated the avant-garde techniques. His reinterpretation of his grandmother and mother’s plate of beans earned him his recipe to be part of the menu at the MasterChef restaurant in Madrid. He’s from Atleti, so this is his year …

Another point in its favor is that your personal profile is kind: humble, tireless worker, funny and without a bad background, he is loved by all his colleagues, both those who remain and those who have already left. And in MasterChef the unfriendly or the arrogant never win.

María will be the finalist of MasterChef 9

For all that he will probably not win the playoff Mary, another of the favorites. The image that Tomelloso’s has given in the program, fed by herself almost every time she has the camera in front of her, has been that of being a conceited and egotistical. Last night’s program tried to whiten that varnish that tarnishes what is undoubtedly a cook with a very good hand. What if her father is very demanding with her, what if she had to return to her village to support her mother after the death of her grandmother …

So much emphasis yesterday on his personal side, with the excuse of the visit of relatives, and his imposed declaration of friendship to Ophelia, to whom throughout the contest he has given murderous looks, seems to pave the way for the blonde to the final and probably to a second place that gives her wings in her future projects but puts her feet on the ground a little his inordinate ego. His “awakening” with the desserts anticipates that he would make the most of the pastry master’s degree at the Basque Culinary Center, which is the second runner-up. In addition, this year he will be the male winner after the victory in the previous edition of Ana Iglesias.

On third place (We assume that this year the final will be three), according to our pool, the Catalan Arnau. The faucet seller is an ax in the kitchen. And it is since he entered. We would be before the natural winner if not for the fact that it is a diamond that has had to be little polished. He has been through the “pit” (the elimination test) more than any other challenger and has always come out on top, often shining. His character, openly competitive and ambitious, something left over at times, but always with a nice little dot, it has given the program a lot of play. The third-placed specialization course will be perfect for the “Viking.”

Meri will stay at the gates of the final to 3

On fourth position we locate Mary, another one of the “pampered” by the judges but which weighs a decisive fact: his passion shared with the medicine. In MasterChef they look for people who yearn to live by and for the kitchen, and the daughter of the FC Barcelona doctor does not draw a future for herself by giving up the white coat for the apron, as she confessed once again yesterday. It has evolved, but has shown on numerous occasions lack of conviction and self-assurance, which will end up weighing you down in the decisive moments that come next week.

Ofelia, the contestant who has given the most television game in this edition

Also Read  Denny's gives away 1,000 pancakes a day to victims of Hurricane Ida

In the Fifth place, that is, she will be the next expelled, we would have the crazy Ophelia, the most charismatic and controversial television character of this ninth installment of the contest. The Galician woman has perfectly fulfilled her role as a catalyst for tensions, fights and, also, more comical moments. But her emotional instability and her childish personality affect her culinary performance so much that it seems her time has come.

It will be an emotional way to channel the passage of the program to the final, since she has made it more than clear that she “loves” MasterChef and never wants it to end. The tears in his farewell at the gates of the final are more than guaranteed. From comedy to drama and with his smile intact, as one of the songs on the latest album by Shinova.

¿What do you think you about our pool? Who do you think will be chosen as the best amateur chef in MasterChef 9?