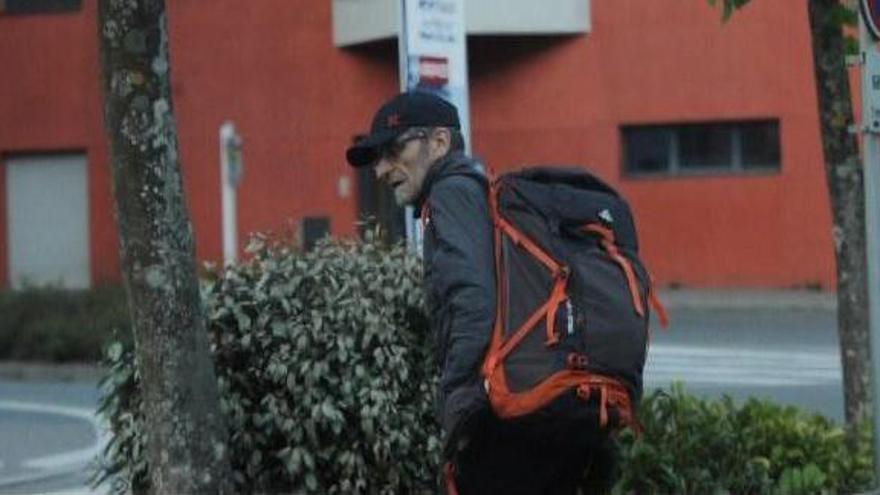 The Supreme Court of France on Tuesday rejected the appeal of former ETA leader José Antonio Urrutikoetxea against the decision, now final, for his Surrender to Spain for the attack on the Zaragoza barracks in 1987 in which eleven people were killed, including six children.

It is the second time that the French Supreme Court has ruled on a lawsuit by the National Court of Madrid against Josu Ternera, after last day 4 he also gave his go-ahead for the Spanish justice to judge him for his role in financing ETA through the “herriko” taverns.

However, it cannot be expected that it will be sent quickly to Spain, as it has other causes open in France.

The French high court confirms, in its opinion this Tuesday, the decision of the Paris Court of Appeal, that on January 8 he had ruled in favor of the Spanish extradition request for the alleged responsibility of Urrutikoetxea, as leader of the gang in 1987, in the car bomb attack in Zaragoza.

If convicted, you are exposed to a penalty of between 20 and 30 years in prison.

Arrested in the French Alps in May 2019 In a Franco-Spanish police operation that ended 17 years in hiding, Josu Ternera, 69, has been on probation since the end of July to avoid catching the coronavirus in prison.

In the hearing before the Supreme Court, on November 3, the Prosecutor’s Office had stressed that neither of the two arguments were valid with which the defense tried to avoid its delivery: the absence of a document in the judicial dossier and the supposed political nature of the Spanish extradition demand.

The Public Ministry, later supported by the Supreme Court judge who acted as rapporteur to present the case, demonstrated that this document did appear in the dossier.

But above all, he insisted that the Court of Appeal of Paris He already gave arguments in January to rule out the political nature of the procedure launched by the National Court of Madrid.

He recalled that the indictment for the attack in Zaragoza was formalized on November 14, 2002 and that Urrutikoetxea then went into hiding.

His defense argued that the attack had been perpetrated fifteen years earlier, that the Spanish justice had had it at their disposal for a long time and yet she had taken no action against him for this.

Urrutikoetxea has an appointment this Wednesday in the investigation room of the Court of Appeal of Paris that must rule on another Spanish extradition demand for the murder in Vitoria in 1980 of Michelin director Luis Hergueta.

In case he gave the go-ahead, his lawyers can appeal to the Supreme Court, which it would delay the final decision a few weeks or even several months.

On July 1, that same instance had rejected a Euro order from the National High Court to try him for crimes against humanity allegedly committed between 2004 and 2007 while head of the political apparatus of ETA.

The French courts also have two proceedings open against him regarding the convictions he received during his years in hiding and that, as is his right, he asked for the processes to be repeated once he was captured.

For the first, the trial before the Paris Court of Appeal is scheduled for the end of February next year. For the second, dates have been set in June, but it could be further delayed, since due to problems of form, the summary has returned to the investigation phase.

On the other hand, Belgium is going to extradite the ETA member Natividad Jáuregui to Spain after the Belgian Court of Cassation rejected on Tuesday the appeal presented by its lawyers against the appeal decision to deliver it, judicial sources informed Efe.

“The case is closed,” said those sources, which The judgment handed down on 5 November by the Ghent Court of Appeal “prevails” to deliver Jáuregui, alias Pepona, to Spain, since all possible resources have already been exhausted.

The National Court claims her for the murder in 1981 of Lieutenant Colonel Ramón Romeo.

The sources did not want to specify the date on which Jáuregui will be returned to Spain, although the regulations of the euro order set a maximum period of ten days from when the justice takes the final decision, as long as the affected party gives her consent. While otherwise, delivery may take up to 60 days.

Until now, the Belgian courts had refused to extradite Pepon up to three times, rejecting the Euroorders issued by the National High Court in 2004, 2005 and 2015, claiming that, if delivered, their fundamental rights would be violated.

However, in July of last year, the European Court of Human Rights (ECHR), based in Strasbourg, condemned Belgium for having rejected the extradition without having sufficiently investigated its suspicions that Jáuregui’s fundamental rights were going to be violated in Spain.

Following the judgment of the ECHR, which required Belgium to compensate Romeo’s family The National High Court issued a new Euro order in October last year, which the Belgian justice has now decided to execute.

The terrorist attack in which Romero died in 1981 was perpetrated by the Vizcaya Command of ETA, in which Jáuregui was supposedly, and Five other agents of the State Security Forces and Corps died.

The Court of Appeal, according to the judgment to which Efe had access, reached the conclusion, after ask the judge of the National Court José de la Mata, that Jáuregui, if handed over, would not be subjected to the incommunicado detention regime and that she could choose a lawyer, which she already has, so her fundamental rights will be respected.

Jáuregui disappeared from Spain in 1979 and, after living in France and Mexico, he settled in Belgium in 2003 and it was officially registered in the city of Ghent in 2013.

In Belgium she has worked as a cook in restaurants and for private families and even participated in the preparation of a cookbook, in which chefs from different countries collaborated and she appeared with her name and photograph, according to her lawyers.