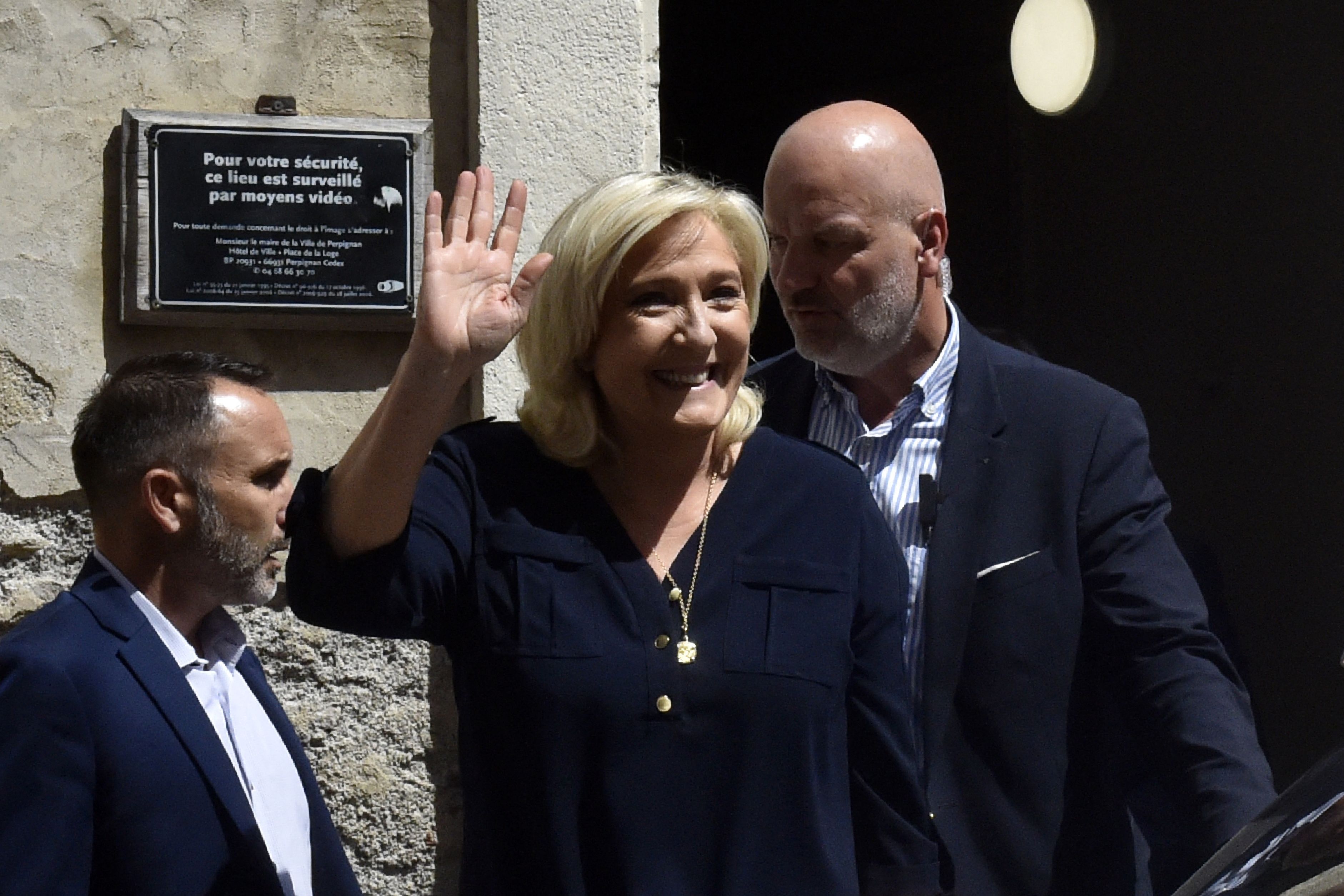 Marine Le Pen, leader of the French extreme right, did not miss the months of confinement due to the pandemic. He got a degree in cat breeding, his passion. A few years ago, he already warned in the newspaper The Parisian: “I could leave everything, do something else, raise cats for example.”

The news about his new diploma opened new questions about the future of a woman who has marked French politics for two decades. Is the president of the National Regrouping (RN) preparing for a life outside of politics? Is it difficult for you to try again, for the third time, to conquer the French presidency? Does the recent defeat in the regional elections of your party represent a setback that causes discouragement among your followers?

The short answer is no. Her party, National Regrouping, will confirm her this weekend in Perpignan as a candidate for the French presidency next spring. Possibly it is his last and definitive attempt to conquer the Elysee palace, perhaps the end point of his career, or his consecration.

Le Pen (Neuilly-sur-Seine, 52 years old) was soon infected with the virus of politics. His father is Jean-Marie Le Pen, founder of the National Front and historical figure of an extreme right that nurtured its ranks of former collaborators with Nazi Germany and nostalgic for French Algeria.

At home, politics was understood as a combat sport. When she was eight years old, the Le Penns suffered an attack on their apartment in the 15th arrondissement of Paris. Being the daughter of Jean-Marie Le Pen marked. Marine Le Pen would spend half her life prospering in a party that has something of a family business and the other half trying to distance herself from a brand that is almost a stigma.

In Perpignan, RN delegates will re-elect her as party president, although she plans to resign soon to launch the presidential campaign not as a candidate for one party, but for all French people.

Le Pen will appoint an interim president to replace her while she is dedicated to fighting for the presidency. There are two applicants, although whatever the decision, everything will remain more or less in the family.

One is Jordan Bardella, a child prodigy of the far right. Bardella, 25, is a MEP and the boyfriend of Le Pen’s niece. The other candidate is Louis Aliot, a 51-year-old experienced leader, mayor of Perpignan since 2020 and Le Pen’s ex-boyfriend.

The capital of the province of the Eastern Pyrenees, on the border with Spain, is for RN a showcase of its efforts to polish its image of extremist formation, attract more moderate voters and undo the fear of citizens who fear the coming to power of a party with an ingrained authoritarian and radical tradition.

In his mayoral office, Aliot assesses the prospects for the 2022 presidential elections: “Anything can happen in the situation in France today. It is up to us to reassure and convince a majority of French of all conditions and all origins. I am not saying that it is won, nor that it is easy, but I think it is possible ”.

There is a more complex answer to questions about Le Pen’s electoral prospects and his desire to continue. He will run, yes, but, according to the polls, the most likely outcome is a defeat to the president, Emmanuel Macron or another candidate. And this raises the debate about withdrawal.

In a café in Perpignan, historian Nicolas Lebourg, a specialist on the extreme right, observes: “It is clear that he no longer feels like it. He has lost desire and combativeness. And there is no appetite in public opinion either. Something has been broken between both parties ”.

Le Pen accuses the wear of decades in the sand. The recent failure in the regionals – his party aspired to win at least one region and did not win in any – confirms the difficulties in traveling the last meters to power.

For every two steps Le Pen takes, he takes one or more steps back. In 2017 he qualified for the second round of the presidential elections and obtained 10.6 million votes, a figure that his father could not have dreamed of. But Macron, after a debate in which Le Pen’s poor preparation came to light, won with 10 million more votes thanks to a broad coalition of voters – from left to right – united to prevent the access of the far right to the Elysee Palace.

RN is one of the main parties in France, but at the same time it is fragile, without a territorial establishment, drowned by debts and investigated for the alleged fraudulent use of European funds.

Le Pen embarked, since he took the reins of the party 10 years ago, in the so-called process of demonizationHe expelled his father, cut off his anti-Semitic rhetoric and purged the most radical elements. It also changed the name from Frente Nacional to RN. It was about getting the party out of the corner of ultra parties that scare most of society. But now the fear of many French people of RN is no longer because of the threat to democracy but because of their suspicions that it would be incompetent and chaotic in the management of the State.

During Macron’s years at the Elysee, Le Pen resigned from proposals that scared the electorate such as France’s exit from the EU and the euro. He declared his faith in the principles of secularism, in republican institutions and in the figure of General De Gaulle, the man who led the resistance to the Nazi occupation and the father of the Fifth Republic, hated by Jean-Marie Le Pen. During the pandemic, he practiced relatively mild opposition and avoided outbursts. Normalization had its apotheosis in a televised debate last February with Gérald Darmanin, Macron’s interior minister, who said that Marine Le Pen was “soft” on Islamism.

The RN party was the most voted in France in the 2019 European elections and all the polls confirm that in the 2022 presidential elections it will again be a finalist against Macron. At the same time, and despite the fact that according to the same polls he would get an even better result than in 2017, Macron would beat Le Pen again, and the regionals have sown doubts about whether from so much wanting to center the message RN has ended up looking like a party of the system .

“He has a problem with his image”, analyzes Lebourg, “an extremely brusque and aggressive side”.

Le Pen never had the rhetorical spark or talent for insult and scandal from Donald Trump or other leaders of populist nationalism, or the ability for them to connect with the masses. Some, on the far right, dream of having a day as a younger, brighter, more right-wing leader: Marion Maréchal Le Pen, Marine’s niece and Jean-Marie’s favorite granddaughter.

Who was the partner of Marine Le Pen between 2009 and 2019, Mayor Aliot, says: “Marine is a talented woman, competent against what is said. She is lawyer. Family mother. She has shown for 10 years that she is capable of fighting battles with courage, which is not easy for a woman in politics ”.

Despite the fact that it has been a constant presence in French politics for decades, there is something enigmatic about it. “The French should know it as it is,” says Aliot.