France will force all its health personnel to be vaccinated and will require an immunization certificate or a negative result of the COVID-19 test to access public places such as cinemas and restaurants or travel on trains and airplanes. French President Emmanuel Macron announced this Monday, in a half-hour speech on television, measures to prevent a new wave of the pandemic from filling hospitals again, forcing new confinements and frustrating the recovery of the economy after more one and a half years of restrictions. 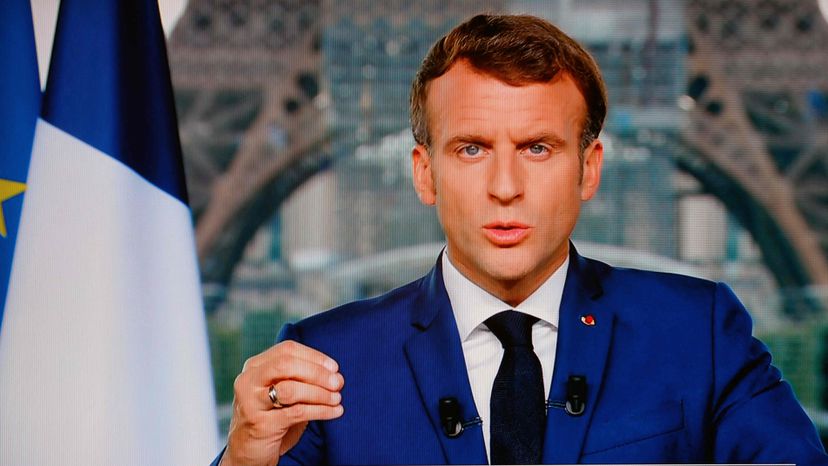 Macron has summarized his approach to the push of a new wave: “Recognize civility and place the burden of restrictions on the unvaccinated, and not on everyone.” The message is: the vaccine equates not only to health, but also to full freedom.

The French president, in prime time, stated: “The more we vaccinate, the less room for the virus to spread, the more hospitalizations we will avoid and we will avoid other mutations of the virus, even more dangerous.” He added: “Whether it’s close to home, at the vacation spot, with or without an appointment, get vaccinated!” The appeal had an immediate effect. The popular web Doctolib, where appointments can be booked to be vaccinated, was saturated by the avalanche of requests.

When Macron ended the third lockdown in May and cafes, restaurants and cinemas reopened, the idea was that the French could spend the summer months enjoying vacations in freedom and that the government could focus on economic recovery. Until a few days ago, the president planned to dedicate his speech to detailing the reform plans in the last months of his mandate and before the campaign for the presidential elections of 2022. The delta variant of the virus, discovered in India in late 2020 and up to 60% more contagious, has forced the president to modify plans. On Sunday, 4,256 new cases of covid-19 were registered in France, almost two thousand more than a week before. Hospitalizations have stopped declining after a steady decline in recent weeks.

The optimism that accompanied the lifting of restrictions in May and June and the acceleration of the vaccination rate has dissipated. And, although Macron has addressed the economic agenda and his plans in the election year in his speech, the priority has been health measures.

The new restrictions seek to bring as many French as possible to vaccination centers as soon as possible. How? Obligatory for some, and encouraging the rest with an argument: the vaccine will make their daily life easier and rejecting it will be more difficult. The first measure is the requirement in new premises and places with the public of the so-called passport or health certificate, which shows whether a citizen has received both vaccines or has undergone a covid test with a negative result in the previous 48 hours. Until now it was required to enter venues with more than 1,000 people.

As of July 21, it will have to be shown to enter public meetings with a capacity of more than 50 people and in August it will be extended to restaurants, bars (including terraces) and long-distance means of transport. Another incentive to get vaccinated: PCR tests will no longer be free in October, leaving fewer options for those who refuse to be vaccinated to obtain the certificate sanitary.

The other measure, which must be approved by Parliament before the end of the month after the opinion of the Council of State, is the obligation to be vaccinated for all health personnel, and professionals and volunteers in contact with vulnerable people, also home help.

The second measure that Macron has announced is the obligation to be vaccinated for all health personnel. The authorities have noted with alarm that in this sector a part of workers is reluctant to allow themselves to be immunized, which exposes the sick and vulnerable people to contagion. Those who violate the rules will be exposed to sanctions. “As of September 15, if you are [personal] health and is not vaccinated, will not be able to work and will not be paid, “said the Minister of Health, Olivier Véran, in the chain LCI.

Last December, on the eve of the vaccination campaign, France was one of the countries with the most people skeptical about the vaccine, around 40% according to polls. The figure has dropped and many of the fears of the population have dissipated, but the Government continues to lead with leaden feet before any new measure that imposes immunization.

In its latest opinion, published last week, the Scientific Council that advises Macron on covid-19 already warned about the level of vaccination “too low” among health personnel. And he specified that this is especially worrisome among those who work in contact with the elderly or with disabilities.

The obligation to be vaccinated will not be extended for now to the entire population over 12 years of age, contrary to what is proposed by the National Academy of Medicine in France as the “only realistic option” to achieve herd immunity. The Academy recalls that, in the past, similar decisions were imposed with smallpox (1902-1984), diphtheria (1938), tetanus (1940), tuberculosis (1950-2007), polio (1964), and that , since 2017, 11 vaccinations are mandatory for all minors.

Macron also announced that “border control will be strengthened.” His Secretary of State for Europe, Clément Beaune, specified that, to enter France from Spain, a negative test carried out in the preceding 24 hours, instead of 48 hours as now, or the certificate proving the vaccination will be required.

About 40% of French people are fully vaccinated. The pandemic has killed 111,354 people in France, according to the most recent official data.