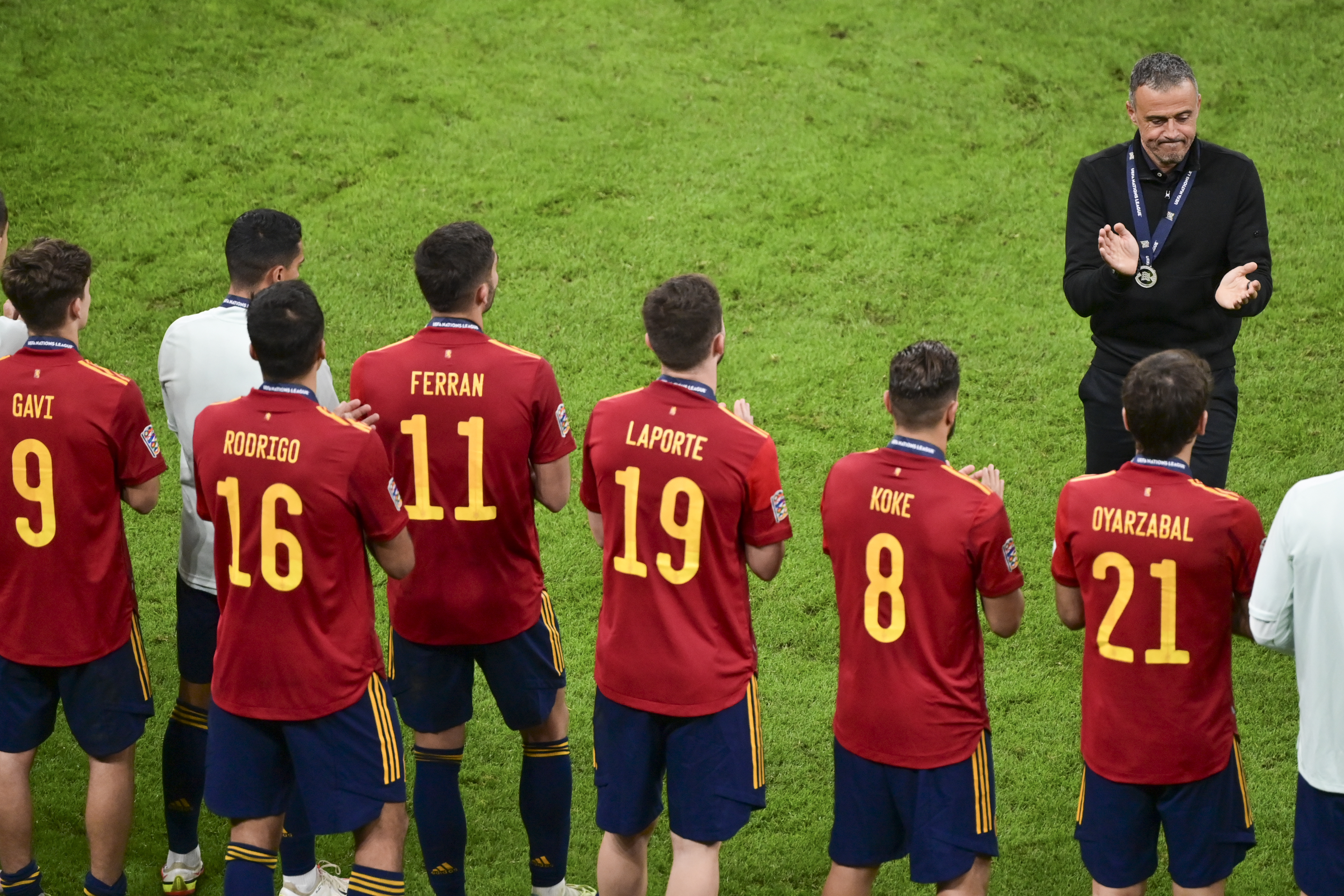 Luis Aragonés is credited with a phrase that has made his fortune in the world of football. “The finals are not played, they are won,” he said. It has penetrated so much that it is repeated ad nauseam. It is proclaimed by footballers, coaches, fans and journalists. The phrase contains a strictly functional idea of ​​football, typical of the times: nothing is worth it except victory. If football has any moral content, this debatable premise is removed.

Spain lost in Milan against France, world champion, a star truffled team, with three footballers – Pogba, Mbappé and Griezmann – who have exceeded 100 million euros in the transfer market. Only two of its starters – Tchouameni and Mbappé – play in the French League. In Luis Enrique’s team, five starters – Unai Simón, Eric García, Busquets, Gavi and Oyarzabal – play in the Spanish League. Almost all the remainder are esteemed footballers in the Premier League, with none of them being awarded the star tag.

The team reached the final phase of the Nations League after giving Germany the biggest win (6-0) in nine decades. In the semifinal he beat Italy. In the final match, it was measured with France. The route says everything about the solid progression of Spain, after several years of disappointment and loss of prestige in the international concert, stopped at the recent European Championship, where Spain lost to Italy in the penalty shootout. Are the semifinals won and not played? Spain played wonderfully and the effect on the team’s self-esteem was undeniable. Also in the optimism of the fans, except in those who mistake football for an Excel sheet.

Italy, Spain, Germany and France are the last four world champions. Spain has therefore faced the three rivals who have defined the planetary cycle since 2006. There is no better measure to assess the state of health of a team, even more so of a young team, with several players who have not been for half a year. they had played more than five international matches.

The defeat in the final produces sadness in the loser, but does not rule out a type of satisfaction greater than that enjoyed by the winner. Soccer is full of sensational finals losers. Puskas’ Hungary in the 1954 World Cup and Cruyff’s Holland in 1974 are two glaring cases of teams whose legacy will remain in the collective memory of football, not locked up in a glass case.

The defeat of Spain in the final does not prevent us from imagining an excellent team in the more or less near future. Not without criticism, controversy and fire at will, Luis Enrique has all the credit for it. He has built a team that is still vulnerable, in the formation phase, but the most unique and exciting on the European scene. Against the big three of continental football, Spain has set the guidelines for the matches and has dwarfed its rivals.

In many respects, the national team has regained its lost breath after 2012. That team ruled football without warning. Nor did it have world stars. They came from a long period of disappointment and criticism. Five glorious years turned Iniesta, Xavi, Puyol, Sergio Ramos, Casillas, Silva, Xabi Alonso, Busquets, Piqué, Villa and Cazorla, among others, into references on the football scene. It is true, they won everything they found along the way, but above all they left the mark that this team intends to recover. His match in Milan was a huge success. He lost, but left France naked for most of the game. The result does not grant you the trophy, but it invites you to dream. If that doesn’t count, football is worth very little.