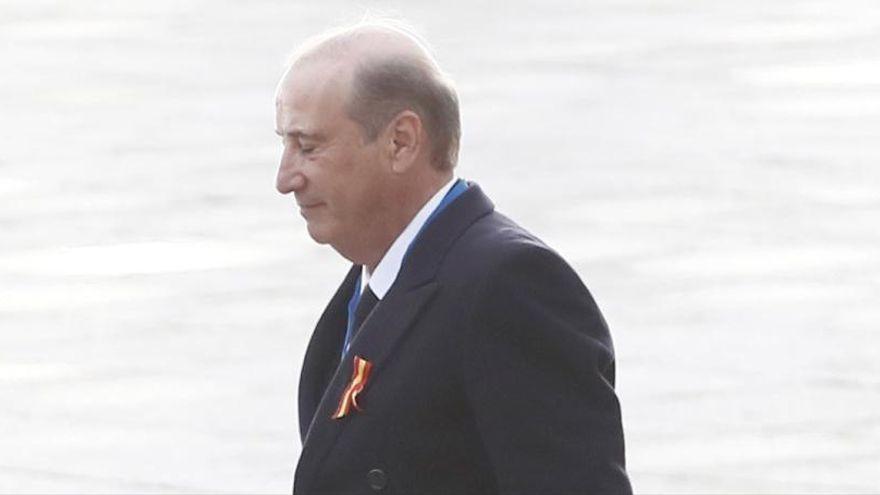 The grandson of the dictator, Francis Franco, in an interview on the Espejo Público program, on Antena 3, expressed his “satisfaction” with the resolution of the Provincial Court that overturns the precautionary measures imposed by the court of first instance and allows the removal of movable property given that, the judges point out, these were not the object of the claim of the Condition. Francis Franco held an order that agrees with them and calls this precautionary deposit a “seizure”.

To questions from the journalist Susanna Griso, Francis Franco revealed that his purpose and that of the rest of his brothers is to sell most of the furniture, works of art and belongings deposited in Meirás. Franco’s grandson avoided giving details and did not clarify whether among the goods they intend to sell are the sculptures of Mestre Mateo or the library of Pardo Bazán, both BIC, and the furniture and works of art owned by the Countess of Pardo Bazán, which were sold with the pazo in 1938: “I imagine that most [de los bienes] We will have to sell them, if there is no value either, there is so much talk about the treasures .. “, he said.

Francis Franco advanced that they will request compensation for the retention of their assets since last December – a right recognized by the Court -, although he avoided advancing what figure they plan to request. When asked about the amount, Franco’s grandson limited himself to expressing his regret over the fact that the State rejected his offer to temporarily rent the movable property until a final judgment definitively decided the ownership of the pazo. “We offered a rental for about fifty or sixty thousand euros a year. I’m talking about ridiculous figures next to what they say it costs to maintain the pazo and the judicial costs of all this; but they have thrown it down the middle street and they have seized it from us, “he criticized.

Complaint to the head of National Heritage Conservation

The Francos have filed a complaint against the Head of Conservation of the Directorate of the Royal Collections of National Heritage, Pilar Benito, for el informs that elaborated on the ownership of several of the movable property of the pazo de Meirás, in which he pointed out that several pieces of furniture and pieces clearly had their origin in the Spanish Royal Collections and recommended conducting an in-depth examination of all assets, as it was “quite possible” that there would be more state property. “It is a part report, no one asked for it,” defended Francis Franco, who denied that the elements detailed in this National Heritage report were actually property of the State.

As a result of the Franco complaint, the Examining Court number 29 de Madrid has opened an investigation and will cite this official as being investigated. The Franco lawsuit constitutes a new attack on the inventories of goods produced by Board Y Condition. A few months ago, the dictator’s grandchildren demanded its destruction, appealing to their right to privacy: “The knowledge and disclosure of information that affects the intimate personal and family sphere is being made possible,” their lawyers defended. Luis Felipe Utrera-Molina Y Antonio Gil last november. The Francs have now requested that the inventory of assets of the Xunta and the National Heritage report of the actions be eliminated and that the plaintiff administrations “abstain indefinitely from any use, use, invocation, disclosure and / or disclosure. If the Justice agrees to this request, against which the administrations can allege, it would in practice mean destroying the inventory, since it would entail denying its existence for all purposes and not being able to make use of them for a claim for movable property. nor to incorporate an annex of assets to the BIC decree of the pazo de Meirás, the two measures that the administrations propose to try to avoid the emptying of the pazo de Meirás.

The Francos allege in their complaint against the Chief of Heritage Conservation that no one asked for the report. According to the record of the inspection of the judicial delegation to carry out the inventory of assets, in which the presence of this official is reported to collaborate in the realization of the document, the Franco lawyers only expressed their opposition to the precautionary measure, without manifesting at any time against the presence of Pilar Benito. The report prepared by this technique was not provided by the State, but incorporated by the Xunta into its inventory of assets.