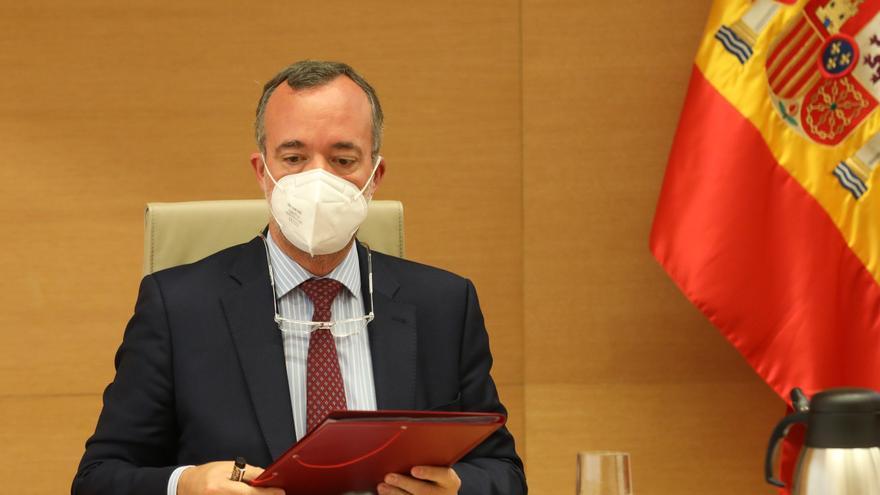 The former Secretary of State for Security Francisco Martinez will testify this Monday as a defendant before the judge investigating the Kitchen operation, Manuel García-Castellón, who suspects that the former ‘number two’ of the Ministry of the Interior had a “direct” involvement in the alleged para-police espionage to the former treasurer of the PP Luis Bárcenas.

Martinez, what He has already declared on previous occasions, including a confrontation with his former boss, Jorge Fernández Díaz, will once again answer the questions of the magistrate of the National Court about the operation that would have been mounted in July 2013 from the Ministry of the Interior, with rPolice resources and reserved funds, to spy on Bárcenas and his environment and steal their Compromising documentation they may have on the PP and its leaders so that it does not reach Justice.

As stated by the head of the Central Court of Instruction Number 6 in a recent order, he has been able to delve into the alleged role of Martínez in this network as a result of the agendas seized from the retired commissioner José Manuel Villarejo last October, which contain handwritten notes referring to the years 2012, 2013 and 2014, which includes the time frame in which ‘Kitchen’ would have been developed.

García-Castellón highlighted “the fluid relationship that is appreciated between Villarejo and Martínez, even before he was appointed Secretary of State for Security. “Thus, on October 23, 2012, the policeman wrote that the then Chief of the Minister’s Cabinet advises the DAO, Eugenio Pino, of “that only inform the N1”, Fernández Díaz, which – for the judge – evidences “a direct relationship” between the commissioner, Pino and the head of the Interior, “leaving aside all the middle managers.”

The name of Martínez, nicknamed ‘Chisco’ by Villarejo, already appears in the first annotation of the retired agent about ‘Kitchen’, on July 11, 2013, the date on which the magistrate has located the start of the parapolice operation. “45-minute talk. Plan against LB. Interv. Communications, records and summons of woman and son,” he recorded along with said alias.

Days later, on July 15, ‘Chisco’ reappears in Villarejo’s notes. “He wants a strategic plan to get out of the LB case,” he said. And, next, he added next to Martinez’s nickname: “Problematic due to possible recordings.”

From the scribbles of the retired commissioner, García-Castellón deduces that Martínez was also involved in the plan to capture the driver of the Bárcenas family, Sergio Rios. On July 18, 2013, together with ‘Chisco’, he signed “forcing contact with the LB driver.” “Very concerned about CHEF data,” Villarejo completed the next day about Martínez, alluding to Ríos, who is often referred to as ‘cook’ or ‘chef’ in their agendas.

For the judge, “the transcribed sequence reveals (…) the importance that the matter had for the Secretary of Security, who assumes directly obtaining information on a daily basisIt is especially surprising that the Secretary of State is involved up to that level in a matter of this nature. ”

The annotations made in those years coincide with what was declared on July 2 by Villarejo in court. According to him, He started working for the ‘Kitchen’ because they asked him to do so from the Ministry of the Interior, including the entire chain of command: from Fernández Díaz y Martínez to the then Director General of the Police Ignacio Cosidó and Pino. The commissioner assured that with ‘Chisco’ he dispatched almost daily.

On Wednesday, the expert engineer Javier Rubio Alamillo will also appear for ‘Kitchen’, at the proposal of the defense of Fernández Díaz, with the intention that the witness clarify the opinion issued last November where he affirmed that the messages that Martínez recorded before a notary are “manipulated”.

The report, presented after the face-to-face meeting between the former minister and the former secretary of state at the National Court, maintains that the messages in which Fernández Díaz allegedly asked Martínez to find out about the ‘Kitchen’ show “notable irregularities” and, therefore, suffer “from a high probability of manipulation”, after analyzing the two notarial acts raised on them.

The one signed in June 2019 by the notary of Mahón (Menorca) Alberto Vela Navarro-Rubio refers to two messages that would have been sent in the summer of 2013: in the first, Fernández Díaz would have commissioned Martínez to find out if the driver of Bárcenas was a police informant; and, in the other, it would be the former secretary of state who ordered the former minister to speak after he “has contact with Cecilio,” which is how the CNI is called in police jargon.

The second notarial deed, which was drawn up by the notary public Enrique A. Franch Quiralte, would be related to a message in which it would be reported that “the operation was successful“, alluding to the dump of the information that contained” 2 iphones and 1 Ipad “that would belong to the former treasurer of the PP.

These appearances will put an end to the round of interrogations that García-Castellón began at the end of June and that has made the former general secretary of the PP María Dolores de Cospedal and her husband, the businessman, parade through the National Court Ignacio López del Hierro; the former Chief of Staff José Luis Ortiz; and the former head of the UDEF José Luis Olivera, all of them as investigated.

Likewise, the instructor has taken a statement from Villarejo himself –up to twice in this time interval–, also as a defendant; the former treasurer and his wife, Rosalía Iglesias, who are listed as injured in this separate piece; and to the main inspector of ‘Gürtel, Manuel Morocho, as a witness.