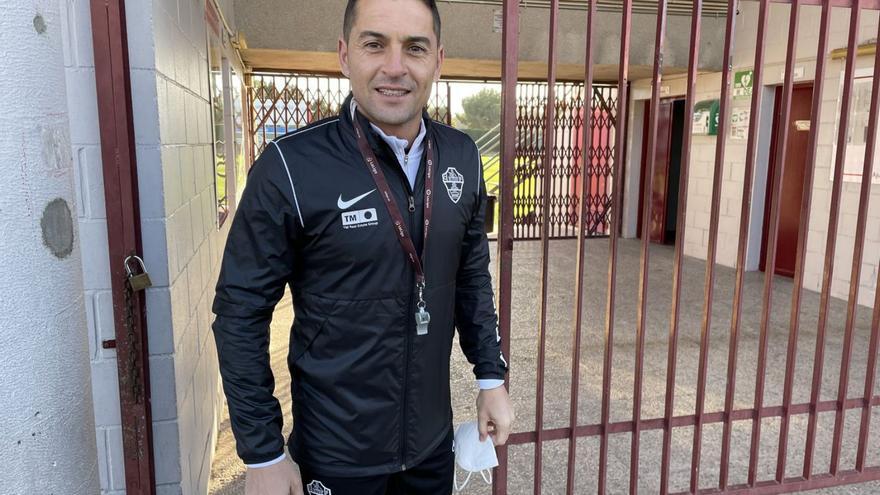 Three wins (Cádiz, Villarreal and Espanyol), two draws (Granada and Real Madrid) and two defeats (Valencia and Barcelona). This is the balance of Elche in LaLiga Santander since Almeria coach Francisco Rodríguez arrived on the bench, who averages 1.57 points per game and who already surpasses Escribá in wins and has equaled the points achieved by the Valencian coach in half of matches than him.

Fran Escribá, of whom we must not forget that he saved the team from a dramatic situation last season by keeping the category, achieved two wins and five draws this season. On the contrary, the franjiverde team suffered seven losses in the first months of the championship. Specifically until the end of November.

In total, Escribá got eleven points, averaging 0.78 per football match. Francisco has the same eleven, who took charge of the group after the 1-1 draw at El Sadar de Osasuna in the last days of November. That match the technicians Mantecón and Manusovich were on the bench.

With the eleven points from each coach, plus the point obtained with great effort and without an official coach on the Pamplona bench, Elche currently has 23 points and is in 15th place in the standings, five points from relegation, which marks Cádiz with 18.

The winning spirit with which Francisco imbued his players is, according to coaches and footballers, the key to the comeback that the team has staged in recent weeks. But the coach does not want anyone to relax: “We are on the right track, but we have not achieved anything yet,” he told his players in the last talk prior to yesterday’s training. This was confirmed yesterday by the Almeria coach to this newspaper at the gates of the Díez Iborra football field, where Elche usually exercises. Francisco stressed that this is precisely the speech that the coaching staff and squad must make in order to maintain intensity and focus on the goal.

After intense preparation days this week, the coach has given his pupils two and a half days off. In fact, he moved up yesterday’s morning shift so that his men had more time to rest and see their family and friends.

Francisco understands that it is just what the footballers deserve after the efforts of the last days and he knows that you have to give to receive and that the players will know how to thank you later.

Eight points out of a possible 12 in the last four games are figures that seemed far away for Elche. The franjiverde team has 23 points and last year they scored salvation in the First Division with 36. 13 more would be four wins and a draw, for example, when there are 16 games left.

Permanence could be within reach with the current numbers, but everything is so far away that nobody wants to make calculations. Competitors are also strong in recent weeks. So the best thing will be to “go out to win game by game”, another of the phrases that Francisco has pronounced since his arrival.

The only thing that is clear is that Elche is preparing with faith in its possibilities and perseverance, as in yesterday’s training, to win next Saturday, February 5 at 2:00 p.m. against Alavés at the Martínez Valero.