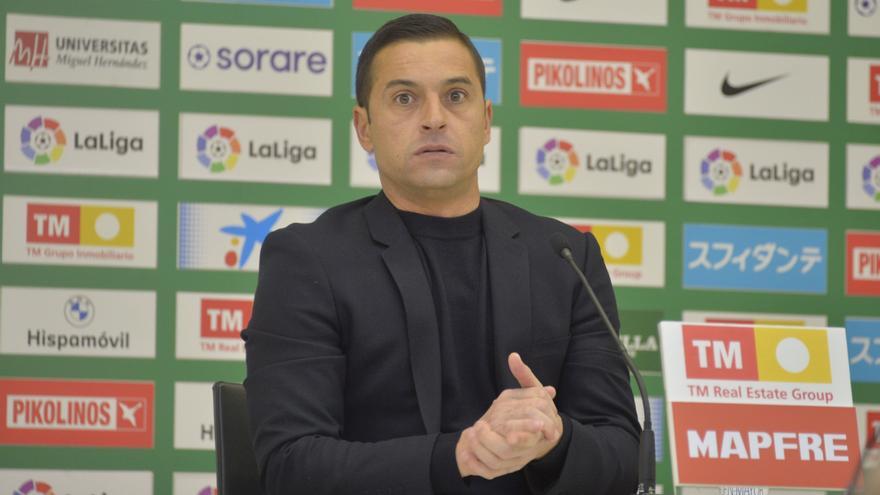 The Elche coach, Francisco Rodríguez, recognized in the press conference after the victory against Villarreal the moment of euphoria that his team is currently going through, after having added seven points out of the last nine possible. “This victory is a shot of strength for the team. The weeks have been tough for everyone and every day we are more of a team, which is what we wanted from day one. It is very important to beat a team at Villarreal’s level”, he asserted .

The man from Almeria did not hold back when it came to expressing how he values ​​the good Franjiverde moment. “It’s still the host, fantastic. It’s very difficult in this category to get 7 out of 9. There’s a lot of League left and we have to keep improving a lot of things, being humble like we’ve been up to now,” he said. “The most important thing is the three points, but I’m staying with the form. What we had prepared at a tactical level we have fulfilled. We have taken away all the options for a team that had just added 13 of 15 points,” he added.

Francisco also stressed the importance of having put the padlock, one more day, on the goal defended by Edgar Badia. “It is essential to keep a clean sheet. We have been maintaining that balance between goals for and against for six games. That gives us the strength to continue down that path,” he assessed. Of course, immediately afterwards he kept his feet on the ground: “We haven’t achieved anything. At the moment we have 22 points and that’s not enough for us to stay”.

The franjiverde coach pointed out that one of the changes since his arrival on the bench is that the group is a team, while before there was too much talk of individual names. In this line, he wanted to remember the players and coaches who are confined at home by covid-19, to whom he dedicated this Sunday’s victory.

As regards what is to come, the Copa del Rey tie against Real Madrid, Francisco admitted that he will not rotate due to the current situation of the squad. “We have people at home with covid and possibly some more will fall this week. Those we have available will play. I am not going to rotate, but because we are very fair, especially in the back row,” he said.

“My intention in the tie against Real Madrid is that we can all enjoy it. We will try to get through, but we know it will be difficult against a rival who will come from playing the Super Cup”, added the Elche coach, who will be aware of a possible negative of the footballers who are currently at home to be able to count on them on Thursday. The last casualty could be Enzo Roco, who felt an overload in his calf in the warm-up and fell out of the starting eleven at the last minute.

Finally, Francisco reviewed the news of the winter market of his team. “Benedetto can leave shortly. He has been honest and had some muscle problem,” he commented on the departure of the Argentine striker to Boca Juniors. At the moment, the man from Almería admitted that he prefers to reinforce other positions and that the club works calmly to get the best possible signings.

Also Read  Domingo threatened to commit suicide before disappearing, the court blocks his search by not allowing his phone to be located