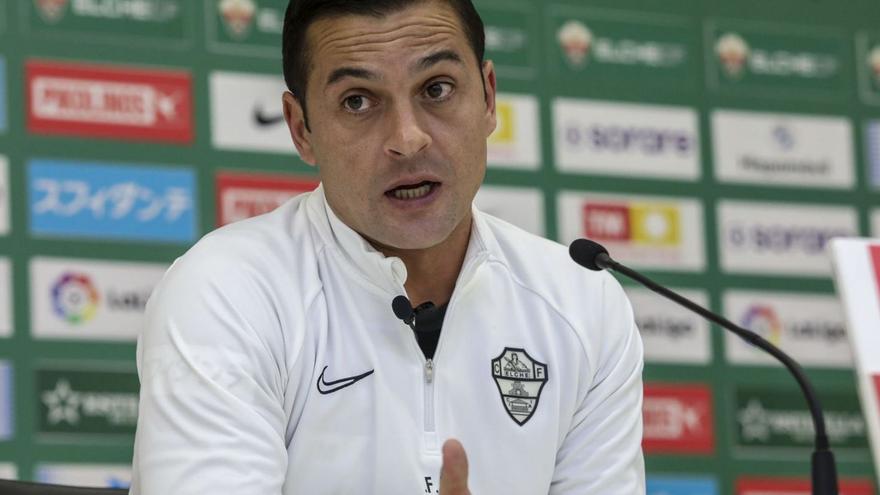 Francisco acknowledged yesterday that the work they have had to carry out, together with his coaching staff, since they arrived at Elche a little over two weeks ago has been “complex” because they have “barely” had days to carry out the same training sessions with the entire squad . And it is that the Almeria coach has had to face, between the League matches against Cádiz, Valencia and, now, on Saturday, Barcelona, ​​the two games of the first two knockout rounds of the Copa del Rey. On December 2 against Leoia (0-2) and tonight, in Salamanca, against Unionistas.

Despite this, Francisco assured that they have “illusion” to advance and “continue passing rounds” in the KO tournament “so that players who do not participate in the League have the possibility of taking minutes.”

The franjiverde coach recalled that in the Cup “there is always some surprise” with the elimination of First Division teams, but he hopes that tonight “it will not be us.”

The Almeria coach showed his “maximum respect” for the Unionistas de Salamanca, of which he recalled that “it is a humble team that started the league very well and is going to be a difficult opponent. It’s a good team”. At the same time, he pointed out that playing on an artificial grass pitch “to which we are not used to” will force them to “be very attentive” because “the ball bounce is different.” «We have to adjust well. They are going to pressure us and we have to be smart when choosing the plays.

Francisco and his coaching staff have studied the Unionistas de Salamanca and meet Salinas, the youth squad from Elche who is on loan to the charro team. «He is a player who is providing goals and depth on the wing. The club was right by handing it over to Primera RFEF, the new category, which is fantastic for kids to grow up. It is being monitored and we hope it continues to grow and that in the future it can be with us.

The new coach made a balance of the first three encounters that he has led in front of Elche. “When a coaching staff arrives in the middle of the season it is difficult because they do it because things are not ending well. I am very happy with the willingness of the entire squad, despite the fact that, between the League and the Cup games, we have not been able to work much in general with everyone. As I said in my presentation, there is quality, but, for now, that is not giving us to be a good team. We hope to go, little by little, growing. In the second part of the match against Valencia, a team with an identity was already seen, we must continue in that line and we cannot lose face to the games at any time ».

Francisco also referred to the ghost goal of Mestalla that did not rise to the scoreboard. He supported the club’s protest and complained that the referee no longer visualized the play and made the decision “too quickly.” “I’m not saying that the ball entered or not, but in just one minute or one minute and ten seconds the referee already indicated to serve. We are going to continue respecting the officials, because they want to do their best and we hope it won’t happen again.

For this, the Elche coach advocates technology. “If we want to be the best league in the world, we have to bet on technology, as has been done in recent years with VAR. I do not know who is responsible, if the League or the Federation, but a tool is necessary to decide such a main play, such as whether it is a goal or not.