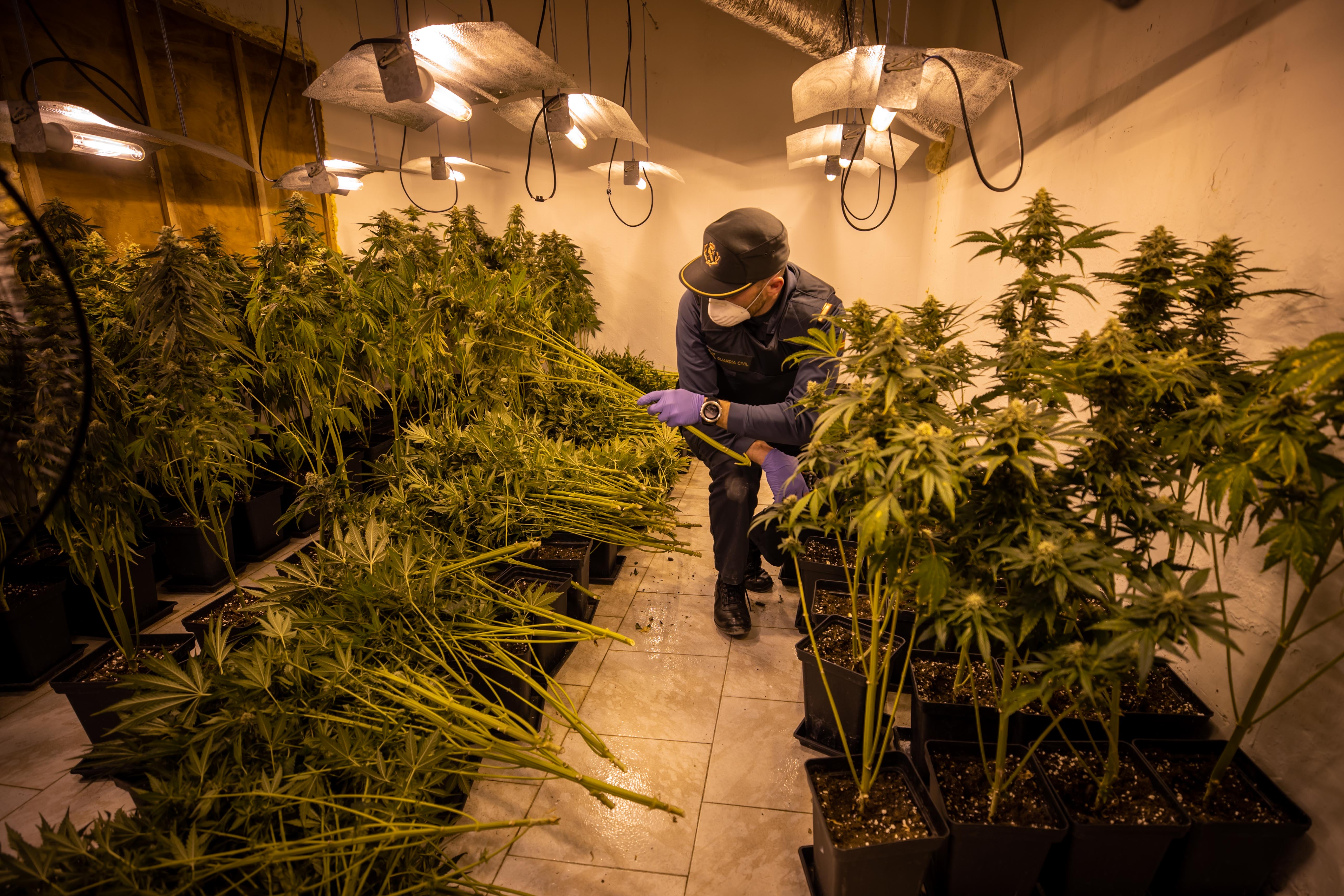 “How’s the thing going?”. “Well, very well, there is a lot down there.” It is November 12 and two agents exchange information while having coffee at ten in the morning in the Añoreta urbanization, in Rincón de la Victoria (Málaga, 47,179 inhabitants). They have arrived four hours earlier, to participate in Operation Bathing Suit-Gentleman, a huge operation made up of 300 police officers and civil guards to dismantle a family clan that grew marijuana on a large scale in occupied homes and that had the residents of the area terrified since two years ago. The group, led by two brothers, had a curious real estate business: they gave the luxury properties to family and friends in exchange for allowing them to plant cannabis in some of the rooms.

Two helicopters patrol from the air and anti-riot agents arrived in a dozen vans armed, monitor any suspicious movement on the ground. Some detainees accompany plainclothes officers covered by ski masks house to house, until completing 26 searches where there were more than 2,000 marijuana plants. The operation culminated in 23 people arrested, seven of whom are already in prison for the alleged crimes of belonging to a criminal organization, usurpation of housing, crime against public health, money laundering, fraud of electricity and illegal possession of weapons.

Añoreta is one of the first urbanizations that was built, three decades ago, on the outskirts of Rincón de la Victoria, a neighboring municipality to the east of Malaga. It is a residential area that surrounds a golf course and has a private school. After the brick crisis, many homes were in the hands of banks or companies. The dismantled group occupied some of these high-quality chalets, private swimming pools and fiber optics while threatening those who complained about their presence or their marijuana cultivation activity, a production that they carried out in other flats in the area with family and friends and that then it was distributed by trucks to northern Europe. “With three or four harvests a year, in several houses at the same time … they made a lot of money,” say police sources.

The joint operation of the Civil Guard and the National Police dismantled eleven cannabis crops. Five houses had plants and the rest were prepared to expand the harvest. The family nucleus occupied the first houses in 2018 where they had “all kinds of comforts,” according to police sources. During the confinement and the summer in the housing block, in fact, they went from occupying some floor to practically staying the entire block. According to police information, the brothers gave away practically free of charge – they were only forced to pay 50 euros a month for the community bill – the properties to relatives and friends in exchange for the new tenants allowing the existence of marijuana plantations in some rooms . The brothers “decided who could live in which apartment,” says an agent, who explains that these relatives had promised the president of the community of owners to fix the elevators and damage to the common areas.

The main investigated was a young man with a police record who solved any problem with neighbors or suppliers with “excessive physical and verbal violence,” according to the police. His brother and lieutenant coordinated the plantations: from the selection of seeds and cuttings to the collection, distribution and sale. One step below was another relative, who distributed the houses. The father of the two brothers negotiated with the suppliers, maintained the facilities, facilitated the illegal supplies of water and electricity, and guarded the occupied house – an attic overlooking the Mediterranean – that served as headquarters. A woman kept the accounts and guarded the collection. The rest were friends and family, as well as young people from Rincón de la Victoria, who took care of the plants or acted as messengers delivering the drug. After their arrest, many of these people have returned to occupy the same floors where they resided.

In addition to the two thousand plants, during the operation the agents also seized 461 grams of hashish, 317 grams of buds and marijuana bites, and they have intervened, among other effects, a firearm, 42,000 euros in cash, a machete, six high-end vehicles, a bulletproof vest, transmitting equipment, an inhibitor, documentation and all the necessary elements for growing marijuana. The researchers point out that the number of illegal plantations “grows exponentially” in the province of Malaga and, practically, in all of Spain. The latest report from the Intelligence Center against Terrorism and Organized Crime includes in its 2019 data a record number of marijuana seizures in the country: 1,538,995 plants, almost 60% more than in 2018.