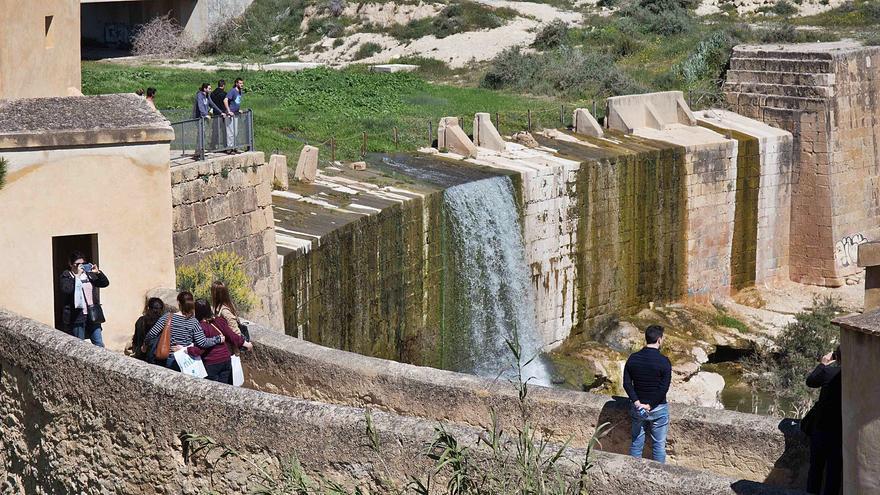 Free route to declare the Mutxamel and Sant Joan weirs as a Site of Cultural Interest (BIC). The Consell Valencià de Cultura (CVC) has issued a favorable report to carry out this protection, a procedure that the Ministry of Culture began last year at the request of the Mutxamel City Council, in which term these two hydraulic infrastructures that date back at least to the Middle Ages.

The Generalitat last January asked the CVC for the mandatory report on this proposal, being approved by the plenary session of the Council of Culture on February 22 unanimously. According to the minutes of this session, «they are constructions from the 16th and 17th centuries that have great importance as hydrological heritage, now revalued through the 10-kilometer Camins de l’Aigua route, which runs along the Montnegre River and the azudes ”, and based on the report made by this entity, a favorable opinion is issued for its declaration as BIC.

This report explains that “the value of dams as hydrological heritage of at least medieval origin, the good conservation of them and their surroundings, together with the firm commitment to work for their maintenance and promotion both by the Mutxamel City Council and by the Community of Irrigators of the Union of Irrigation of the Huerta de Alicante, we consider as favorable the declaration of BIC, with the category of Monument, of the Mutxamel and Sant Joan weirs ».

This protection as BIC has been demanded by the City Council for years and is finally going to see the light now. Since the initiation of the file for its declaration as BIC last June, both dams already have de facto this protection on a provisional basis. And the Consistory frames this measure within its Camins d’Aigua project to value the extraordinary traditional irrigation system of the Huerta de Alicante, which includes the creation of trails, improve their accessibility and exploit all its tourist potential. It is a heritage of enormous value that together with the Tibi reservoir allowed the growth of the fertile Huerta de Alicante 500 years ago, thus being able to take advantage of the irregular flow of the Seco-Montnegre river.

Also Read  Coronavirus reaches the brain through the nose

The initiation of the file was published in the Official Gazette of the Generalitat (DOGV), determining the values ​​of the assets that justify their declaration as BIC, describing them for identification, as well as delimiting the affected environments and setting the standards for the protection of assets and those areas, also ordered the suspension of municipal licenses that affect monuments and their protective environments.

According to that resolution, the Assut de Mutxamel «is a fundamental work within the history of the Huerta de Alicante, since it diverted the waters with a mouth towards the Acequia Mayor, the main artery of the irrigation system (…). It is a rectilinear wall whose length is 46 meters; probably the core of the dam is made of stone in the form of masonry, externally clad in ashlar masonry arranged in courses parallel to the longitudinal direction ”. Many researchers think that it was built in the 13th century, although previously there may have been a semicircular arch dam of Roman origin.

As for Assut de Sant Joan, «it is the smallest dam located at the origin of the Gualeró canal. Typologically it belongs to the arch-vault arrangement, made externally in ashlar masonry core. This work stands out for the perfection of its design and its execution, being one of the most notable examples of curved dam in our territory. This smaller dam has a curved ground plan with 48 meters of rope and its vertical ashlar walls are 7.35 meters high by 3.60 meters thick, reinforced at the ends by stirrups ». And although it was planned in the 14th century, it was not built until 1631.

The mayor of Culture, Rafael García, thanked the support they have received so that this declaration as BIC, for which they have been fighting since 2015, will become a reality, and asked for speed so that it becomes effective as soon as possible and thus be able to access grants.