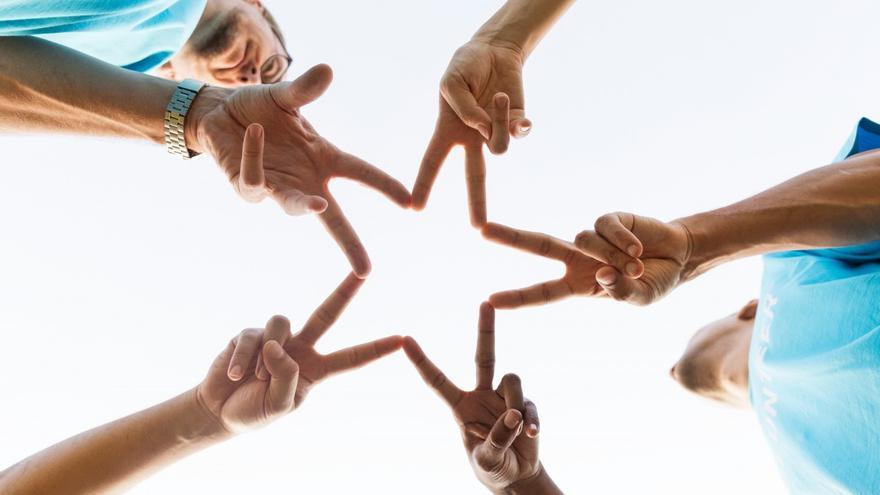 Life is a relationship with others, interacting, and that relationship is very different if it is established between friends, colleagues, acquaintances, strangers or enemies.

That relationship can even be infinite in duration. We all have what we call some childhood friend. Another thing is that we maintain an intense contact with him; sometimes there is a physical distance through which makes it difficult.

If friendship will have value that, unlike family, you choose the friend. I have even heard people say in that field, well, because he is my cousin, or my brother, because if not, we would not even be friends, and the relationship is imposed on the family.

There are those who use the phrase friend of the soul. I don’t like that expression; I don’t like it, nor do I think it has to do with the soul. But I have read that friendship is like a soul that resides in two people, a heart present in both bodies. It is not known what is the essence of the glue that unites two people who are friends: we can think if there is admiration, the value of some of their qualities, or the happiness that their presence provides. Possibly it is the sum of all of them and especially of love.

We are very fortunate because usually we not only have one friend, but we have several. Stop and think about it, and add that fortunately we have no enemies.

What would you do for a friend? What would he do for you? . Certainly a lot. I dare not say that everything, I do not say, but I think.

I don’t know if there is a maximum number of friends per person. There are certainly many with whom I would establish a relationship I call friendly, but maybe that is a little below what is the true friendship. The requirement to qualify someone as a friend is much higher. Friendship must be cared for, it must be watered, it is advisable to maintain contact, even if it is at a distance. We now have methods that allow you to do so.

Friendship is something that brings joy; sharing is a wonderful thing. Friend is a word with six letters, and an infinity of unforgettable moments.

Following the ladder in the field of relationships, for many there are companions, They are almost always the people with whom you have to spend many hours, generally in work activity. But it is possible that among them many you don’t even know.

It does make sense for you to stop and think about the many good people around you. They are surely very admirable in professional aspects, or for their human qualities. But that just doesn’t make them your friends. This relationship is established on more diverse bases, which surely has to do with the characteristics of each one, but above all, and I comment once again, adding the world of affections, affection, love. Real friends know that, despite knowing each other with their strengths and weaknesses, they love each other.

In other areas the qualifier of friendly it has less substance. Two countries are said to be friends; surely it is real that they do not wage war against each other. But possibly it would be enough for us to say that they have established good relations. And in that field it is possible that it is easier to define who is the enemy, whether in the economic, social, political or even military fields.

It has struck me that, with the value that I give to friendship in the Catholic religion, it does not seem to interest him. It seems that Jesus the Nazarene had no friends; they do not appear as such in the Bible. They qualify them as disciples, something that to me would be like a close follower. Disciple It is a term that has its origin in a Latin word and that serves to refer to an individual who follows a certain doctrine. For there to be a disciple (or follower) there must be a teacher (or leader).

Sir Francis Bacon said: Friendship doubles joys and divides anguish in half. The following are anonymous phrases on the subject, but which I think are worth considering: Don’t meet a friend to kill time; stay to live the best hours of your lives. If you have ever put a friend to the test and he has not failed you, do not let him escape, hook him up with steel ropes. A good friend is a good thief of your time. Friendship is backed by mutual respect, honesty, sincerity and trust. If you want to get a friend, the first thing is, you must be one. A real friend knows everything about you and, not for that reason, stops being your friend. Don’t let the weeds grow in the path of friendship. A real friend comes when the rest leave. Friends multiply smiles and diminish sadness. Even if you no longer believe in yourself, a friend will continue to support you and believe in you. In this field Benjamin Franklin said: take time to choose a friend, but be even slower in changing him; and Khalil Gibran wrote: A real friend knows everything about you and, however, does not stop being your friend.