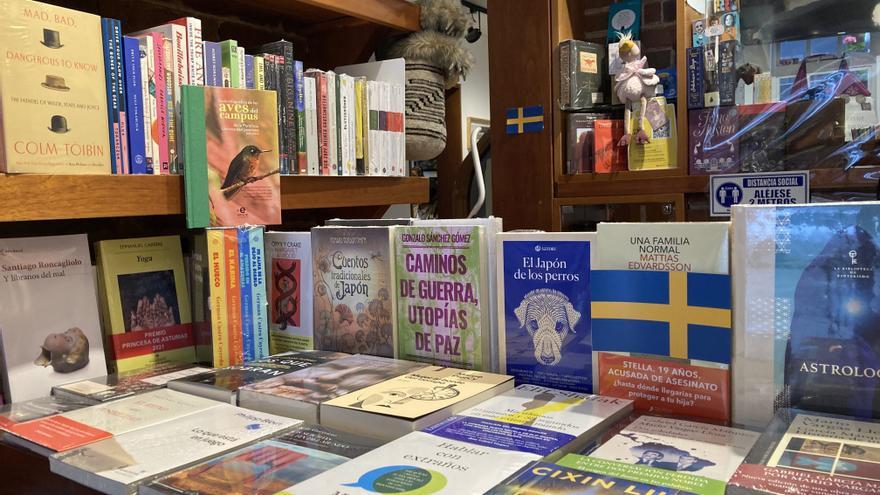 August, the quintessential holiday month, usually offers time for reading. Ten journalists from the EFE Agency in different parts of the world they recommend a work to read on these dates.

– ‘The Vanishing Half’, by Brit Bennett (Random House Literature)

‘The evanescent half’, by the American writer Brit Bennett, published this year in Spain by Random House, is the story of two twin sisters from a small town in Louisiana in which it is customary to try to achieve through certain marriages that the skin of the descendants is increasingly lighter. A social, historical, political and even sexual reflection that hooks you and enlightens you, with the infamous reality of racism as a backdrop.

This book was the first novel that the Andalusian writer Agustín Gómez Arcos published in France in 1975, where he had been in exile for almost ten years. It was the first of a series of successes that unfortunately in his country have not been recovered until the last decade, when it is finally receiving the recognition it deserves. Any of his novels are worth it, but this is a guaranteed catharsis.

It is one of the most awarded books by Yan Lianke, one of the best current Chinese writers and a regular in the pools for the Nobel Prize in Literature. It is a wonderful satirical fable that helps to understand Chinese society in recent decades. It remembers the masters of Latin American magical realism and connects at the same time with the best of the great poetic tradition of China. The translation into Spanish, by the sinologist Bethlehem CuadraIt is also great.

With agile reading and direct language, the third novel by the Mexican writer Fernanda Melchor addresses the raw violence that exists in her country from the point of view of two young adolescents from different social classes, capable of committing an atrocious crime. ‘Páradais’ is also Melchor’s first short novel where he fulfills a “debt” by abounding in topics that he had already addressed in his literature such as violence in adolescence, machismo and inequalities.

Summer is an ideal time to meet ‘Agostino’ (1945), the young man who gives his name to Alberto Moravia’s book, recently reissued in Spanish. It is a short novel about the sexual awakening of a modern Oedipus and the turbulent emancipation of his mother. Its plot, at a simple glance, hides interesting and very current reflections on the trance of growing up, instincts and the will to feel like a woman at the same time as a mother. Everything with the summer, its nights, the harshness of the sea and the Tuscan coastline as a backdrop.

Ovenden, director of the Boedleian Libraries of the University of Oxford, part of the burning of books by the Nazis in 1933 to narrate the attacks that libraries and archives have suffered in history, from the Library of Alexandria to John Murray burning the memoirs of Lord Byron, to the library of the Catholic University of Leuven, doubly destroyed and rebuilt after the two world wars, or Donald Trump deleting shameful tweets.

– ‘The Wild Girl’, by Delia Owens (Attic of Books)

Since the publication of ‘The Wild Girl’ (‘Where the Crawdads Sing’), by the American Delia Owens, this novel, the first that the septuagenarian author has written, has spent eight months in the first position of the list of books New York Times bestsellers. An ode to nature, the book is full of exquisite descriptions that transport the reader to the quiet swamps of North Carolina (USA), the scene of an unusual love story, a battle against loneliness and a mysterious crime.

Alfaguara 2021 Novel Prize, ‘Los abismos’ is written by the Colombian author Pilar Quintana. It is a short story, of an intimate nature, that is read at once and that catches from the first line. With the eyes of a girl we live a story of women, broken families and precipices. It is from the novels that are remembered, that remain in the memory with a certain feeling of vertigo and unease.

– ‘Until you can love yourself alone’, by Pablo Ramos (Alfaguara)

Summer also opens the doors to more reflective readings, which, due to the dizzying pace of everyday life, tend to go unnoticed. An example of this type of narration is “Until you can love yourself alone”, by the Argentine writer Pablo Ramos, a book made up of twelve stories that are the twelve steps of an addict to overcome his illness. It is a hard work, but in its pages a whole life lesson hides: nobody is saved alone, we always need that “other” to help us.

In the heat of the Black Lives Matter movement, Whitehead draws on a shocking true story to talk about racism and segregation in the US To do this, he tells the story of two black boys locked in the reformatory of horrors in Florida at the beginning of the decade of the 60. With impeccable prose and structure, This novel has a surprising twist at the end that will blow the reader away. Unanimously praised by critics, with this book Whitehead won his second Pulitzer Prize for Fiction in 2020.