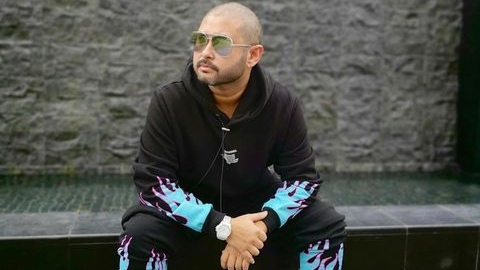 The crown prince of the Johor Sultanate – one of the nine of the Malaysian constitutional monarchy – does not want to limit himself only to his royal tasks. Tunku Ismail Sultan Ibrahim, 36, seeks to “make history.” And for this he has set his sights on Valencia CF, of which his close friend, Singaporean Peter Lim, is the largest shareholder. A sports fan, the son of Sultan Ibrahim Ibni Almarhum Sultan Iskandar assures that it is not money that motivates him, but “glory”.

“I’m not new to football,” he wrote on his Instagram account, in which he indicated his interest in becoming a capitalist partner of the Spanish club, for which he has to close an agreement with his friend Lim, who will maintain the 51 percent of the shares and therefore control of the entity, according to the regional television À Punt. The prince is the owner of the Malaysian league champion Johor Darul Takzim FC, which has won 16 titles in the past eight years.

Johor Darul Takzim FC’s triumphs appear to have given Tunku Islamil Sultan Ibrahim the confidence to launch into more international adventures. Tunku Islamil Sultan Without a known link with Spain, it would be his friendship with Lim that has served as a bridge to find new investment opportunities. The prince will also dedicate himself to managing the sports field of the entity as general director, and could even take over from the worn-out Anil Murthy as president. Tunku Islamil Sultánson and Peter Lim are close – partly because of the geographic proximity of their states as Johor borders Singapore – and have appeared together in public on numerous occasions.

The life of the future sultan who could become part of Valencia CF is not well known. He is the first-born of the six sons of the twenty-fifth Sultan of Johor, Ibrahim Ibni Almarhum Sultan Iskandar. From his father he has inherited a passion for sports, as his father is the founder of an annual motorcycle event in the state – very rich in oil – the Kembara Mahkota Johor. Born on June 30, 1984, he is married to Che Puan Khaleeda, a decade younger than him and also family ties to the royalty of the southern Malaysian state, which has a population of nearly 3.5 million people. Together they have had three children – 5, 4 and 2 years old – of whom the beautiful Che Puan Khaleeda, very popular on social networks, hangs idyllic family images, either in her luxurious apartment, on board a yacht or riding a horse.

Like their father, both combine a traditional image – the Sultan is the highest representative of Islam in his state, a religion professed by the majority of the Malaysian population – with a more modern one. Last year, the prince was appointed in charge of leading activities for youth in Johor, with the aim of uniting the population, regardless of race, religion or political leanings, while Malaysia, like neighboring Indonesia – the country with most Muslims in the world – is experiencing a period of religious radicalization. The Southeast Asian country is home to significant minorities: China (24% of the population) and India (7%). On his Instagram account, he likes to pose in sportswear with daring prints, but also dressed in traditional costumes at official events or in a military uniform.

Also a fan of luxury cars and polo, he is president of the Malaysian Football Federation. “I want to expand my empire, spread my wings and surrender to new challenges. I am not someone who is going to change the logo or the tradition of the club… I am here for the glory, the success and the history ”, declared in the social networks.

Heir to a family fortune valued at 750 million euros, according to the magazine Forbes, the prince will not be able in any case to neglect the palatial questions. He is set to succeed his 63-year-old father, who took the Johor throne in 2010. Although it is a role with powers subordinate to that of the Chief Minister of State, he still commands an independent military force and, alongside the eight other sultans of the country, succeed each other in the position of agong or head of state of Malaysia every five years, since the country became a parliamentary and rotating monarchy.

Since January 2019 Malaysia has a new king, Sultan Tergku Abdulán Sultan Ahmad, 59, of the central state of Pahang, a position he will hold until 2024. The sovereign replaced Mohamed V, who that same month suddenly resigned from the throne after barely two years in office, an unprecedented event. It happened after the publication in the media of some photographs that suggested that the decision of the ex-king of Malaysia had to do with his desire to marry the Russian Oksana Voevodina, former Miss Moscow, from whom he separated only seven months after their wedding.