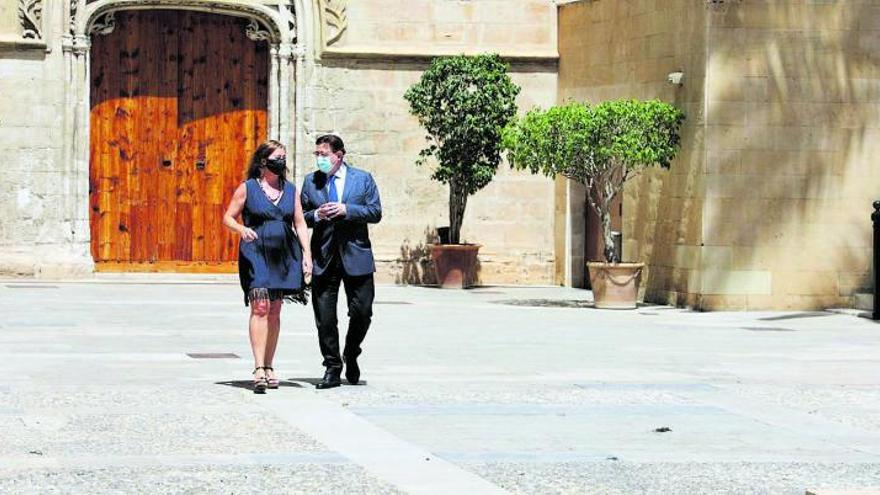 They are almost two soul mates with the same aspirations. But the two collide with the wall of invisibility condemned by a state agenda that excludes the problem of under-financing and grips the growth possibilities of both autonomies.

But the head of the Consell will also play away from home. In fact, he intensifies an “foreign” agenda that has already led him to make several visits to Barcelona in recent months, the last in June to participate in a summit with moderate barons of the PP, the president of the Xunta de Galicia, Alberto Núñez Feijóo , and that of the Junta de Andalucía, José Manuel Moreno Bonilla, or Francina Armengol herself, with whom she met this week in Palma.

An agenda that continues in July and again in September, with a conference in Madrid on the 21st of this month, and a visit to Seville that will open the political course in September.

Both solutions are due to the same strategy of amplifying the discourse of underfinancing and insisting on a “federal” route as a solution to the territorial problem and the need to listen to the peripheries. Puig will demand the financing reform in Madrid and will demand a “Valencian route” for Spain, an intermediate space between the recentralization that encourages many speeches that are heard in the capital and that of Catalan sovereignty, a unilateralism that the Consell respects but of which he has always shied away. A “Valencian road” which, according to Puig, is the only possible way out for Spain.

In the four cases mentioned, it is Puig who moves because the speech that is issued from Valencia does not reach enough power, but he also has the message that it is the head of the Consell who seeks to build bridges while others try to put up walls. Neither has the summit with the Balearic Islands had a great impact on the state agenda, but the will of the head of the Consell is to “keep moving.”

In all the meetings, the president has tried to coin new terms to identify common spaces between territories with historical ties.

In Barcelona, ​​last November, he called for progress towards a Mediterranean Commonwealth with Catalonia and the Balearic Islands and in Palma he christened the cooperation with the islands as the “Jaume I bridge”, using the historical link between the two almost identical kingdoms that the conquering king built eight centuries ago. In Madrid it will present the one of «peripheral centrality». With Catalonia it is more complicated. “We want to work with them,” says Puig, “but they have their aspirations and their reality, that is why we are making our way within our competencies; there is a desire to work together with the Balearic Islands ”, he said during the summit with the islands, which will be held annually so that this link is consolidated.

On Andalusia, Puig believes that it is also possible to join with the Moreno Bonilla government and bring ideological blocs closer. «We have a coinciding problem and we have to achieve a change of opinion in the PP, which stops being anchored in Aznarism; The ignorance that Pablo Casado has about the financing problem scares me, “Puig said this week in the Cortes after the leader of the PP left on Sunday in defense of the 2002 model, very detrimental to Valencian interests.

That “making the way” is looking for a way out towards a federal state because the tools with a federal vision offered by the state of the autonomous regions, the Conference of Presidents, the sectoral conferences or the Senate itself have long since gone into decline and do not work.

A message to the Government

All this strategy also has an implicit message to the Government of Spain. He did not like the response of the Minister of Finance, María Jesús Montero, when she met a few weeks ago with the Platform Per un Finançament Just, of which all the parties are part. And Puig’s speech that there are inequalities that cause injustices and that leads to disaffection is in line with the appeal to the Government of Spain, which delays the resolution of the problem despite the fact that it has promised in Congress to put a proposal this year.

In every strategy there is also an intention in the Presidency of the Generalitat to place Puig as a relevant figure in state politics and to cultivate that pactist and moderate profile against those who build walls or launch “selfish” speeches, they say, referring to the President of Madrid, Isabel Díaz Ayuso.

Visit of the Andalusian councilor

And, meanwhile, one of the preparatory meetings for future meetings is being held this week in Valencia. The visit of the Andalusian Minister of Finance, Juan Bravo, who will meet with the Minister Vicent Soler, is scheduled before Puig’s visit to Seville closed at the recent meeting in Barcelona.