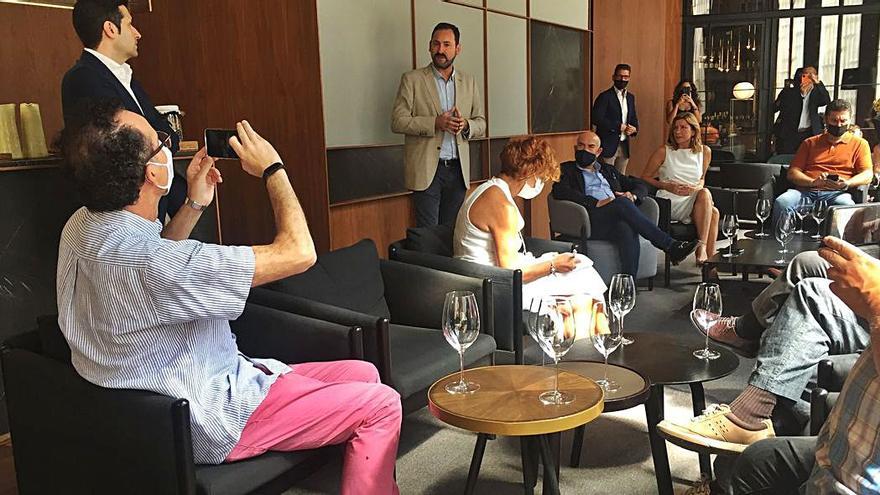 Ceràmic is a decidedly millennial Monastrell, with that elegant mineral and balsamic freshness of the last generation. It does not hide the fruit’s character of the variety and assumes the role of wood without complexes, but its Mediterranean character appears more linked to rosemary than to carob, for example, and its robustness is more Burgundian than Bordeaux: feminine and masculine , which was said when nothing happened to apply such analogies. Much has to do with the poor and chalky soil of La Algueña and La Romana, where the grapes come from, but also Hidalgo’s skill in the Utiel winery where Ceràmic is made. It is certainly a journey that, in future harvests, the DO Valencia will no longer be able to cover: a recent court ruling limits such territorial magnanimity. Less than 40,000 bottles of Ceràmic have been produced, which in the Gandía online store cost 25 euros and whose distribution is aimed at the best restaurants and shops. The triad of super-exclusive wines from Gandía will be completed in January with a Clos de Gayud that promises elegance and subtlety “in pitchers”.

The highest enogastronomic peaks and a sincere commitment to the land: Ceràmic and Ricard Camarena are such for which. So, to present its new wine to the specialized press of the Region, Gandía chose that restaurant in Valencia with the same name as its creator, who left behind – or in other businesses, such as Canalla Bistró – his taste for the exotic and the radical. In order not to elaborate on its involvement in the territory, let’s say that the Smart Green Guide, an international reference in this regard, has included it this week in the World Top 10 – in eighth place, specifically – of “vegetable” restaurants, which are not vegetarian. . Indeed, Camarena works the vegetables with the fidelity of a lover that goes from his own garden to the table but does not prevent them from promiscuating most times with fish and shellfish. Also, in one of the 21 deliveries on his menu, with lamb juice. Onions, peppers, celery, tomato, green beans, citrus fruits, herbs, aubergines, fruits or zucchini -also in dessert- coexist without complexes -on the contrary, assuming the leading role- with anchovies, cod, lemon fish, shrimp, red shrimp , hake or lobster.

Camarena puts into practice like few others that way of acting as a host that replaces the tiresome way of the cross from table to table, at the end of the service, by a full welcome, at the beginning and at the foot of the stove, to offer the first bites -or the second ones, after a previous stop in the hall – with demonstrations and explanations of his technique and philosophy – vegetables, always vegetables – as elementary as they are convincing. And let’s not forget to underline, once again, the enormous stature of Ricard Camarena – well, at this point, of a team that the chef claims with conviction – as a dessert cook: unforgettable fig with cold fig leaf broth and cream fennel flower frost. The Ricard Camarena restaurant has two Michelin stars and deserves more than the third.

Camarena welcomes you in its restaurant at the foot of the fire pit. | LRS

The most conspicuous of the Valencian chef’s businesses is in the Bombas Gens building, a magnificent example of modernist industrial architecture where, by making two different meanings of the word “pump” unusually agree, hydraulic equipment was manufactured since the 30s and grenades mortar during the Civil War. That made it a target of Franco’s aviation and forced it to equip itself with its own bomb shelter, currently accessible, like the entire complex, on guided tours. Submerged in the most dilapidated abandonment since the 90s, it was restored in 2016 and 2017 by the patrons José Luis Soler – Mercadona’s pharmacy and cosmetics supplier – and Susana Lloret, his wife, who enabled it to house their private collection of contemporary art. -mainly composed of photographs and abstract paintings- and the Fundació Per Amor a l’Art, structured around it.

What began as a proposal by Soler for Camarena to take over the restaurant and cafeteria services of the new contemporary art center ended in the transfer of the most gastronomic of his businesses – the Ricard Camarena restaurant, which already had a Michelin star – from the center of Valencia to this area that was peripheral and is now fully urban. Precisely, the excavations carried out during the reconstruction of the building revealed its past as an orchard farmhouse since the 14th century, including an underground cellar destined to make wine and keep it in jars, in a line that Ceràmic and others rescue to turn into a vanguard the most ancient practices.