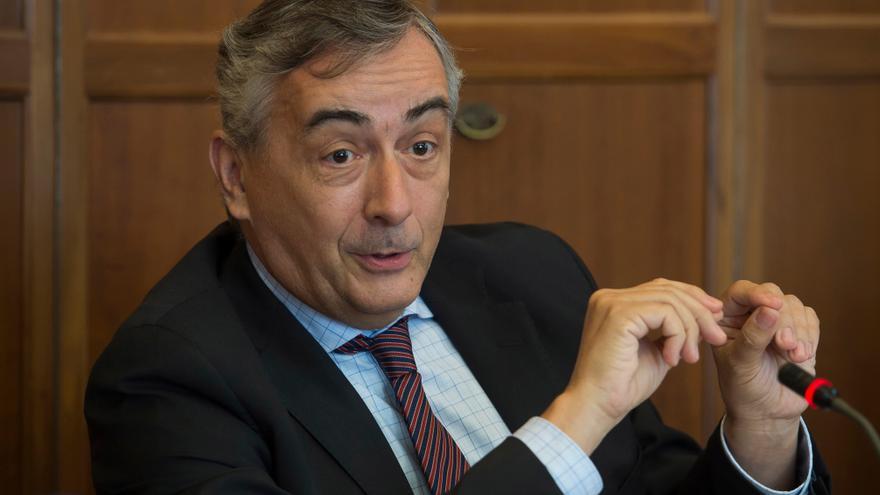 The downward revision this year is mainly due to the impact of the rise in energy prices and the shortage of components and raw materials around the world, which remains approximately half of the 1.2 point correction for this year .

Thus, Funcas has anticipated that the rising cost of electricity and other energy products, together with the supply bottlenecks like semiconductors, metals and minerals, they will continue to pressure inflation.

In addition, the reduction in growth forecasts for this year is due to the “unexpected” downward adjustment by the National Institute of Statistics (INE) of the calculation of GDP growth for the second quarter of the year, which went from 2.8% initially estimated to 1.1%, as explained by the general director of Funcas, Carlos Ocaña, in press conference to present the economic forecasts for Spain in the period 2021-2022.

As for the forecast for 2022, which rises two tenths, the general director of Funcas has explained that it is expected a “gradual” return to activity levels prior to the pandemic, although it has warned that this estimate will depend on meeting expectations that inflation will moderate in the spring of next year.

Funcas thus joins other entities, such as the General Council of Economists, Caixabank Research or BBVA Research, which in recent weeks have announced the reduction of their growth forecasts not only for 2021, but also for next year, mainly due to the delay in the execution of European funds.

In addition, organizations such as the International Monetary Fund, the Bank of Spain or the Independent Authority for Fiscal Responsibility (AIReF) have already reduced or advanced a “significant” reduction in expected growth for Spain.

All this contrasts with the macroeconomic scenario of the Government included in the General State Budgets of 2022, which places the rise in GDP at 6.5% in 2021 and 7% in 2022. On these, the Prime Vice President and Minister of Economic Affairs and Digital Transformation, Nadia Calviño, has defended that the macroeconomic forecasts of the Executive are marked by “prudence”.

Looking to 2021, Funcas also highlights the lower expected growth in private household consumption due to the impact of the rise in prices. “Your disposable income will stagnate in real terms compared to the 1.7% increase expected in July “, has anticipated the entity.

Similarly, business activity will show the rise in production costs, moderating investment growth. On the contrary, the public consumption It is the main aggregate of internal demand revised upwards, reflecting the evolution of the expenditure of the administrations in personnel.

For its part, the contribution of the foreign sector will be four tenths, compared to the three expected in July, due to the good performance of the exports It will compensate for the loss of vigor in the world economy.

In general, Funcas points out that the indicators available for the third quarter point, in general, to a significant rebound in growth and will compensate for the weak performance of the economy between April and June, above all, due to a more vigorous-than-estimated rebound in tourism.

The improvement in the economy will be perceived in the labor market and, in EPA terms, the number of employed could reach the pre-crisis level by the end of 2022, after an increase of 4.9% in 2021 and 2% in 2022 in terms of national accounting, according to Funcas forecasts.

Nevertheless, the unemployment rate will be 14.6%, still far from the pre-pandemic level. The forecast includes the risk of unemployment and inactivity of the more than 200,000 workers still in ERTE.

Although the recovery will also affect the budget balance, the public deficit will be 6% in 2022, a deviation of one point with respect to the draft General State Budgets (PGE) for 2022, while the public debt will stand at levels close to 117% of GDP.

As main risks to the recovery, Funcas warns that the upward cost cycle could be more persistent than expected and, if it lasts beyond next spring, households and companies would face cuts in purchasing power that would weaken the force of the demand. Inflation would reach 2.9% in 2022 (seven tenths more than in the central scenario), slowing the rebound in domestic demand, and GDP growth would be cut to 5.5% (half a point less).

Furthermore, in this hypothetical scenario of more persistent inflationary pressures, the ECB could tighten monetary conditions, which would be reflected in the financial costs for the administrations and the most indebted sectors. Although it does not have to affect the recovery of the economy, the “normalization”, even gradual, of the monetary policy will put to the test Spanish economic policy and its capacity to make reforms and create an environment conducive to investment, taking advantage of European funds.