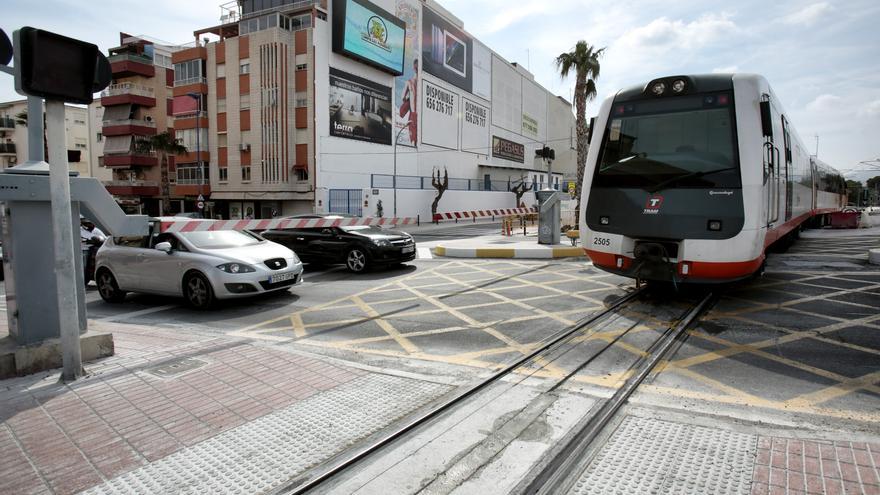 Therefore, users who travel from Alicante to Hospital La Vila may do so by train, while passengers who wish to continue the journey towards Dénia must previously transfer in the Creueta to the bus.

For this reason, the train-TRAM of Line 1 (Luceros-Benidorm) will end their journey at Hospital La Vila. In the opposite direction, the transfer to the bus must be made at Benidorm Intermodal and your train journey will resume at the Creueta stop.

The bus stops will be held in Creueta, Costera Pastor, Hospital La Vila, CC La Marina-Finestrat, Benidorm and Benidorm Intermodal, while the Terra Mítica stop will be left without service during the works.

For its part, the Benidorm city council has reported that, due to the works in its municipality, from May 17 to mid-June it will proceed to reduce to one lane of traffic, instead of two, in descending direction Beniardá avenue from the N-332 access roundabout to the junction with Estación Street. In addition, the sidewalk next to it will also be out of service due to construction, so recommends that other access routes be used entrance to Benidorm.

Customers are advised to find out about the scheduled times, as well as the locations of the planned bus stops, on the TRAM website, on the free information phone, Customer Service (900 72 04 72) , on the stations themselves and on social networks.

Affection in other stations

Continuing with the execution works of the improvements of the TRAM d’Alacant, the affections continue in Altea, Garganes, Olla Altea and Cala Piteres. These conditions do not entail the modification of the service, so users will be able to make their journeys according to the indications of the changes produced.

On Altea, the stops will continue to be made on the central platform on the provisional platform set up for this purpose.

On Garganes, the stop will be made on a provisional platform made in front of the one that is being lowered for works until its completion.

On Be Altea, all trains will stop at platform 2 while platform 1 is lowered and adapted, currently suppressed.

At the halt of Cala piteres, where the works to lower the platforms continue, since the 11th the access for People with Reduced Mobility (PRM), which had been temporarily suppressed, has been recovered.

On La Vila Hospital, platform 2 will be out of service from May 17, with all trains stopping at platform 1. Furthermore, since platform 2 is disabled, the passage between platforms will be eliminated. This situation is expected to end as of the second half of June.

These actions are part of those being carried out by the Generalitat, through FGV, throughout the TRAM d’Alacant network to improve quality and standardize service conditions between Alicante and Dénia.

Waiting to suppress the level crossing

Apart from this work to improve the Tram Station in Benidorm, the great work that the city trusts that the Generalitat will start from this year is the abolition of the level crossing of Avenida de Beniardá, a project that will have a investment of approximately 5 million euros and that the Consell plans to tender throughout this year.

The project and suppression of this level crossing, which forms important retentions in one of the main access arteries to the city, includes burying traffic on this avenue with an underpass for vehicles, while the train will continue to pass above but «tram».

Also Read  Malaria: the promising vaccine that showed high efficacy for the first time in fighting the disease