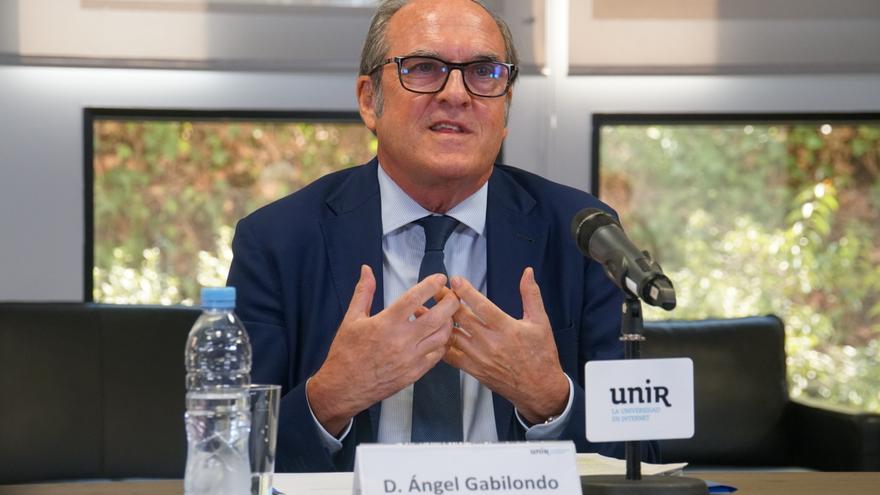 The former socialist minister Ángel Gabilondo, defended this Wednesday, agreements, moderation and dialogue as the main assets for his candidacy for the Ombudsman’s Office and has remarked that the current context is different from the one experienced during his political stage. “I must not be partisan, nor sectarian“, has declared.

This was stated during his appearance before the mixed Commission (Congress-Senate) of relations with the Ombudsman, where his candidacy for this position has been voted.

With the votes in favor of PP and PSOE, and the votes against Vox and Ciudadanos, Gabilondo has obtained the simple majority required so that your candidacy is now sent for a vote in plenary.

In his speech, Gabilondo has used qualifiers such as “emotion”, for speaking before Congress, and of “dignity”, “rigor”, “efficacy”, to signal his intentions to the Institution which, he has indicated, is of enormous importance for “the defense of rights and freedoms” of citizens.

In this sense, he has shown his respect for the figure of the Ombudsman who, as he has indicated, is “very defined” by law, and in which citizens seek “some protection” in situations that administrations cannot solve for them. This must lead the Ombudsman, as he has explained, to the “request” for modifications or regulations and to requests for respect for freedom. “Count on my dedication and willingness to work for this,” he said.

He has also shown his desire to “collaborate” and “work together” with the ombudsmen of the Autonomous Communities who also have this Institution. In his opinion, this “solidarity” contributes to what “must be pursued” which is “coexistence in a society”. “A coexistence that is being demanded by all and in which we all have to work to achieve”, he declared.

“I understand that the proper functioning of the Ombudsman to the extent that it contributes to political order and social peace,” he pointed out, adding that it is also in his work. “show parliament and citizens how the powers of the state work through citizen complaints “.

In this sense, it has also defended a “dynamic and practical” Institution that “immerses itself in society” and pays “special attention to the vital framework” where “the life of citizens” takes place, paying “singular attention” to the ” particular cases “for discover “what is wrong” or “what could work better” and to “help citizens in the complexity of the functioning of the State.”

Gabilondo has referred, beyond the complaints of citizens, to the involvement of the Defender in issues such as education, abuse, gender violence, housing, deprivation of liberty centers and, also, victims of terrorism. In this sense, he has indicated that, although ten years have passed in which there are no murders, his work will be to “influence” to achieve “reach all the victims” and “clarify all the cases” to the extent of his powers. “We are not judges and we should not be,” he pointed out.

In his opinion, only with this involvement “will the highest social support and recognition be achieved.” “It is not only necessary for the Defender to be independent“, he assured. For Gabilondo, the head of the Institution must have” rigorous “,” well-founded “,” novel “and” advanced “actions to achieve social and political” respect “.

Both PSOE and PP have valued Gabilondo’s words. The representative of the Socialists in this commission, Mariano Sánchez, has highlighted the work of “public server” of the former minister, as well as “his passion for work”, for “the common” and his “responsibility”. Meanwhile, the ‘popular’ have been grateful that he has spoken of moderation, of fighting sectarianism and of seeking agreements.

The PP spokesman in this debate, José Ignacio Landaluce, has pointed out that, despite the agreement with the PSOE, his party will be “vigilant” to the work of the Defender. And he has also had words about the criticism for his negotiation with the socialists, pointing out that the “great agreements” reinforce institutions and independence. “They may not like it, but it is legal,” he said.

Criticisms of Vox and Cs

The speeches of the two parties that have voted against have been very different. From Vox, its spokesman in this debate, Julio Trilla, has disfigured the two main parties present in the Chamber that have “staged” a confrontation “for months” and then reach agreements to “place their acolytes” in the different institutions .

As for Gabilondo, the deputy has reproached him for making a call to “isolate Vox”, after the elections to the Community of Madrid, to which he ran as a socialist candidate. Vox has questioned whether, now, as Defender, he will leave “almost 4 million Spaniards without defense” just for “not thinking” like him.

For his part, the orange José Luis Muñoz has explained that his negative vote is due to “the forms”. “Citizens will not enter this game between PP and PSOE” that, he has criticized, they agree “for armchairs” and not for “important things in the country.”

Also Read  Raquel Pelaez: The hangover of the century | Madrid

Has “paid the price”

After thanking all the spokesmen for their intervention, Gabilondo explained that he has never been affiliated with a party and explained that has “paid the price” for its independence. In his opinion, his thinking passes by “serving the Constitution and the human rights of all without distinction” and has insisted that his current situation is not the same as in an electoral context.

“You will not be able to extract the experience of my life from me,” he acknowledged, to ask that he be respected with his “values” and insisted that he does not present himself in the Commission as “electoral candidate” or “candidate of a party”. “I present myself as a candidate for the service of all,” he concluded.