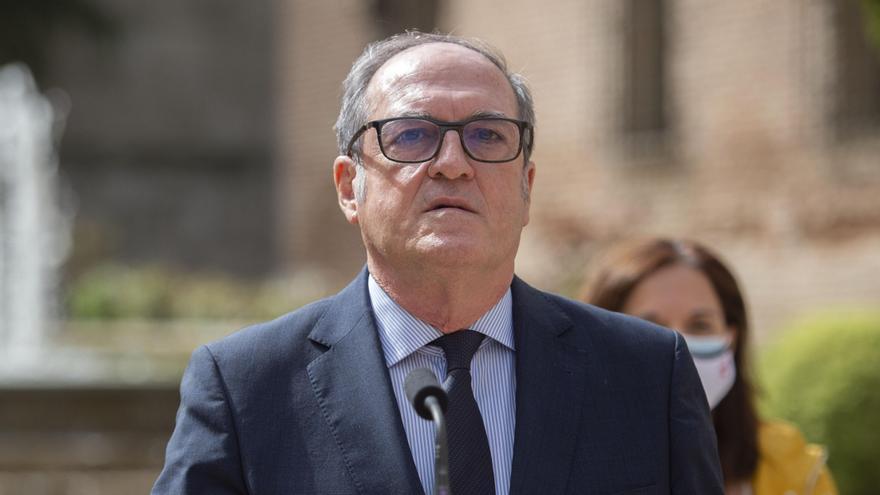 The socialist candidate for the Presidency of the Community of Madrid, Angel Gabilondo, has promised if the polls support him on May 4 to launch a plan of direct aid to companies endowed with 1,300 million euros.

In an act shared with his number two, Hana Jalloul, and the Secretary of Organization of the PSC, Salvador Illa, Gabilondo has advanced other measures that he would promote from May 5, such as advancing the curfew at 10 p.m. in those municipalities with a cumulative incidence of coronavirus greater than 300 cases per 100,000 inhabitants.

Together with an increase in screening in the areas with the highest incidence given that in the Community “there is capacity for more than 200,000 weekly tests“.

“In 24 hours it can be done, the government of the Community can be summoned with an extraordinary council to transfer a budget of 80 million euros from the contingency fund because restrictions on activity must be accompanied by direct aid “, he indicated.

The 4M socialist program incorporates a direct aid plan for companies endowed with 1,300 million euros. “We want to support SMEs, the self-employed, hospitality companies, businesses. We do not leave them in distress. We want to promote new active employment policies, with more training, with incentives for hiring, betting on the internationalization of companies. SMEs “, has shelled.

For his part, the former Minister of Health and leader of the PSC in Parliament, Salvador Illa, has attacked the management of the president of the Community of Madrid, Isabel Díaz Ayuso, whom he has accused of institutional disloyalty by taking advantage of the moments in those who they needed to “row together” to “continue twitching.”

“Ayuso has been more focused on attacking the Government of Spain than on protecting Madrid and its citizens when it was most needed “, Illa has stated.

“It is fanaticism, it is the spectacle. I do not have to tell you where all this leads,” he criticized, and stated that the tension “that he knows well in Catalonia” is beginning to settle in Madrid. “A government that is not interested in management, that expels its partners and makes us go to the polls out of sheer partisanship, “he insisted.

In a meeting with the candidate for the presidency of the Community of Madrid, Ángel Gabilondo, and the number two on the list, Hana Jalloul, Illa has ruled that politics is full of nuances, compared to what it does. “choose between trenches”, which is “useless”.

“The policy that wants us to choose between white and black is useless,” he had an impact, and explained that “he knows well what he’s talking about”, in reference to the political polarization in Catalonia and the strategy of the PP campaign in the Community of Madrid.

Likewise, Illa insisted that Spain has learned from mistakes and that it will come out of the crisis “protecting and creating jobs and not leaving aside the most vulnerable“.” This is doing politics, “he said.

“The revolutionary thing is to be sensible”

The former Minister of Health has highlighted the work and trajectory of Gabilondo and has emphasized that he always “has understood politics as the noblest activity, as a service to the common good “, politics” with capital letters, but without bombast. ”

“Only socialists can offer the stability and good management that Madrid needs after years of mismanagement and an evident lack of institutional loyalty, something that has been accentuated in the last year“, Has expressed.

Furthermore, Illa has considered himself another politician “bland, serious and formal”, like Gabilondo, whom he considers “brave”.

“Courage is what you have left over, Angel”, he has expressed, and has criticized, the confusion between this quality and radicalism, as well as the perversion of “moderation.”

“Being moderate and compromising is nothing short of being a coward. I claim here that courage is inversely proportional to intransigence: it is sitting down to negotiate with someone who thinks differently from you, understanding and assuming that we must all give in a little.