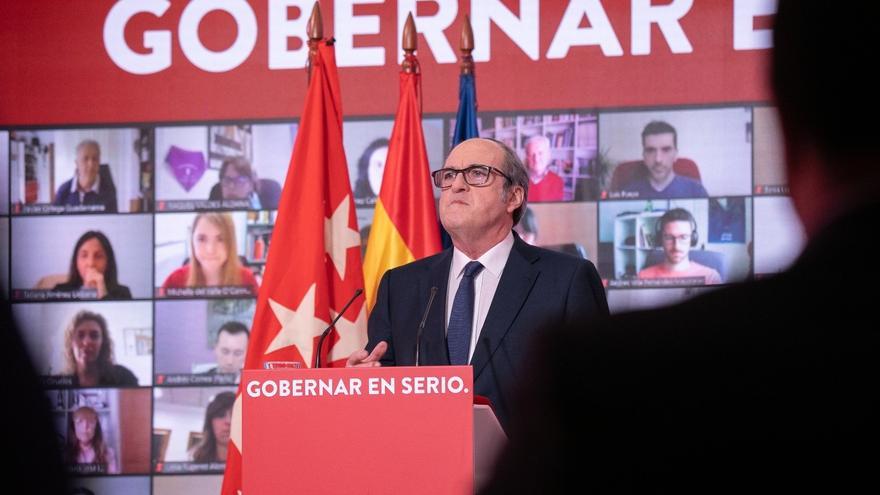 The PSOE candidate for the Presidency of the Community of Madrid, Ángel Gabilondo, has announced this Saturday that if he is elected president on May 4, will form “the first joint government in Madrid” and will approve a Law of Equality in autonomy.

In an act on equality held at the headquarters of the PSOE, in Ferraz, Gabilondo, accompanied by the first vice president of the Government and secretary of Equality of the PSOE, Carmen Calvo, and the ‘number 2’ of the list, Hana Jalloul, has also advanced that a urgent plan for victims of gender violence and women in a situation of special vulnerability. In this way, their social and labor incorporation would be guaranteed, as well as giving them housing solutions. With this, they also intend to shield state funds for the fight against gender violence so that they are destined “effectively” to this policy.

For the socialist candidate, “silence, invisibility and fear” are the main causes of machismo and it has disfigured the regional president, Isabel Díaz Ayuso, her way of understanding feminism. “Feminism is not extreme. It is justice, it is democracy and it is rights. Thanks to all the women who have fought for equality all their lives and who have taught us to do it to men, “he claimed.

At this point, Gabilondo has indicated that “we want you free and alive” is not a “slogan”, but “a conviction and a truth”, because the word of woman “is irreplaceable and irreplaceable”.

The PSC candidate for the presidency of the Generalitat, Salvador Illa, has stated this Saturday that the presidential candidate of ERC, Pere Aragonès, is “politically weakened” after the failed investiture on March 30. “Aragonès attended an investiture and was defeated in two sessions. He was the candidate with the fewest votes in an investiture,” Illa said in statements to the press from Canovelles (Barcelona).

Before him “confrontational approach“Representing, in his opinion, the pro-independence parties, Illa has once again vindicated itself as the” alternative “that Catalonia needs” as the winner of the elections. ”

The socialist candidate has asked to be given “the opportunity” to form “a Government of public servants” that deals with “defeating the virus” and “reactivating and transforming” the economy, and for this reason he has reiterated that he will tell him again to the president of the Parliament, Laura Borràs, who wants to appear for the investiture. “I want to demand that some political formations get off the bus of confrontation, that they stop making badges of good and bad Catalans and that the Government is formed and that concrete and real problems can be addressed “, the former Minister of Health has riveted.