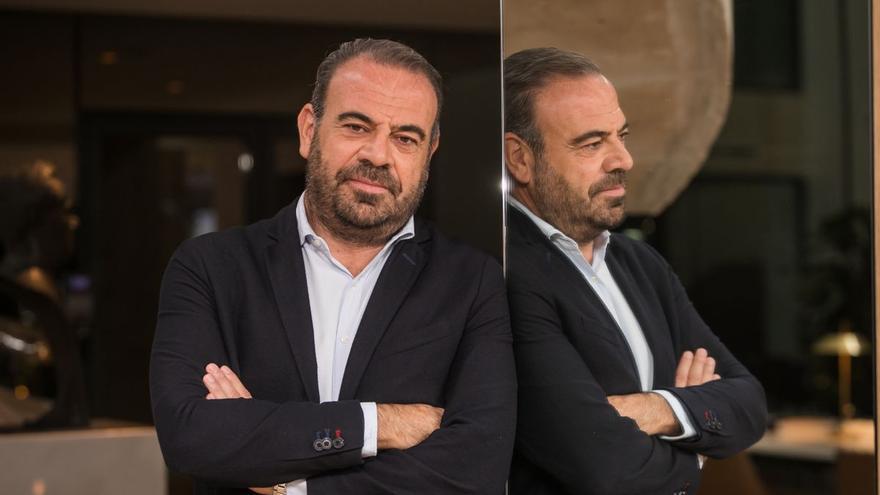 You have been warning that tourism could not afford to lose another year. Has the year been saved? Has the new demand been enough to activate the sector?

As analyzed in the latest Exceltur report, the turnover of tourism in 2021, although improving on that of 2020, has remained 43% below the level of 2019, so obviously the recovery is not enough. Nonetheless, the sector has made an effort to incorporate as many workers as possible, and employment only fell 24%.

Will the sixth wave and the spread of covid by omicron delay the recovery of tourism again?

Undoubtedly. Ómicron has represented a sudden stop in the recovery that had begun in the third quarter of 2021. Until then, our company’s revenue curve had not stopped growing: in the second quarter we doubled the revenue of the first and in the third we duplicate those of the second. The sixth wave has caused a sharp slowdown in December, which will still affect the first quarter of 2022. The question is whether we will arrive in time to have a positive Easter, which would mark the definitive turning point to overcome these years of falls.

When is it likely that the sector will consider the crisis over and return to pre-pandemic levels?

The full recovery of income levels will not occur until the end of 2023, but it will occur at two speeds: the segment and the vacation destinations will practically recover the activity levels of 2019 at the end of 2022, while the urban and business segment it will slow down and not reach pre-pandemic levels until 2023.

Everything will depend on overcoming the pandemic thanks to vaccines and learning from society to live with the post-pandemic, without it continuing to disrupt our way of life, and so that countries do not return to impose indiscriminate restrictions such as quarantines, instead of improving prevention and coordination.

The Government extended the validity of the ERTE until the end of February. Will it be enough for tourism? Do you see the Government’s willingness to give differential treatment to the sector?

The differential treatment is fully justified by the differential impact that covid has had on our sector, with losses close to 80% of turnover in the worst moments of the pandemic, compared to a 13% drop in the national GDP as a whole. On March 1 we will not be prepared to incorporate 100% of the templates. Many companies that were viable before covid are still in serious financial difficulties, and will not be able to face the end of the ERTE at such an early time.

The sector has raised a unanimous position on this issue, asking the Government to maintain this figure, which has really been the salvation mechanism for many companies in the sector, as long as demand remains weak. And this will mean keeping them at least until next summer. Personally, I want to believe the word of the Vice President and Minister of Labor, Yolanda Díaz, who has assured us that it would be maintained as long as necessary for our sector.

Has the aid received by companies in Spain been sufficient to face the stoppage of activity? Will more help be needed?

In Spain, aid has been limited to ERTEs, which have been essential for the survival of companies and jobs, and public guarantees for credits by the ICO, whose effectiveness in many cases was limited by the over-indebtedness of the companies. Business. Direct aid has been meager and late. I regret having to compare it with the management in a country like Germany, where with a quarter of the hotels we have in Spain we have received much more aid.

Definitely, if we do not want to witness a massive destruction of companies in this last stage of the crisis, it is necessary to implement new direct aid for the sector, in addition to a more efficient and consensual allocation with the sector, of the Next Generation European funds. .

European funds should be crucial to boost economic recovery and modernize the country’s production model. Are you satisfied with the part that tourism has played in the Recovery Plan?

For a sector that generated 12.6% of GDP before the pandemic, the amount of 3,400 million set aside in the Recovery Plan is not enough. Even so, it is the most important amount that has ever been allocated to invest in the tourism sector. If it were well invested, it would be a historic opportunity for the modernization and competitive and sustainable transformation of Spanish tourism.

For now, we could not be more disappointed by the way and criteria for awarding the funds. In the first tranche, more than 600 million have been made available for 124 projects distributed among more than 600 municipalities, that is, a retail of funds without any strategic character, or backbone, transformer or with potential tractor or modernizer of the economy, which constitutes the philosophy of the Next Generation).

The tourism sector unanimously claims its own PERTE. What will it mean for the sector to have been left without him?

The aspiration, which we believe to be fully justified, is to obtain the approval of a PERTE for the sector, which would be oriented as a priority to the reconversion of a group of pioneering coastal destinations. We do not understand the Government’s initial refusal to approve it, arguing that the tourism value chain is diffuse and highly interconnected with other sectors, something that is clear and is not exclusive to the tourism sector since many economic sectors are interrelated. Only if a tourism PERTE is approved would there be an opportunity to access funds for large tourism projects.

Meliá lost 426 million in 2020 and another 166 million until September 2021. When do you expect the red numbers to go back and the group to be profitable again?

As of June 2021, we recovered positive EBITDA and generated net cash again, and this was very important. Coming out of a loss and into a net profit will cost a little more, but personally I am confident that, thanks to the recovery in demand and the improvements in efficiency and profitability that we have developed, we will be profitable again in 2022.

The group had set itself the goal of opening a new hotel every two weeks before the pandemic. How many openings have been postponed and how many have been definitively renounced?

Practically all the openings planned during the months of the pandemic have been postponed, but I am happy to confirm that as of the reactivation that we experienced in the third quarter of 2021, the openings were much faster, and in just six months we have opened 13 establishments and we have signed 21 new hotels, the volume that used to be signed in a normal year. For this reason, I have the utmost confidence that from 2022 we will return to the normal growth rate, and even faster.

Also Read  The solution to sensitive skin that came from jalapeños

Last year Meliá sold eight hotels in Spain to an investment vehicle for 204 million. Will there be more divestments?

Very likely there will be another sale of some assets, this time possibly in the Caribbean. We are contemplating an operation similar to the one we carried out last June, in which we will maintain a stake of close to 20% of the resulting company and a long-term management contract. Regarding the revenue objective, we estimate that it will also be similar to that of the operation carried out in 2021.

“Our family has the majority of the shareholders (54%), we could consider reducing it if there were a hyper-strategic project with value for all shareholders”

Is there a consolidation movement in the sector as a result of the crisis? What role does Meliá plan to play?

The market was already changing before the pandemic, because in Spain there is a very low level of brand affiliation of hotel properties. But the crisis has accelerated this trend, due to several factors: the digitization of society and the economy (which gives a clear advantage to the most advanced companies with strong direct channels and distribution capabilities) and a growing competitiveness of the market in general (affecting the most financially weakened companies more strongly). Normally after major crises there is a consolidation in the market, and certainly at this time there are many opportunities for alliances and for new forms of cooperation, through which independent hotels or small family groups can benefit from the competitive advantages of big chains like Meliá.

Has the group considered admitting new partners to its shareholding to reinforce the capital and face a position of greater financial strength in the current situation?

Our family maintains the majority of the shareholding [con un 54% del capital], but as to whether we would reduce our participation, we could consider it if there was a project that was hyper-strategic and that gave value to all shareholders. But at the moment we do not have it planned.