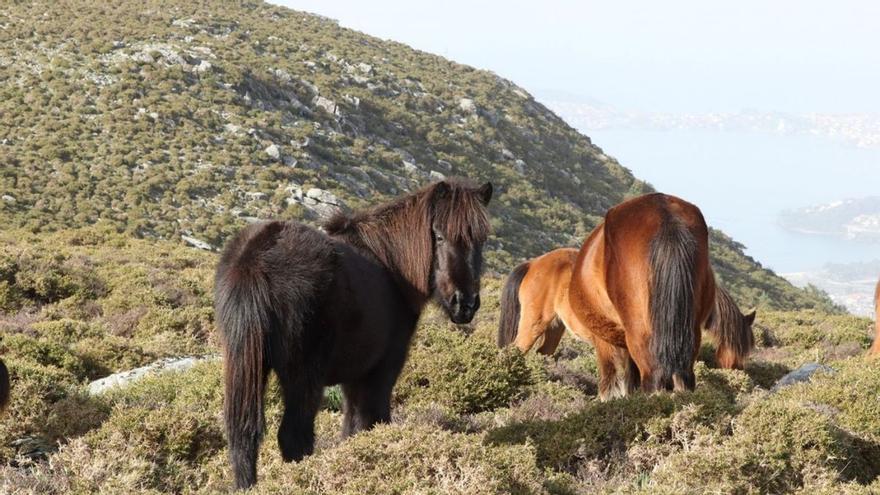 Protect wealth from ecosystems and the biodiversity, beyond productive criteria or whether or not they result in an economic benefit. A conception of the environment that is gaining more and more ground in public discussion, and that is related to the project than a team of researchers from A Coruña defended yesterday in the European Comission.

The European Initiative Life GrazeLIFE, in which they participate, in addition to the experts of the University of A Coruña, teams from eight different countries, promote the sustainable management of the territory through grazing and the use of large herbivores. The conclusions of the Coruña team denote the urgency of putting the means to continue conserving one of the most unique endemic riches of Galicia: wild horses or beasts, at the risk that their days are numbered. “There are a number of common elements in different areas of Europe and other unique elements. There are no other regions where there is the population of wild horses that we have here, where there is no human intervention except the curros once a year ”, illustrates Jaime Fagúndez, a member of the Coruña scientific team that also make up, Laura Lagos, José Antonio Cortés Vázquez and Flávia Canastra.

The experts chose, for their study, the enclaves with the majority presence of bestas in Galicia, Serra da Groba, in the south of Pontevedra, and the Serra do Xistral, north of Lugo. Maintaining these unique and singular ecosystems is an increasingly difficult task for the besteiros, due to the many obstacles of different nature to which they are subjected. Researchers warn of the possibility of a ecosystem collapse in the near horizon if no action is taken.

The counterpart, they warn, will not bring so much an economic return as greater benefits related to caring for the environment. “These animals bring indirect benefits in terms of the conservation of the biodiversity, mitigation of climate change or decrease in risk of fires. They are rates that are not valued in productive terms, but that benefit the whole of society ”, explains Fagúndez.

Given the possibility that these environmental rents may be compromised in the future, the researchers urge to take care of the producers, who are fewer and fewer. “There is a continuous regression due to various factors, some more structural, such as rural depopulation, and others that affect horses, such as implementation of European regulations, difficulties in collecting compensation for attacks by wolves that do have other types of domestic livestock … ”, the researcher lists.

The team of scientists put all these conclusions and calls for attention black on white in a report in which they tried to print a “positive” tone, giving place to the ecosystem values instead of alerting catastrophic way of the risks of his disappearance. They propose, to protect this natural heritage, different measures, which involve the necessary involvement of the public administrations. “We present recommendations on the day-to-day problems of the besteiros. We propose the definition of the areas of the traditional system of free horses or the limitation of the increase in Forest area and exotic species such as eucalyptus, which has a very low natural value”, Recommends the researcher.

Among other proposals to ensure the durability of these almost unique ecosystems, the group proposes, in its report, to promote the nature tourism associated with horses, or that they can be in the wild in freedom without the need for microchip, the perimeter closures to avoid accidents in areas close to roads, public third party insurance systems for wild horses, payments for presence of wolves instead compensation for damages and aid from the Community Agrarian Policy by habitat conservation criteria.

The underlying objective is to illustrate the enormous wealth of conserving these landscapes at various levels. “In addition to the environmental and ecological value, we must recognize its benefits from the point of view cultural, ethnographic and our heritage of the landscape and agrarian culture of Galicia”, Recommends Fagúndez.