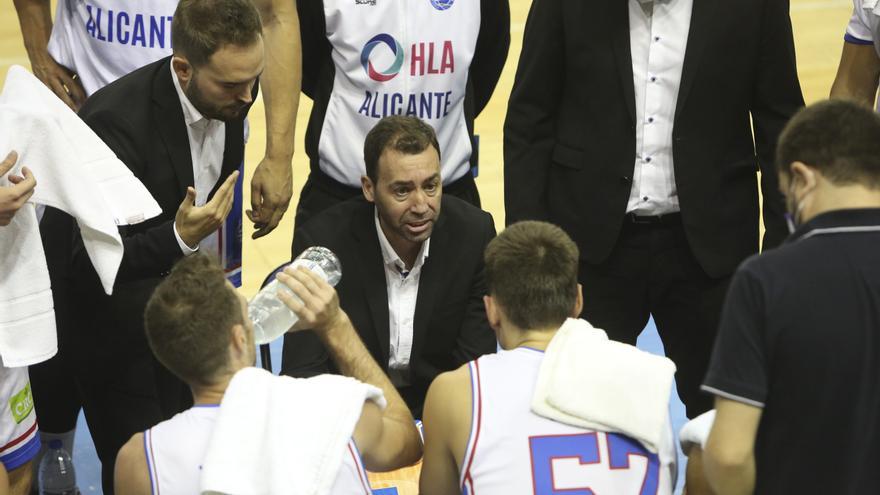 Summer is coming. The LEB Oro has become a bloody fight, a song of ice and fire. An absolute game of thrones in its final season. Ten teams compete for seven places as seven kingdoms to enter the play-offs. Only one of them will make a port in King’s Landing. The fight to conquer the throne of promotion has left defeats as painful and bleeding as the one suffered this Wednesday by Valladolid at the hands of HLA Alicante, which beat it by almost forty points. A whole red wedding for the pucelanos, who could barely resist the challenge of our immaculate. And, in the last two games, Lucentum has shown no mercy for their rivals, in true Ramsay Bolton style. This Sunday a new fight is fought. Which good Lannister, Lucentum wants to pay its debts and get rid of the thorn in Lugo since it lost there, just over two months ago, the Princess Cup, its particular battle of Aguas Negras. In this unique Winterfell that is the Galician lands, Rio Breogán awaits us, king in the north, in an almost impregnable fort. Our lord commander Pedro Rivero measure his strength against another young master, Diego epifanio, in one of the most interesting matches of the day. It has at its disposal only one of its titular bases, while Pedro LlompartLord of Dragonstone, recovering from injury. We do not know if there is blood Targaryen through his veins, but Justin Pitts has Ygritte’s marksmanship, Ygritte’s sagacity Tyrion and the agility of Arya to attack by surprise. You will be well equipped by Txemi Urtasun and Chumi Ortega, defending with the strength of a Dothraki and escorting with the loyalty and commitment of Brienne of Tarth. Maybe I will accompany you too Guillem Arcos and its glass artillery. Without wearing black but acting as a night watch, we have Jonas Zohore already Jorge Bilbao, a whole wall with two northerners that will be the fire that burns against the cold, the shield that defends the kingdoms of men. With the ambition of Cersei Lannister and the determination of a stark, Alex Galán he will impose his dominion of Altojardín and will demonstrate, once again, why he is, together with Rafa Huertas, the guardian of the south. The savages of the Kali Nord will not be in the Pazo dos Sports tonight to shout with all their might. The free people will cheer from home, on the other side of the wall, while Rivero and his men, from the bench, will unleash their dragons on the court, which devastated everything in the last matches at Pedro Ferrándiz with the Valyrian fire fired by Edu Martinez, Noah Allen and Stojan Gjuroski.

Today’s game is one of many that remains to be fought until the final fight that will decide who sits on the iron throne of the ACB. Fire and blood. Wolves, spells, dogs, red witches and the occasional white walker. A huge trial by combat. Will Breogán become the king of the seven kingdoms? Will we lose against the LEB Oro leader at home, against the most feared team in Westeros, the one with the most lethal balance for the opponents? I don’t know what you guys think, but my answer is the same as that given to the god of death: today, no.