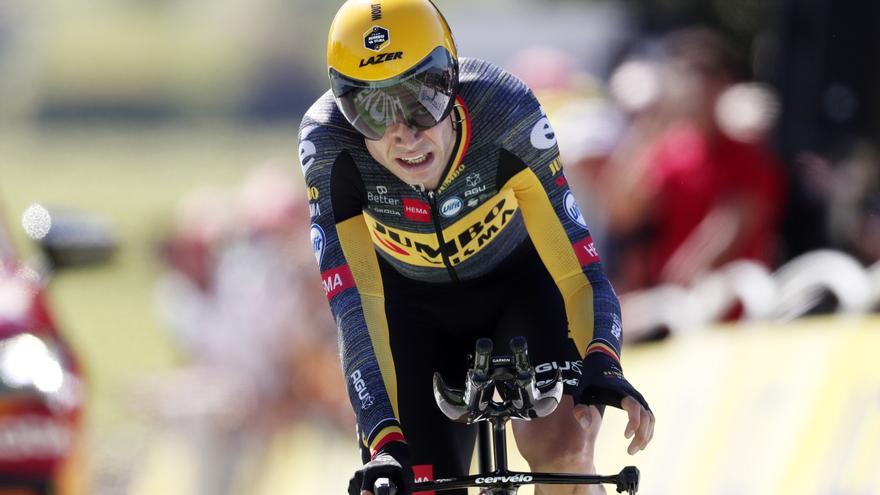 Belgian cyclist Wout van Aert (Jumbo-Visma) has claimed victory in the twentieth and penultimate stage of the Tour de France, a individual time trial of 30.8 kilometers between Libourne and Saint-Emilion, while the Slovenian Tadej Pogacar (UAE-Team Emirates) has been confirmed as the virtual winner of the race leading a ‘Top 5’ that has not been modified with the chrono.

In this way, Pogacar will revalidate his title of Tour champion, after beating his compatriot last year Primoz Roglic (Jumbo-Visma) precisely in the momentous last time trial of the French race. The Slovenian took command of the race on stage eight, snatching the yellow jersey from Dutchman Mathieu Van der Poel (Alpecin-Fenix), and dealt a fatal blow to the main favorites, who have failed to respond.

Pogacar will climb this Sunday to the top of the podium in the Champs Elysees, where the Danish will accompany him Jonas Vingegaard (Team Jumbo-Visma) and the Ecuadorian Richard Carapaz (INEOS Grenadiers), who have defended their positions in the clock.

In addition, the Australian Ben O’Connor (AG2R Citroën Team) will finish the gala round fourth – despite losing 21 seconds to Kelderman – ahead of the Dutch Wilco Kelderman (BORA-Hansgrohe), and the Spanish Enric Mas (Movistar) has confirmed its sixth place in the general classification. Pello Bilbao (Bahrain Victorious), meanwhile, finished the race ninth.

All in a day in which the Belgian Wout van Aert (Jumbo-Visma) took the victory with a time of 35:53, ahead of the Danes Kasper Asgreen (Deceuninck-Quick Step), at 21 seconds, and Jonas Vingegaard (Team Jumbo-Visma), at 32 seconds.

On a hot day in LibourneAsgreen, his country’s time trial champion who was the last to cross the finish line on Friday, was one of the first to go out and set the bar very high. He set the provisional best time already in Pomerol -km 7.6- and set it back to Mountain -kilometer 20.1-.

Thus, he crossed the finish line in 36:14, overtaking the Swiss reference Stefan Bissegger (EF Education-Nippo) in the time table, 23 seconds away. Meanwhile, the also Danish Mikkel Bjerg (UAE Team Emirates) managed to establish himself in the provisional podium, 31 seconds behind his compatriot.

The 36:31 of the Swiss Stefan Küng (Groupama-FDJ) placed him second, 17 behind Asgreen. Only Van Aert, who had already improved the Dane in 24 seconds at the second intermediate point, was able to climb to the top of the classification of the clock, a 35:53 that Pogacar could not beat (36:50).

This Sunday, the gala round will come to an end with a stage, the twenty-first, of 108.4 kilometers starting from Chatou and arrival to the majestic Elysian Fields from Paris. It will be time for the winners, led by Pogacar, to toast their successes with champagne and for the riders to fight, in the final sprint, for the last stage win.