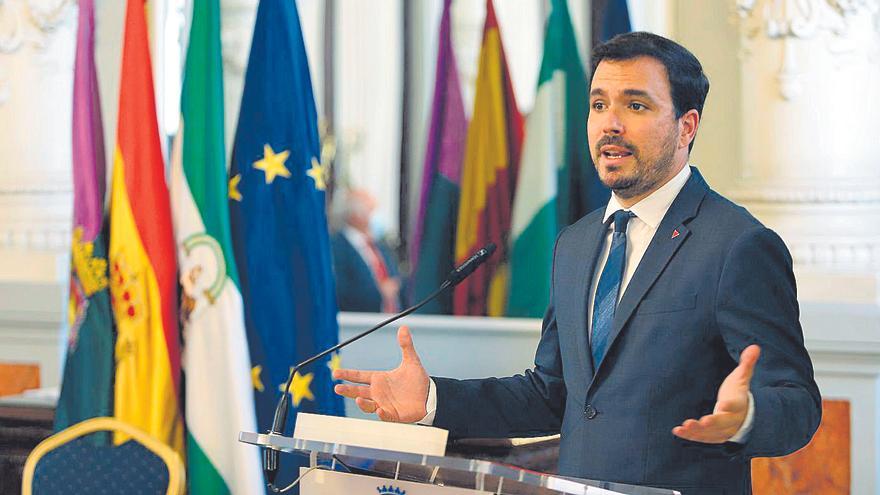 Minister Garzón, liquidator of Izquierda Unida, revolutionary of the word always inopportune and eager for fame regardless of the price, is not quite aware of his role as a minister, minister according to the Latin origin of the term, servant, therefore, of citizenship . In your uncontrolled megalomania, stop nonsense that almost always end up hurting someone. It is the same to attack the toy and mount a ridiculous strike, than to attack the meat against which it has an unbridled obsession, sugar, nougat or pastries. More than a minister, he believes himself a prophet destined to preserve us from all the evils that he, in his loquacious verb, announces as imminent. And it is not what the law establishes that he normally proclaims, but his opinions that he believes are superior to what the norm dictates. A Marxist moralist so dangerous, as unbearable, so fanatical, as intellectually indolent. It does not serve, but is served from his belief in assimilating as many drivers as in the world have been.

It is what it has to give such a subject a negligible ministry to fulfill the government’s quota of uncoordination, almost devoid of competencies and competent and so little esteemed by its president, despised one might say. So much so, that in the face of the last wild occurrence of the verbally incontinent Garzón, it has been claimed that he acts and speaks in his own name, not as a minister. It is hard and it must be that your own government degrades you and qualifies you as an individual, an intruder who must be supported. If I were Garzón, I would take my belongings and go to preach in the street; If I had a little dignity, I would go out to earn a living wherever I was treated according to my merits. I highly doubt that he will do so considering his resume and lack of known trade. It is clear to him. That bargain does not let go.

That a Spanish minister affirms in a foreign media (The Guardian) that Spanish meat, which we sell by tonnes to the United Kingdom, is of poorer quality than those that come from other civilized countries and that it comes from abused animals, of which who seems to be convinced in his sickly animalistic-looking obsession, is more than an excess and should lead to his immediate cessation. It is not enough to publicly discredit him, to humiliate him, because a fool with power is always harmful and he exceeds his jokes and occurrences too often. And they cost money and jobs that he targets with his scattered imagination.

The problem of intensive livestock farming is not Spanish, but global and excessively complex. Posing it as something specific to us and making an act of universal contrition, to be the most environmentalist in the world, is a symptom of Garzón’s tendency, in line with his relatives, to public flogging for being Spanish, something the latter that seems to displease him. Our livestock complies with the law. That the minister does not like it is his problem, but he should reserve his opinions and not oppose them to what is established and the farmers who comply with the legislation with effort. Prudence is not something that identifies you.

Reading the full story, as you insist on asking and not taking words out of context, does not save you from having said the wrong thing. He said what has been said: that our meat comes from “macro-farms” in which animals are mistreated and that it is of poor quality, that they are buying us meat in poor condition, will have been interpreted by the competitors who have gotten down to work to get us out of the market.

Garzón is a hick who speaks ill of his country, a chump who is a bargain for the interests of others against this Spain that, the leaders of the new left, do not stop zaher, the present and the past. A fool who enjoys stupidity in a position that he does not know how to exercise except with speeches that make us laugh, it is true, but when he makes them outside they hurt. Here we know it and it serves to our joke and delight, but outside they take it seriously. For now When they meet him, inevitably, he will have destroyed the toy, the meat, the nougat and everything that comes to mind as prodigious, as poorly furnished.

IU deserves something more than this merchant of folly, this profligate or embezzler of office, which he uses for improper purposes that a minister of Spain should pursue. That he stops giving advice is his obligation and also that of not doing harm to this country in need of support and help at a time when every attack brings consequences that those who are not empathic with others and are not able to get out of it do not understand. the books they have read, but may not have understood.

Garzón, like Belarra – what is she minister of? -, or Montero, Irene, are the sample that proves the insolvency of those who have no idea what it means to be ministers. His thing is the bland activism, the agitation and the chaos in the networks. I am not very addicted to artificial intelligence; I prefer the natural and human, the latter underdeveloped, as can be seen on many occasions. But, before these cases, the new one, robotics, gives me hope in progress.