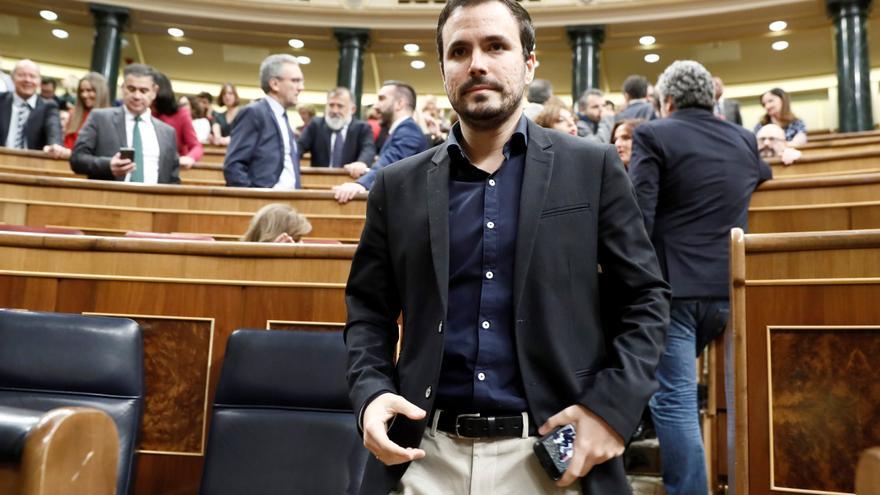 The Ministry of Consumption prepares a royal decree for restrict advertising of food Not healthy, and works in a measure aimed at limiting this content on social networks and new platforms, an area that until now had escaped any regulation. The department headed by Alberto Garzon considers food health as one of its main flags, along with the fight against gambling houses, and sees it necessary to curb trends such as junk food advertisements focused on children, in many cases starring widely known characters, such as case of influence Ibai Llanos.

This proposal, which will have to go through the Council of Ministers, is expected to be ready between the end of this year and the beginning of next year, although Consumption is still studying possibilities and working with the different actors involved to finalize the proposal.

The newest way that they study in the department of Garzón focuses on restricting this advertising on new platforms such as TikTok, Twitch, Instagram, Facebook or Twitter, where minors are more exposed as there is no regulatory framework.

The first of the options that arise would consist of agreeing with the different platforms a framework of common action in this matter, considering that the companies involved could agree to take their own initiatives in the face of the reputational damage that would imply refusing a plan that limits the advertising of junk food. In case of opting for this route and once the limits have been set, it would be the National Commission of Markets and Competition who could impose sanctions in case of non-compliance. The fines, however, could take years to arrive due to the slowness of the process and the possibility for companies to appeal these sanction proposals.

In the other option in which Consumption works, there is sanctioning capacity on the part of the Government. It is a proposal that, according to knowledgeable sources, would have a clear “Inspiration” in the Royal Decree that regulates game advertising. This rule, which came into effect on August 31, has significantly reduced advertising on social networks for gambling and betting.

Since the implementation of this royal decree, this type of content can only be disseminated when it can be technologically prevented that the ads end up reaching minors, the messages on these companies’ networks are also limited to users who were previous customers and all These websites and profiles are also obliged to periodically broadcast messages about safe gambling that alert the user to the dangers of gambling.

In the case of gambling, it is the General Directorate for the regulation of Gambling who has the sanctioning capacity in case of non-compliance. If a similar measure is finally applied in the food sector, the Ministry of Consumption would have to appoint another sanctioning body, which could be both the General Directorate of Consumption and the Spanish Agency for Food Safety and Nutrition.

Beyond digital platforms, where this type of advertising would have to be regulated for the first time, Consumption also plans to review advertising regulation in TV. Until now, companies were self-regulated by the PAOS Code, a self-regulation agreement signed in 2012 between the Spanish Agency for Safety and Nutrition and the main agents of the sector by which they committed to limit “advertising messages directed to children under 12 years”.

But from Alberto Garzón’s department they consider that the self-regulation system used up to now is “obsolete” and “is not working”, and that is why it is already finalizing measures to establish a regulation that obliges the sector to restrict the advertising of products. less healthy.

To determine which foods are not healthy, there are different scales that are shuffled from Consumption. One of them is Nutriscore, the system that scores products by color based on elements such as levels of sugars and saturated fats. However, the Garzón department assures that “it does not have to be the reference”, as there are other indicators such as the nutritional tables of the World Health Organization.

There are two trends among the ways that the government is studying. One of these currents is fixed in those countries that prohibit any advertisement for food that has a certain nutritional category, such as the “black stamp” from some Latin American countries such as Chile, Paraguay, Mexico or Peru. These countries have a labeling system in place that warns of high content of elements such as sugar, partner or saturated fat, and all forms of advertising, promotion or sponsorship of any food or drink aimed at children with at least one of these stamps is prohibited.

The second option, which is in the study phase, contemplates the prohibition of advertising this type of food on television in children’s time slots. An approach that matches the Food Safety Law, which seeks to protect especially users under 15 years of age.

This law, approved in 2011, gives a tool to the Ministry of Consumption to launch a new regulation. And it is that in article 46 of the aforementioned law, which regulates the advertising of food aimed at children under 15 years of age, establishes that, “if within a year from the entry into force of this law had these codes of conduct been adopted, the Government will establish by regulation the norms that regulate such commercial communications, to guarantee the protection of children and youth, as well as the means to make them effective ”.

Battle inside and outside the Government

The Ministry assumes that this measure can open a double battle, as happened with the Royal Decree of the game: for one they expect protests from the main distribution companies such as the Federation of Industries, Food and Beverages (FIAB), the National Association of Large Distribution Companies (ANGED) or the Spanish Association of Distributors, Self-services and Supermarkets (ASEDAS), which will foreseeably oppose any measure that restricts the dissemination and advertising of their products.

However, the second contest takes place in the Council of Ministers, where they will have the opposition from the Ministry of Agriculture, Fisheries and Food led by Luis Planas, the department that looks after the interests of the agri-food sector and to which the affected companies will address. Nor is the support of the Ministry of Industry expected Reyes Maroto, the leader who has most harshly attacked the initiatives promoted by Alberto Garzón. That is how it was when he launched the proposal to reduce meat consumption or with the campaign against sugar; some measures against which the socialist minister spoke: “We are already a little tired of being told what not to do. In moderation, everything is healthy ”.