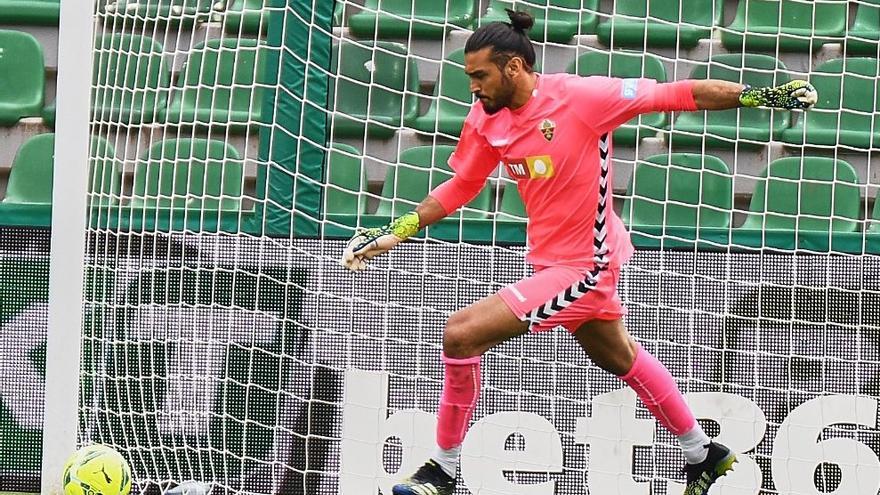 The Argentine goalkeeper Paulo Gazzaniga has become the unexpected protagonist of the Elche CF for the final stretch of LaLiga Santander after linking three consecutive starts, the last with a clean sheet, after unseating Edgar Badía, which had had a remarkable performance in the competition.

Badía, unot one of the idols of the Elche fans, he was the goalkeeper who had made the most interventions in the competition and, possibly, the most valued footballer of the Elche team by critics and rivals.

However, after the defeat against Huesca, the Catalan goalkeeper lost his title to the Argentine, who arrived at the club in the last day of the winter market from English Tottenham Hotspur, where it had barely had a leading role in the last two years.

Gazzaniga was the bet of the coaching staff and the owner of the club, the also Argentine Christian Bragarnik, after the march in January Diego ‘Russo’ Rodriguez, who decided to leave due to the lack of opportunities. The new goalkeeper was an option, as he slipped from the entity, to play almost immediately, but the level shown by Badía, despite the poor results, did not advise the replacement.

In this context and after patiently waiting for his opportunity, he burst into the window in the most complicated week of the course: with the team in depression after returning to relegation and in a week with three games. In the first he received two goals against Osasuna (2-0), in a meeting in which he could do little to avoid defeat. Three days later he left two big stops before Kodro and Michel against Valladolid (1-1) and, finally, he more than fulfilled against Levante when he was demanded by Morales and Dani Gómez (1-0).

The team’s coach, Fran Escribá, has not given excessive details about the reasons for the change. He argued that the decision was the result of “group management” that he performs from the locker room, always thinking about getting the best possible team in each game.

The Valencian ruled out that the relay in the goal was due to a punishment for the goals conceded in Huesca, where he publicly admitted that there were mistakes. “Nobody thinks that there was a rotation due to a failure. I would never punish any player like that,” said the coach in the previous match against Valladolid.

Regarding Gazzaniga, the team’s coach, Fran Escribá, pointed out that he is “a great goalkeeper, with a great international career.” The coach has not given technical explanations, although he has slipped that the Argentine, thanks to his 195 centimeters, It is powerful to neutralize the aerial game of rivals who pose a direct football.

Another virtue of Gazzaniga is the goal kick and hitting the ball, which allows him to cross the rival’s pressure lines and take the ball into the domains of his compatriot Lucas Boyé, the team’s offensive benchmark.

Murphy’s 29-year-old goalkeeper already had experience in the Spanish League since his time at Rayo Vallecano, where he arrived in 2016. His good performances in Spain earned him to sign for Tottenham, a club in which he has played four seasons, in which he has lived in the shadow of the world champion Hugo lloris.

There, he had a leading role two years ago, when he played eighteen games due to the injury of the French goalkeeper. His performances opened the door for the Argentine national team, with which he debuted in 2018 in a friendly against Mexico.

Since his arrival in Elche, he has not lavished on statements to the media. His only manifestations are limited to the presentation press conference, when he indicated that He was not intimidated by the competition with Badía, by then already one of the best goalkeepers in the championship.

Gazzaniga was convinced that the competition between the two would help Elche. At the moment, the relief in the goal has not been as traumatic as it could be intuited. First, because Escribá, another idol of the fans, accepts everything and, especially, because tAfter seeing the Argentine in action, no one can dispute his quality, no matter how much Edgar Badía is idolized