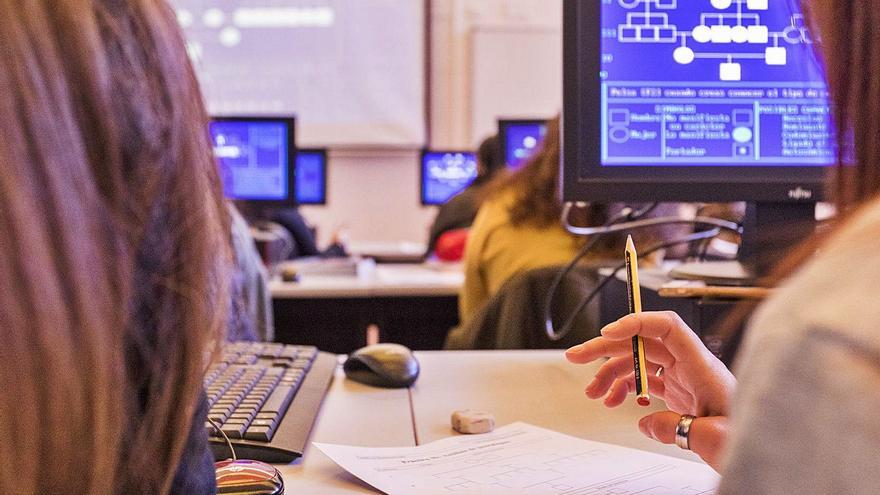 «Today it turns out that it is the same to be a right as a traitor. Ignorant, wise or squirt, pretentious con man. Everything is the same, nothing is better. The same a donkey that a great teacher. (Cambalache, Gardel / Discépolo. Buenos Aires, 1934). Almost ninety years after this universal tango, it seems that we have not learned anything. Perhaps because of what I belong to that school generation, straddling the Spartan education of the 60s and earlier, and the new trends that began to emerge in Spain in the early 80s, it is difficult for me to understand, however much it may seem that The covid pandemic can cover almost everything, that the Ministry of Education bet, again, on the general approved this course. An initiative to alleviate, if possible, the difficulties of the students to assimilate the subjects during the pandemic, either in face-to-face classes, where distance and hygiene measures are today more important than grammar, or in the online format, the system of the future.

After reading the news on the front page of the newspaper a week ago, a friend, the father of a student who had just reached adolescence and therefore “a rebel without a cause”, confessed to me that he hoped his daughter would not see it. that there is no way that he will come to his senses and take the books. The girl, a charm by the way, is in other registers, as happens to all of us, including me, when we reach 15 years old, but in my case, then, the system tried not to give us wings. Education opened the debate a few days ago, and from minute one there have been more detractors than allies. The subject brings them to him, because it gives him what to think about where the culture of effort remains. No, I am not talking about the neoliberal slogans, nor those that parents, priests, and teachers transferred to us, nor about the classic phrase of our grandparents, when they crushed us with that saying that «to be something in life you have to make an effort to the study ”, but of reality.

I do not know anyone who has not achieved success without work, well, maybe there is an example in some town hall or Parliament itself, but as in everything, exceptional. From the Nobel Prize to the elite athlete, the one we see at the wheel of the latest model car, but who started walking. I will not remember Rafa Nadal, who trains even while sleeping. That is why now, after the halfway point of the school year, the fact that there is someone who raises the general approval, and transfers to next year make up the subjects and the time lost from the previous year seems to me, honestly, a nonsense that neither our children, nor neither parents nor teachers should admit, because nothing is being done other than delaying a problem. In a world as tough and competitive as the one that current generations have had to live in, in which not even being number one guarantees you a good job – ask many supermarkets restockers -, you cannot lower your guard . The general approval does not harm, in addition, only the bad students, also the good ones, who see how their sacrifice, dedication and effort are devalued.

And when I spoke of the personal failure that betrays the person who takes refuge in the pandemic to offer shortcuts, I mean that many students pay what others have not managed to manage, not all of course, in schools and institutes. Because if not, what is the point now, mid-year, to raise the approved general, even making the marks of the last year of the Baccalaureate more flexible? And then? Who explains to that student the stick he receives in the university entrance exam or that in June he will be left without the possibility of accessing the degree he dreamed of since he began to study. Or the young people who already in the University realize that they do not have the necessary basis to continue in the degree, or the many who simply blush the professor who has to interpret the writing of their texts when they verify the low level of your grammar and vocabulary.

The covid pandemic has already ended up reducing the content in the institutes since last year, increasing the despair and, even frustration, of many teachers, who see how their students come to confuse, and not in Primary but in Baccalaureate, the years with the centuries because, although it may provoke a punctual smile, it is a real and repeated example. This is the situation experienced by the teachers of the courses close to the PAU in many institutes in the province, where teaching based on emotions has replaced algebra. Of course our children need to live experiences, empathy, but also to put points in their texts. Going from Secondary to Bachelor is an important leap. Many students are giving it to the void.

For me, and I know professors who also hold it, that the general approval wants to be justified by the added difficulties of the covid responds to a concept of education that does not take into account that circumstances should be the same for everyone. There are teachers who see, for example, with desolation that there are students who have not connected even once to any of the online classes due to their lack of interest, and because they do not have a family that is above them. It is rare that the student who strives and works does not obtain his prize in the end, and that is what we must aim for. Do not give away approved ones that will later turn against you, for sure. At the University or in a competitive examination. The base is worked from the beginning. All help, shortcuts, the least.

Larry Bird, the legendary former Boston Celtics starter, summed it up neatly in his NBA glory days. “The more we train the better we do.” Well that. If we go down year after year subjects that students must learn, in the end what happens happens, they know nothing. I’m not saying it. A teacher with plenty of experience was telling me this week, and not on the verge of retirement. It also doesn’t help that in Spain we have had to deal with seven different educational systems in the last 30 years. We have excellent teachers, let them work. “Everything is the same, nothing is better,” Gardel sang. Well no, not everything should be the same, and that is why you have to work, from the classroom, at home and, above all, from Education. Of course, there must be exceptions with some students, and exceptional decisions are always made at the discretion of the faculty and not of the Ministry, but a student who promotes with five pending subjects will have to change a lot so as not to drown later in the Baccalaureate or in the Chosen campus.

Bertrand Russell made it clear. Educators are the guardians of civilization. Well that, let’s not make them dizzy.