World champion George Kambosos Junior proved it’s not the size of the dog in the fight when he gave Anthony Mundine a torrid time in sparring when the NRL star turned boxer was in his prime.

The lightweight champ would have been around 15kg lighter than the former super middleweight when they clashed over 100 rounds a few years ago.

Mundine didn’t go flat-out against Kambosos to begin with due to his huge size and reach advantage, but quickly changed his tune after getting a taste of what his opponent is all about.

‘He put it on me! I was a pay-per-view star and in my prime, and he came to test himself to see where he is at,’ Mundine told the Sydney Morning Herald. 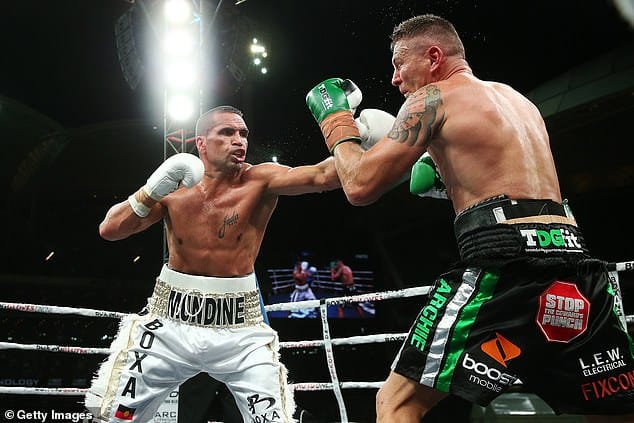 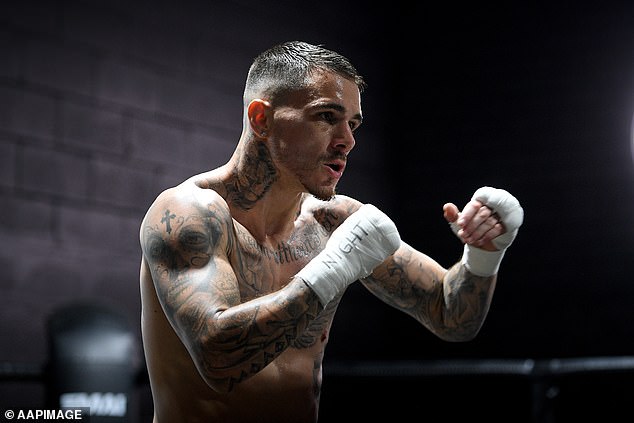 ‘I thought I’ll work with this bloke, see how he goes. He started giving me hits to the body, and then I realised why “Ferocious”⁣ is his name.

‘I was like, you’re serious, so I stepped it up a bit. I put it back on him. I thought I better let this bloke know who is boss, but he didn’t break down. He’s always had that fight and belief in him.

‘It was an even sparring session, even though I was a lot bigger guy. He definitely left a mark in my mind.’

Kambosos’ father and manager, Jim, said Mundine had a lot of trouble hitting his son because of his quickness and defensive ability, so the controversial former footy star kept bringing him in so their charge could work on his speed.

The 27-year-old Aussie has also sparred hundreds of rounds with one of the greatest boxers ever, Manny Pacquiao, who should be ringside for his unification fight against highly rated Devin Haney on June 5. 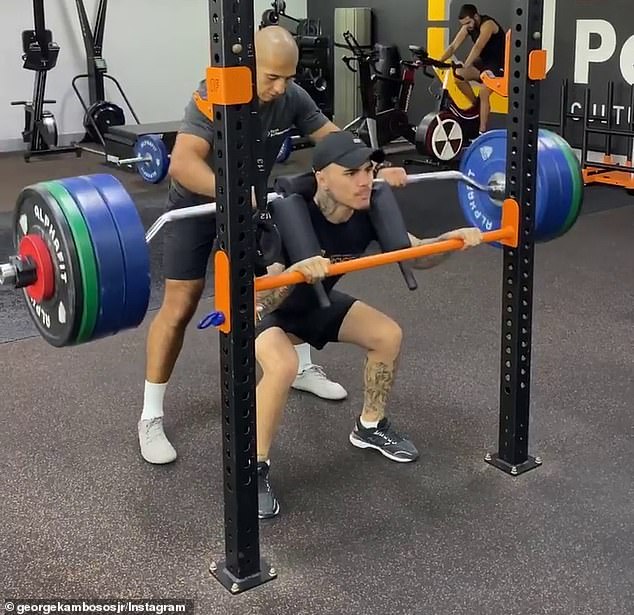 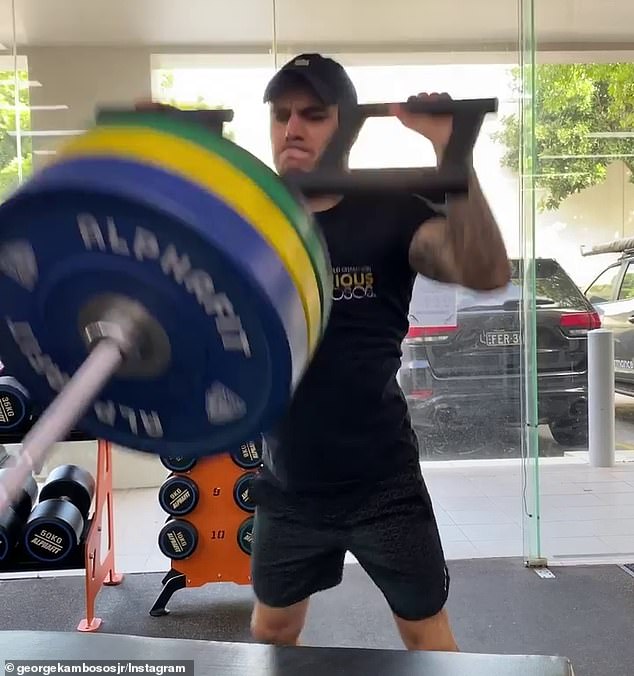 After dethroning Teofimo Lopez last November, the Aussie decided to lift heavier in order to improve his strength – while being careful not to take the edge off his hand speed 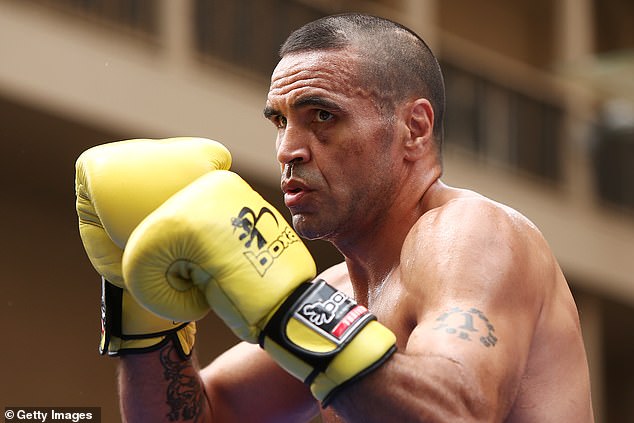 Pacquiao recently backed Kambosos to the hilt in is quest to take the American’s WBC belt and said the Aussie can go on to win more world titles thanks to his unparalleled determination and work ethic.

Kambosos has taken his famously taxing training regime to a new level to prepare for the June 5 bout in Melbourne.

Videos on his Instagram account show him squatting up to 140kg – far in excess of twice his body weight – with ease. He also deadlifts an astonishing 150kg.

Even more impressively, Kambosos is sparring for 35 rounds straight, according to the Herald Sun – even though his fight with Haney can only go for 12.

All that taxing work sees him take 20 different vitamins a day and drink 28 litres of alkaline water every week – preferring it to regular water because he says it helps flush the lactic acid and toxins out of his body. 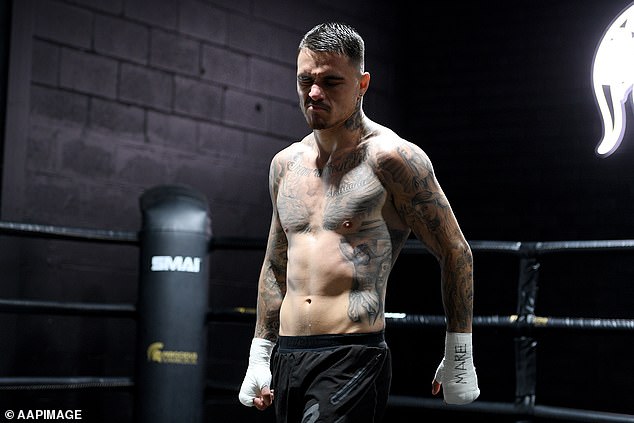 Kambosos was the hunter when he dethroned Teofimo Lopez to become world champ, but the shoe is on the other foot this time around – although you wouldn’t know it by the way he’s preparing.

‘When I became world champion I wanted to see how my mindset would go. Would I get lazy? Would I be more content? More complacent?

‘I have been doing 30-plus rounds like they are nothing.’

Since the win over Lopez, Kambosos has been trying to get stronger and bigger without losing speed, and says he’s now lifting heavier weights than ever – and could squat 160kg if his team allowed it.

He’s also pressing 35kg dumbbells with one arm, and has completely cut out ‘crap food’ from his diet for the last 11 weeks.