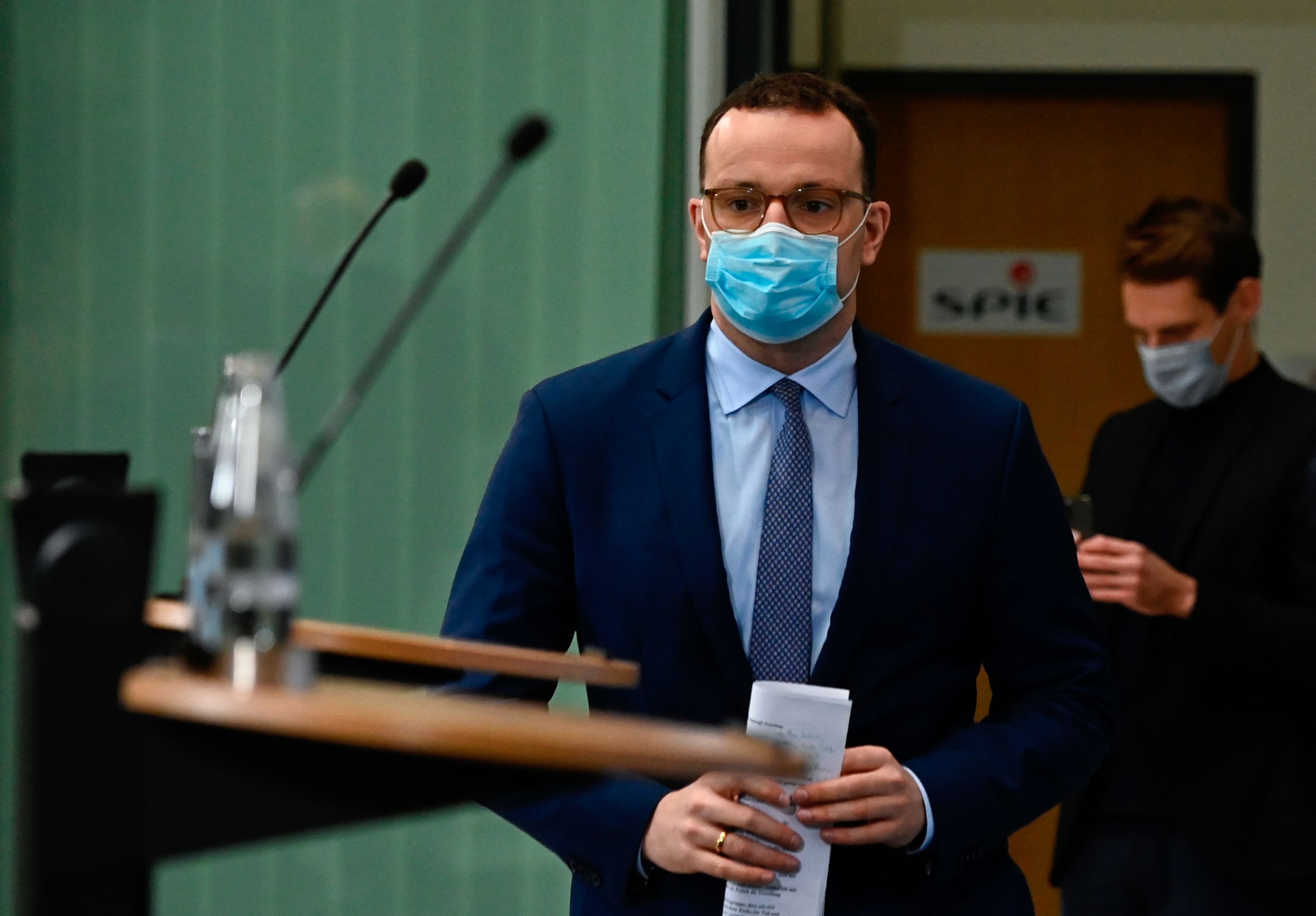 Germany has approved this Wednesday with a large majority (415 votes in favor, 236 against) a controversial legislative reform to cover the restrictions imposed on the population as a result of the pandemic and avoid judicial and social conflicts. The Bundestag initiative has met with huge protests from thousands of citizens in the heart of Berlin. Demonstrations led by supporters of the extreme right, deniers and coviesceptics. The atmosphere on the street makes clear the challenge that this pandemic poses for democratic systems.

Germany has so far managed to manage the Covid-19 crisis with relative success and without resorting to strict confinements at any time. The arrival of the so-called second wave and the strong growth in infections caused the closure of restaurants, bars and cultural activities during the month of November, as well as a restriction on the maximum number of contacts. The polls repeatedly show that the majority of Germans support the measures of the central government and the regions and highly value the management of Chancellor Angela Merkel in this crisis.

The legal text approved this Wednesday does not go beyond the measures already imposed and known, such as the use of a mask, contact limitations or the closure of an establishment or cultural activities in the event of a pandemic. But by being captured black on white, the noisy critical minority interprets that, far from offering legal certainty, it violates fundamental rights, according to the campaigns plagued with hoaxes that circulate on social networks and as the protesters themselves explained at the foot of the street. .

“With this law, what Ms. Merkel wants is to eliminate fundamental rights,” says a worker in a nursing home who does not want to give her name. He believes that the obligation to wear protective suits “goes against the dignity of man, just because there are people with such a test.” Many of those present said they were informed through alternative media and Telegram channels, because they do not trust the press.

The so-called Third Law for the Protection of the Population, in the event of a national epidemic, reforms the one that already existed 20 years ago. Back then, it was difficult to foresee an exponential spread of a virus like this one. For this reason, and to avoid an avalanche of lawsuits in the courts, the coalition government has chosen to modify the text, to anchor in the existing norm the measures that have been adopted at the stroke of an ordinance in recent months. It has done so through an accelerated procedure by which it was approved this Wednesday in the Bundestag (Lower House) and also in the Bundesrat, where the countries (the German regions).

Specifically, it is article 28 of the law that establishes the possibility of forcing the use of the mask, suspending cultural or sports activities, imposing a physical distance in public places, restricting travel, prohibiting the sale of alcohol in public places or forcing the collection of personal data from clients in order to trace the chains of infections. The measures will have a maximum duration of weeks, although they can be extended. It also establishes that the federal government may adopt protective measures when the cumulative incidence of 50 new infections in seven days per 100,000 inhabitants is exceeded. That cap is already in effect de facto since last spring. Article 36, which regulates the entry of travelers from risk areas and their registration, is another novelty.

The extreme right of Alternative for Germany (AfD), the liberals and Die Linke (The Left) also criticized the rule. AfD because it is a formation that denies the seriousness of the pandemic and considers the measures to fight the virus exaggerated; and the liberals because they ask for greater prominence from Parliament and believe that the Executive accumulates too much power in this crisis. The Left party, Die Linke criticizes the norm, however, for procedural and social justice issues. “We are not against the restrictions. The problem is that the processing of the law has been so fast. What normally takes weeks has been aired in two days. That has limited a real debate, ”says Jörg Schindler, Die Linke’s general secretary, by phone. “The measures must also contribute more to social justice. We want more aid for employees and freelancers. We are afraid that now the Minister of Labor may decide that the working day must be extended or that the Health Minister decides that nurses can go to work even if they are infected, ”he says.

But in denialist circles, where they compare the norm even with the enabling law of 1933, which ceded all powers to Adolf Hitler, there is little room for nuance. They have circulated all kinds of hoaxes about the regulation, which has now become a symbol of what they call the “dictatorship of the crown” in reference to the restrictions imposed as a result of the pandemic.

From early in the morning on Wednesday, rivers of protesters converged on the Bundestag. Lines of police vans armored the official buildings. The idea was to avoid images like those of last August, when far-right groups made the threat of taking over the Reichstag building, where the Bundestag is located. As usual, the attendees were a very smorgasbord of ultras, self-described “freethinkers,” anti-vaccine groups and ordinary citizens persuaded by conspiracy theories. The only common denominator was the general anger and the absence of masks.

Each one went to the protest with their particular grievance. “It is not possible that the government does not attach importance to vitamin D. This is about the immune system,” complained Linda Hoffmann, a young woman, a nutritionist by profession. Along with her, Iris Boer, a bookseller, who came from Dresden, complained about the economic losses suffered by her clients. “At this rate I’m going to have to close,” he warned.

In another group, Lisa, 33, is clear that they are going to force everyone to get vaccinated, despite the fact that the law does not say that and the Government does not tire of repeating that it is not. “They can come and prick you without you knowing,” warns this young woman from Bavaria.

The protest turned violent after the first hours, when bottles and stones began to fly. The police tried to disperse the protesters with water cannons, who ignored the rules of safety distance and use of masks. There were more than 300 detainees.