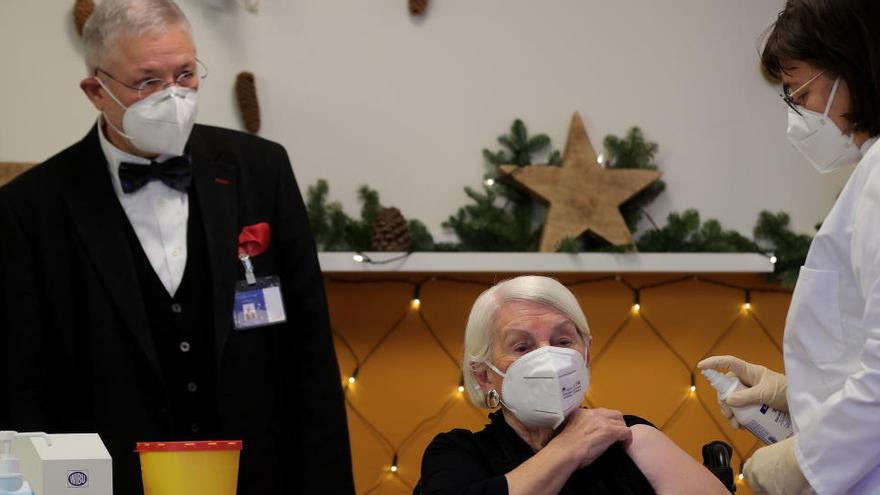 Germany is approaching the end of the year with a new maximum of deaths in one day -more than a thousand- in this coronavirus pandemic, while it seeks to accelerate the vaccination campaign and sees the prolongation of the drastic restrictions in force as inevitable.

In 24 hours they were verified 1,129 fatalities by or with the covid-19; Thus, the barrier of a thousand deaths in one day was overcome for the first time. This new maximum follows the succession of holidays, in which fewer tests were carried out and data updating slowed down.

The Robert Koch Institute (RKI), competent in the matter in the country, also notified 24,740 new infections -Front of the maximum of 33,777 infections on a day in mid-December. The previous daily death tick was a week ago, with 926 deaths.

The average weekly incidence per 100,000 inhabitants stands at 141.3 cases -the peak was 197.6 cases on December 22-. Behind this average there are large territorial differences: in the “Land” of Saxony (east) there are 330 weekly cases, while in Lower Saxony (center) the level is 79.6.

From 50 cases in seven days and 100,000 inhabitants, the RKI considers that it is in a risk zone. Its president, Lothar Wieler, warned that a substantial improvement in the epidemiological situation cannot be expected as a result of the recently started vaccination campaign and that it could take months.

The Minister of Health, Jens Spahn, also reiterated what the Government of Chancellor Angela Merkel has been pointing out for days that the restrictions on public life contacts will continue beyond January 10, although perhaps at another level.

Merkel and regional leaders, who are responsible for implementing the measures, are expected to meet on January 5 to assess the situation and make new decisions.

From December 16 non-essential shops are closed -except for food stores and other products for daily use, opticians and orthopedics, pharmacies, banks, post offices, gas stations and, in some states, bookstores.

These closures were added to the suspension of nightlife, cultural life and gastronomy, in force since November 2. School holidays end on January 10, lengthened to three weeks by the pandemic. Groups of teachers question whether it is possible to fully return to the face-to-face format.

How to increase vaccine production

The vaccination campaign against covid is “the largest in the history of Germany” and “the key factor against the pandemic”, according to Minister Spahn. In the three days after its official start, on Sunday, 70,000 citizens have received their first dose; maximum immunity is not reached until the second injection.

The initial objective of the Health Minister is to have distributed nationwide 1.3 million doses until the end of the year. The next goal will be to advance 14 million doses through the first quarter – or about 700,000 doses per week. And continue until being able to make their vaccine -voluntary and free- available to all citizens who wish it in the middle of this year.

Spahn, who has championed the equitable sharing formula from the beginning from the European Union, is coming under pressure from public opinion and the parliamentary specter to speed up production.

It has been criticized that, instead of that European route, should have been advanced and negotiated directly with the German pharmaceutical BioNTech and its US partner Pfizer, the only one so far approved at EU level.

For Spahn, leaving the European formula was never in his plans, which does not imply that he did not secure additional contracts as soon as the EU signed the global one for the 27. “If it had not been like that, some of the 27 members would be now no vaccine, “he said.

Accelerate supplies BioNTech’s vaccine is technically difficult, since its production implies “very ambitious and innovative requirements”, according to the minister.

For next week the American Moderna is expected to receive the green light. Spahn also trusts that the pharmaceutical AstraZeneca will request “soon” the approval for his in the EU, after obtaining this Wednesday that of the United Kingdom.