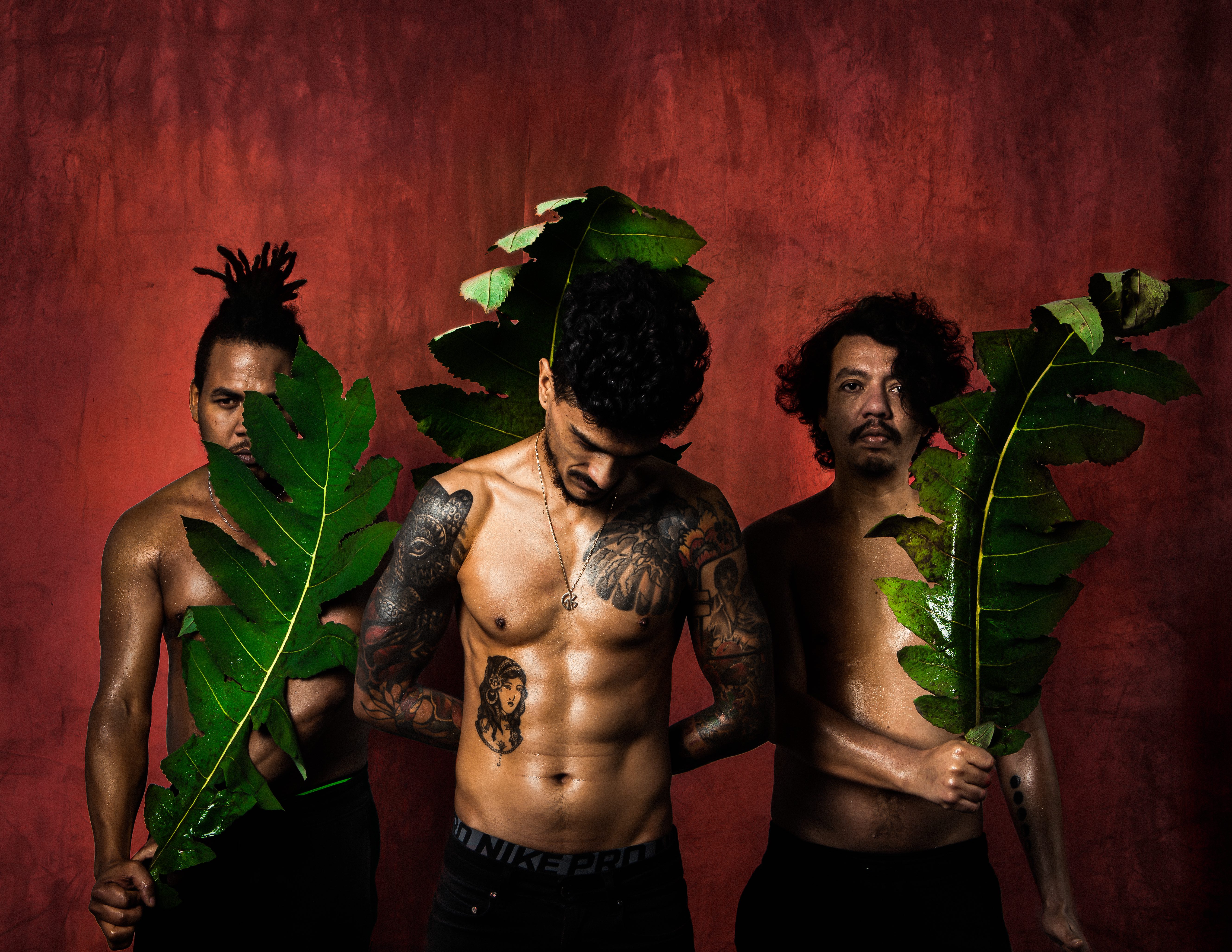 There are three young Colombian musicians steeped in the most ancient sound traditions of the Caribbean who have set out to conquer the world, or at least a reasonable part of it. And its point of support, as soon as we say goodbye to the summer, passes right through the center of Madrid. They call themselves Ghetto Kumbé and already act as one of the great local sensations, although the echoes of their percussions have barely resounded in European lands. But only for now. Transoceanic Observatory, a public and private platform for exchange between Colombia and Spain, has chosen this new great reference of Caribbean Africanity as the most conducive band for its landing in theaters of the capital.

The three of them are named Edgardo Garcés, Juan Carlos Puello and Andrés Eduardo Mercado, their ages range between 29 and 40 years old and in their artistic name they have wanted to condense the essence of a philosophy that is not only a creed, but a way of life. The ghetto alludes to the town, to those humble people attached to the terrain that substance and give meaning to the community. And the term kumbé, with its ancestral and almost magical resonances, as of collective ritual, refers to the space of freedom that blacks reached when they managed to escape from the chains of slavery. “Kumbé always implies meeting and celebration”, highlights the producer and singer Edgardo Garcés, whom everyone refers to with the nickname of Guajiro. “Music makes us happy, despite the pandemic and the instability of the future. And we are running as ambassadors for the party in the neighborhood, among the people of the community ”.

Garcés, the youngest of the group, comes from Riohacha, the capital of the Caribbean Guajira, but like the rest of his colleagues he has ended up training and settling in Bogotá. There, in the heat of that effervescent, mixed-race and reasonably chaotic metropolis, the spirit of a band was forged that draws on rhythmic teachings born many centuries ago in West Africa, but that looks to the future from multiple electronic ingredients and music. salt and pepper that bring the new urban trends. Hence, from that once irreconcilable collision between traditional parameters and the beats of digital culture, a formula is born that modernizes the sounds of the Caribbean and now yearns to cross the Atlantic in a single leap. But internationalization is a consequence, not a mere objective. “We were curious, we wanted to experiment and to get somewhere,” Garcés sums up, “but we didn’t want to think about ages or projections. All that millennial audience stuff is a very strange terminology for me: I’m not aware of those things. The idea was to make music in a beautiful and sincere way, to introduce electronics and club culture to reach places that folklore, by itself, had never reached ”.

In 2019, before the world became an inhospitable place, Edgargo, Juan Carlos and Andrés Eduardo appeared for the first time in Madrid. It happened in the Caracol room, a step away from Lavapiés, the most favorable habitat for musicians hardened in multiculturalism. And although that was a fleeting visit, the Kumbé took the opportunity to exercise in what motivates them the most: tracking music from the roots to the foot of the sidewalk. “We were fascinated by the Tabacalera building and the way in which the Dominican community in Madrid evolves from the original teachings of the dembow”, Certifies Andrés Eduardo Mercado, alias Doctor Keyta, born in the port city of Santa Marta 40 years ago. Both he and his colleagues are particularly receptive to the work of La Mala Rodríguez, Concha Buika (“she’s tremendous!”), Rosalía or C Tangana, and everything that involves impregnating new flamenco rhythms or Arabic heritage. But they are full of praise, in a particular way, in the case of the canary El Guincho. “He is a huge producer. We keep it in mind because it manages to be very innovative at all times ”.

Mercado, a specialist in dundún (the great African cylindrical drums), shares the responsibilities of percussion with Juan Carlos Puello, nicknamed Chongo, a 36-year-old from Cartagena in charge of djembes, upbeat drums and the second voices of the trio. Chongo is the one who, with a deep and grave timbre, places the greatest emphasis on the heritage of the ancestors and the importance of “preserving the old contributions of the ancestors”, also those of other Colombian coasts. “We refuse to feel rivalry with the bands of the Colombia of the Pacific”, he notes with emphasis, against the traditional suspicions between both coastal strips. “The two oceans need to continue communicating, because their languages ​​are born in both cases from the land itself, from popular charm.” Andrés Mercado seconded him: “There are similarities in the ternary metrics and in the cultures afro acquired from the Mandinga of West Africa, the Balanta [Guinea Bissau] or will plow them [Benin]. Musicians like Juan Carlos Arrechea, Herencia de Timbiquí or the teacher Nidia Góngora will never be rivals, but brothers with whom we can hang out ”.

Consequently, some banned ingredient for this great pot of musical ingredients from different times and latitudes? Edgardo Garcés takes up the spokesperson to exclaim, throughout the conversation online: “Reggaeton!”. He says he does not want to criticize him and admits “some beats very well done “, but he argues implacably:” I don’t see myself there, much less writing that kind of lyrics. At no time would I be envious of characters like this. They have been skilled in setting up a powerful industry in Medellín, they are colleagues who think a lot about the business and have achieved something very great. But we don’t go through there, because for Guetto Kumbé the roots are much more important. Our dream is not to buy spacious mansions or drive a Bugatti, but to make good music. Nothing more”.

The Ocean Observatory initiative, sponsored by the Spanish Embassy in Colombia and the International Development Cooperation Agency (Aecid), among other institutions from both countries, will allow them to disembark in Madrid in the best conditions at the beginning of October. From there they will continue to the Womex fair of ethnic music and to Marseille. They are not the only ones who benefit from this sound exchange program between two very musical countries, thanks to which Baiuca, Soleá Morente, Califato ¾, Le Parody and $ kyhook will land on Colombian stages while in other Spanish cities they will be able to discover others emerging artists from that country, from Mabiland to Mitú, Lee Eye or ha $ lopablito. None, in any case, as Negroid and tribal as the Kumbé. “Electronic sound may captivate a younger audience,” concludes Edgardo Garcés, the guajiro now almost from Bogotá, “but the key is in the trance. That is the origin of the musical revolution that we are living now ”.