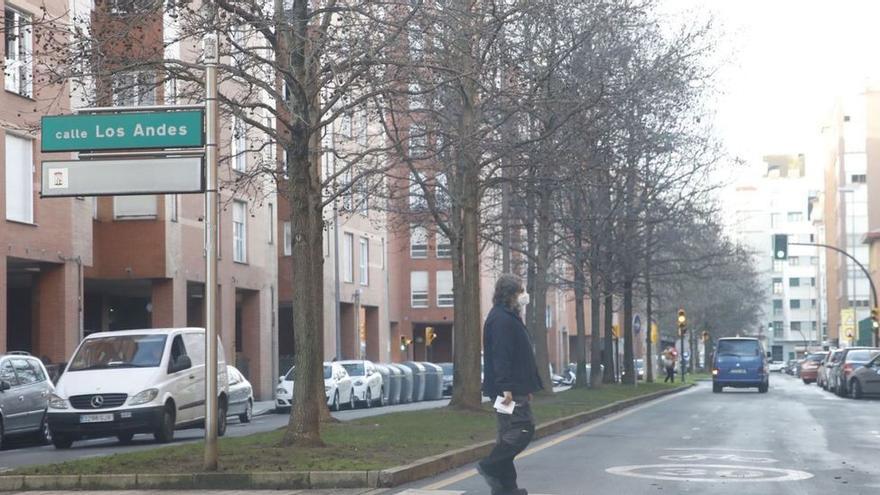 Pioneering research for reduce the pollution in Gijón. The Nanomaterials and Nanotechnology Research Center (CINN)-CSIC, based in El Entrego (San Martín del Rey Aurelio), will sign an agreement with the City Council in the coming days to a unique pilot plan in Spain: test asphalt modified with nanoparticles that degrade pollutants on contact with the ground. The objective is to test this asphalt fabric in La Calzada, in the area where it is planned to create ecomanzana, that is, between Avenida de la Argentina and Calle Los Andes, with special emphasis on the area around Calle Bolivia.

The director of the center, Adolfo Fernández, and the person in charge of technology transfer for this project, Adrián Alonso Guerra, are waiting in the CINN-CSIC laboratory. The CINN facilities, a robust building made of concrete and beveled glass, house a mixed center: there are researchers from the Higher Council for Scientific Research (CSIC) and the University of Oviedo, and the Principality of Asturias also participates. It began operating in 2007. The work related to the asphalt fabric project began shortly after: “We have been working on this project for about ten years, if we take into account the start of the study of the active ingredient. That is, of the nanoparticle. Although this began to be studied for other purposes, nothing related to the urban environment”, explains Adolfo Fernández.

The TiO2 nanoparticle, the microscopic protagonist of this innovative plan, with dimensions of about 10 nanomillimeters. “The degradation capacity of the contaminants of this particle, at the laboratory level, is already known”, says the director of the CINN. That is why, added to asphalt or other materials for urban use, it can improve air quality. But the CINN is now working on the next step: to reduce costs for the large-scale use of this particle.

Also Read  Elections in Ecuador: Indigenous movements in favor of Yaku Pérez begin mobilization towards Quito to pressure for the counting of votes in the presidency

Adolfo Fernández reviews the nanoparticle in one of the laboratory’s telescopes: “If we tried to distribute this nanoparticle directly into the asphalt, it would be very expensive,” Explain. Not because the cost of the nanoparticle is particularly high, but because many nanoparticles would be needed. There’s a solution? Yes, thanks to the researchers: “What we do is support them on low-cost substrates, fix them to cheaper inorganic materials,” says the center’s director. In full process for the patent, the researchers cannot reveal what those cheaper materials will be.

Adolfo Fernández, on the left, and Adrián Alonso, at the firm’s headquarters. LNE

They do talk about the next step, the agreement with the City Council. An agreement to continue researching and for the first pilot test of this asphalt fabric. Guerra explains that “we will go at the pace set by the City Council, so the deadlines are difficult to close,” they point out. In principle, municipal sources pointed out, it is planned to apply it to the La Calzada ecoblock: a project, to be financed with European funds, which seeks to provide each neighborhood with a space that reinvents the city model. Much more, although also, than pedestrianizing streets and generating green areas.

The collaboration agreement includes several lines of research. This specific project will be included in the area of ​​contaminant reduction. After the application, it will be necessary to monitor the results: “It will be extended, at least, during the next two or three years”. The objective is to know if the protagonist of this project, the TiO2 nanoparticle, really maintains its degradation capacity when exposed to different agents such as the rolling of vehicles, rain and the passage of time.