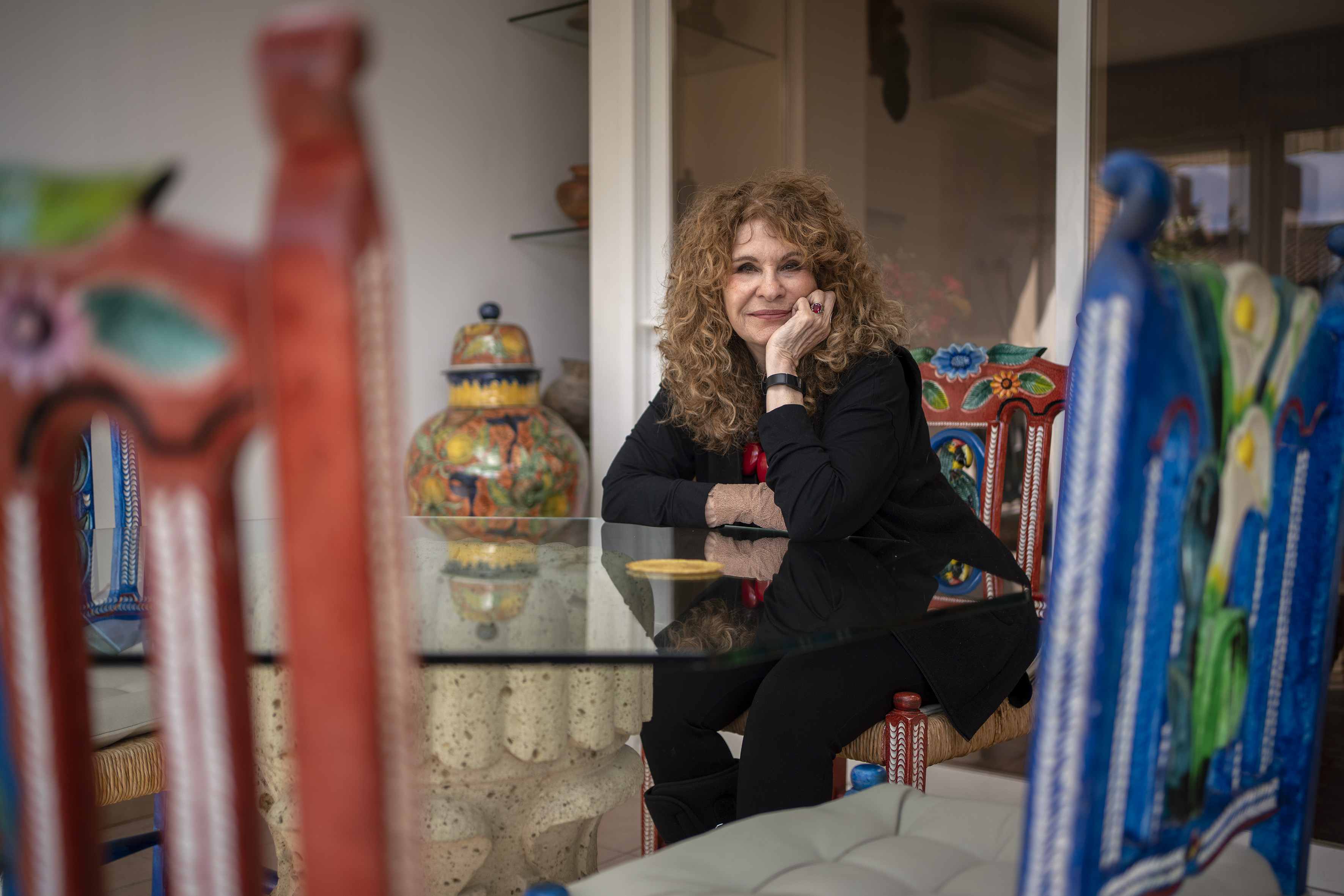 Gioconda Belli (Managua, 72 years old), who lived in exile when the Sandinista Front was fighting the dictatorship of Anastasio Somoza, is now living in exile of his own, frightened by the evidence that “the Government of Daniel Ortega”, who was his partner fighting, “he has lost his mind.” Poet, novelist, president of the Pen, a writers association now suspended in her country, this Tuesday she travels from Madrid to the United States and will immediately return to Spain to join the work that an academic institution has offered her and prolong her new exile. Before starting his trip, this Monday he spoke with EL PAÍS at the home of his sister, a painter.

Answer. In that 1975 he explained the horror of Somoza abroad. Civic activities had been closed and we had to go to the armed struggle. In 1967 there was a demonstration repressed by the dictatorship. They killed 300, including my brother. The shoes thrown on the floor, the blood. It was difficult to explain the Sandinista division abroad, but it was cut short when the strategy of armed coups within the cities triumphed. For people to see that it was possible to beat the dictator … It worked, because it was the correct strategy, and it brought about the union of Sandinismo and the triumph of 1979.

P. There were the Ortega brothers.

R. I did not know Daniel in exile. I got to know more about Humberto, who was the sharpest, he moved, he instigated, he had no scruples. I worked with suspicious people, and full of disgust I got out of that trend and went to the prolonged people’s war, which was called … Inertia was broken and it was necessary to attack in different parts. That Ortega is smarter than his brother and he is very worried about what is happening. He has tried to influence Daniel and he has broken up with him, whom I think he has called a traitor.

P. Do you have words to define Daniel Ortega?

R. He’s a convict. He has jail in his heart, he does not have a broad or compassionate look. When you are in jail you survive and do anything. He was from 22 to 29 years in prison and from there he came out with a deep trauma that affected him a lot. He liked to shut himself up. He had a small cubicle in Government House, where he secluded himself to be alone. Freedom made him claustrophobic, he had very few friends. And now Rosario Murillo, his co-president, who exercises enormous influence over him, has him isolated. That couple relationship has been disastrous for Nicaragua. He wasn’t the brightest but a lot of people helped him think. Rosario has a great desire for revenge. She is angry because the people rebelled in 2018 and that for them was a tremendous blow that they have not been able to overcome.

P. In 2018 there were as many deaths as in the last revolt against Somoza …

R. 328 deaths in four months. The snipers were shooting to kill, and they were very young boys who were being shot. They gave orders that they should not be treated in the hospitals. There must be a heart of stone in the being that does things like that. Somoza’s was a horrible dictatorship, different from this one, but this one is just as cruel, and sometimes even more cruel. The characteristic of this time in Nicaragua is cruelty, lack of compassion. Ortega and Murillo keep 39 people in jail. Political leaders who are not allowed to have books, blankets, or food, are undernourished and are not taken out. How long can you hold out with your mind in that situation?

P. Does the world look the other way?

R. But his indifference is changing after Ortega’s decision to jail his opponents. This government is losing its mind, and the world is realizing it. Ortega believes that the language of the cold war is still in force. His paraphernalia and that of his wife are like a trip back in time, as if the Contra war were still there. I feel like I have a bombed country in my heart. Not only are the deaths, it is that you know that if they hurt your son they will not let them heal him, they will not let you fire the dead, hatred marks life and even persecutes those who go to Church.

P. How do you define the attitude of the left to the situation you are experiencing?

R. Pretty unfortunate. The left has a serious problem: reinventing itself. There is still some left that has spoken positively, even Podemos made a strong statement, just like Lula or Mujica. But certain left in South America, and especially the North American left, do not want to see what happens. They feel that the old romance with the revolution is more important than what is happening.

P. Of everything that happens, what breaks you the most?

R. The feeling of having lost the country. That this happens because there are accomplices, an iron circle that has decomposed the country. And I am very sad because I am also in exile, like my friend Sergio Ramírez. They have me on a list too. They want me to come to arrest me, damned.

P. What would you say to Daniel Ortega’s face?

R. That enough is enough, let him go, that he is a person who does not even manage to speak well. Let him please feel sorry for himself. His is a pair of lunatics who have no limits, guided only and exclusively by the most primal feelings of revenge and hatred.

P. There are elections this Saturday.

R. But they are not elections. Thats false. I voted for the first time when the revolution triumphed. Before, with Somoza, that exercise didn’t make any sense. A circus. There was a sign on the military hospital: “Somoza forever” [Somoza para siempre]. I convinced myself that armed struggle was the way out. And that would be tragic, if they left no other way out now than armed struggle.