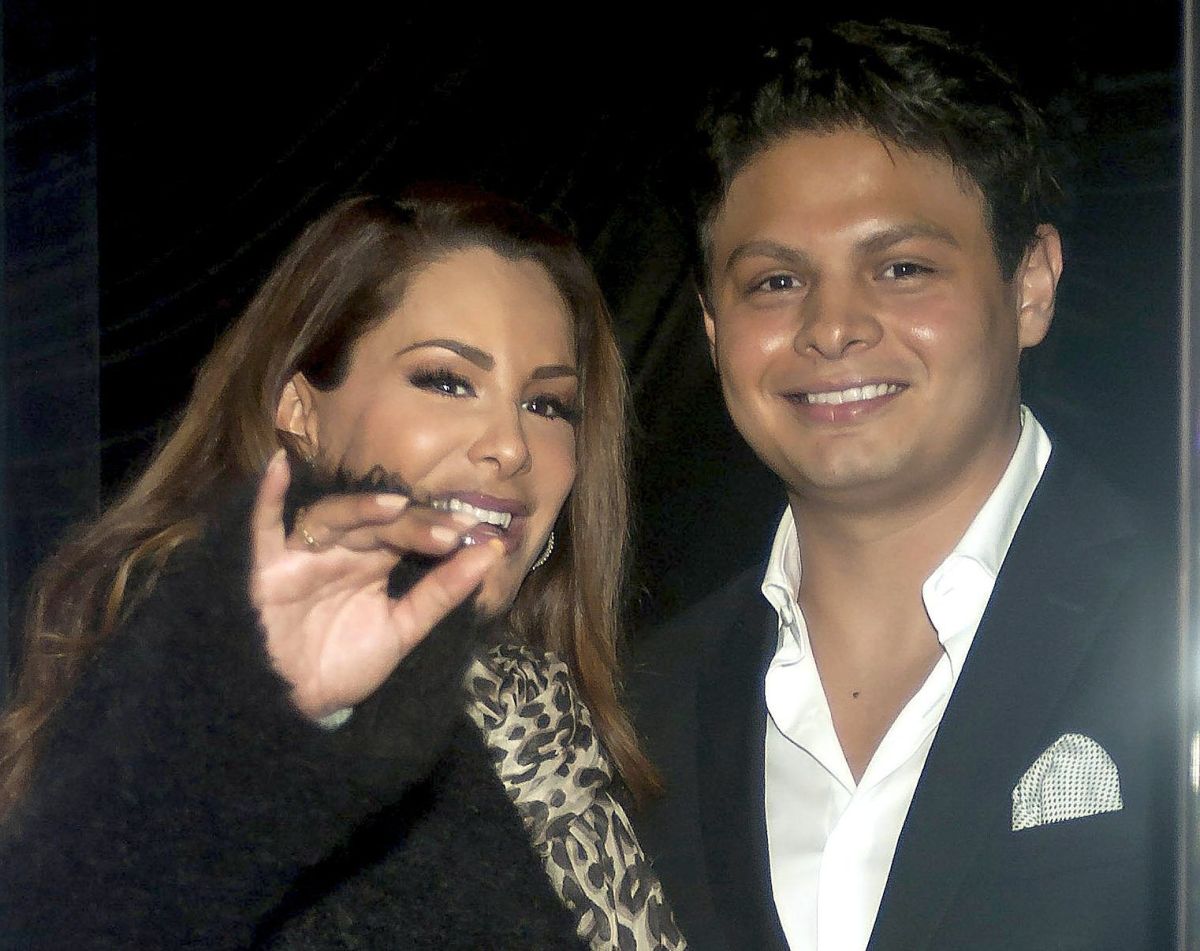 Giovanni Medina to Ninel Conde: “The similarities are that he turned his back on the three husbands”…. This is how he closed the letter that Emmanuel’s father sent to ‘El Gordo y la Flaca’ after he left the exclusive interview that they did with Bombón Asesino.

Ninel spoke of the arrest of Larry Ramos, but focused on sending a strong message to his ex and his son’s father: “shut up”.

Why are you telling him to shut up? Because Ninel recalled, in the interview with Raúl de Molina, that Giovanni was also a fugitive from the law for a year and that even she witnessed their escapes.

“It is very curious and It is very funny that my son’s father mocks and is proud, he has already forgotten that he was a fugitive from justice for a year, nothing more than he was lucky that it was in Mexico, he even had to run out of a supermarket because they were already grabbing him and I was there, then it’s very sad, better shut up “he said yesterday.

The Medina’s reaction was not long in coming whenor, during the broadcast of the Univision afternoon show, he sent the following letter:

“In responses to the accusations made by Mrs. Ninel Conde, I would like to highlight three, mark differences and similarities“, Lili Estefan and Raúl de Molina began to read and continued.

“The differences are: I was denounced by her ex-husband, Juan Zepeda, in the face of a common lawsuit of which I was declared innocent. I never set foot in a jail, I have no criminal record“, Assured Medina.

And the letter ends with a forceful ‘slap’ assuring that: “The similarities are that he turned his back on all three husbands or partners or boyfriends“.

Why was Giovanni Medina a ‘fugitive from the law’? The accusation, of a class action lawsuit, was the same as Larry’s: fraud. And at that time Ninel was also implicated and it was said that the courts would investigate her to find out if she was aware of the alleged crimes of your partner at the time.

The truth is after a year running away from the law, he finally came forward and would have shown he had nothing to do with the money complaints that he requested and supposedly passed on to third parties. He was free of all charges, and as Emmanuel’s father says, he never set foot in jail.

What will next now for Ninel? On the one hand, wanted to make it clear in the interview that she is not legally married to Ramos, So what it also has nothing to do with their business, nor have their accounts been used to receive large amounts of money.

On the other hand, he assured that She and Larry would have decided that for the time being each deal with resolving their legal situations, hinting that the couple will be in ‘suspense’.

And speaking of Medina, before this interview came out on Univision, he contacted ‘Chisme Ni Like’, and told Javier Ceriani and Elisa Beristain that this was the moment to close the legal fight with him, whatWho will give him full custody of Emmanuel, the visitation regime will be established, so that the way is free to solve what, according to him, would come upon her for the crimes of her partner.