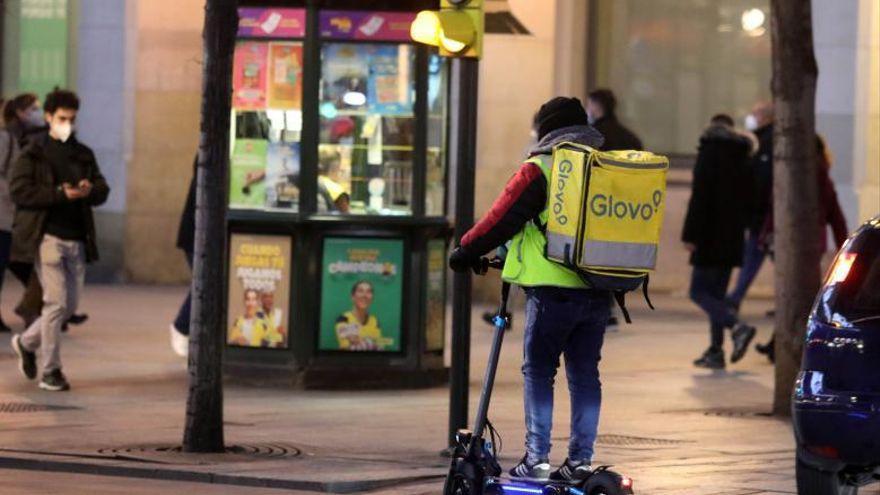 New legal setback for digital platforms for the delivery of food at home. The Social Court number 5 of Zaragoza has ruled against the Glovo company and in favor of Social Security by ratifying that 329 delivery men with the yellow backpack acted as false self-employed, since they developed an activity of salaried employees. This is the second collective sentence handed down in Aragon that recognizes the workforce of riders – the first was lost by Deliveroo – and represents a new blow to the model of home delivery platforms, following the doctrine established by the Supreme Court in September 2020, which gave the final lunge to the model labor and business of these operators.

The matter tried in the Aragonese capital, which has meant for the Social Security a loss close to 400,000 euros, has its origin in the infraction act raised in 2018 by the Labor and Social Security Inspectorate against Glovo, whose action was revealed in its day by this newspaper. The trial was originally scheduled to take place on September 30, 2019, but on several occasions. First due to a company resource and later due to the pandemic. The hearing finally took place on February 12, 2021, so the court ruling has taken ten months to arrive.

The sentence, to which this newspaper has had access, It has 50 pages and half of them are dedicated to examining the delivery men on a case-by-case basis. In this sense, it is detailed that Glovo took 30% of the invoice paid by the client and between five and six euros of every 100 corresponded to the dealer, which shows that the company obtained a “capital gain or profit” and that the amount I received from the shops was higher than that paid to the delivery men.

The main argument that the judge uses is that the platform, in which workers, clients and establishments concur, is “decisive for the provision of the service.” However, the first “they did not intervene in the organization of the process nor did they participate in the structure organizational nor in the directive that selected and negotiated the conditions “with the businesses.

The court considers that Glovo has “two forms of control” of the riders, such as geolocation and the allocation of distributions through an algorithm that requires that the dealer cannot choose. In this way, it monitors the entire process and also the workers.

“The judge asserts the presumption of certainty of the administration and Glovo has not been able to demonstrate that the result of the investigation is not true,” according to legal sources from Social Security. “Another important point of the sentence is that no risk-taking on the part of the distributors, “they highlighted.

The ruling also confirms that the conditions of the analyzed workers comply with the elements of alienation and dependency, the two core concepts to determine if a worker is salaried, as stated in article 1.1 of the Workers’ Statute. Predictably, Glovo will appeal the ruling to the Superior Court of Justice of Aragon (TSJA), as it has been doing with other similar sentences, but a priori there is no margin for cancellation after the criteria set on riders by the Supreme Court.

The labor authority also sanctioned Deliveroo in Zaragoza for its labor model, a case that also reached the courts, which also ended up agreeing with the public body. First, it was the Social Court number 2 that determined, in the spring of 2020, that 55 distributors of this platform were false self-employed, which implied the payment of more than 35,000 euros to Social Security for pending contributions. In April of last year, the TSJA ratified this pronouncement.

Meanwhile, in August 2021 the so-called Rider Law began, which forces the hiring of delivery men and it tries to put an end to the model of workers for how many others that had been applied.