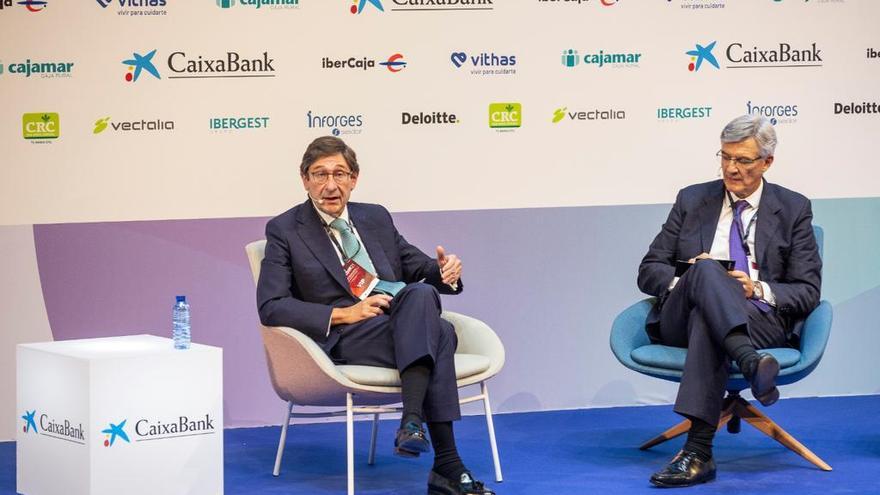 It is not enough to return to the previous levels of the pandemic. We must take advantage of the manna from European funds to attack the endemic evils that weigh down the Spanish economy and, specifically, to increase the productivity of companies. This was stated this Thursday by the president of CaixaBank, José Ignacio Goirigolzarri, during the III Fexdir Board of Directors Excellence Forum, which is held this Thursday in Alicante with the participation of 16 speakers, including CEO, general directors and presidents of leading companies and institutions , both national and international.

An event organized by El Círculo-Directivos de Alicante and the consultancy MB Comunicación, which has CaixaBank as the main sponsor, and it is held again in the Auditorium of the Provincial Council (Adda).

In a talk with the president of Deloitte Spain, Fernando Ruiz, Goirigolzarri commented on the moment of recovery that the Spanish economy is experiencing, after the debacle caused by the covid. “We are looking at twelve months with great force in the Spanish economy and predictably next year we will return to precovid GDP levels“, has pointed out the banker who, however, has indicated that this is” not enough “and that it is necessary to be” more ambitious “.

“We have never had the possibility of having extraordinary funds like now with Next Generation funds It is useless to go back to the previous situation, we have to fight against the endemic ills of the Spanish economy, which have been diagnosed. And, among them, the Gordian knot is productivity, “insisted Goirigolzarri, who recalled that since the creation of the euro Germany has improved its productivity by 0.8% each year compared to 0.2% for the Spanish economy.

Luis Barcala, Carlos Mazón and Eva Toledo along with other members of the delegation who have attended the Fexdir congress held in Alicante Alex Dominguez

“We have to use the funds to increase that productivity and productivity is not improved with demand policies, it is improved with supply policies and that means reforms. I am aware that reforms are politically complex, that they are difficult, but necessary”, has continued.

In this same sense, he has also insisted that to achieve this objective it is also essential that the money reaches SMEs and that it does not remain solely in the projects of large companies. In this regard, he has urged to use the capillarity of the banking sector to get the funds to this productive fabric.

On the other hand, he has also insisted on the need to pay more attention to training and, in particular, vocational training and continuous training to provide an outlet for workers in those sectors that are destroying jobs and redirect them to those who create it.

The Chairman of CaixaBank spoke after the inauguration of the event, which was given by the president of El Círculo, Eva Toledo, who had also already launched the idea that before the pandemic things were not being done quite well and that now comes the opportunity to improve them-; the president of the Provincial Council, Carlos Mazón; and the mayor of Alicante, Luis Barcala.

For his part, the former minister and former EU foreign minister Javier Solana has made an analysis of the international situation. As he has pointed out, the hasty departure from Afghanistan will have important consequences and, among them, the clearest is that “the United States is a country that is increasingly committed to less things. Fundamentally, its relations with China.” The way the world goes will depend on how these relations go, he concluded.