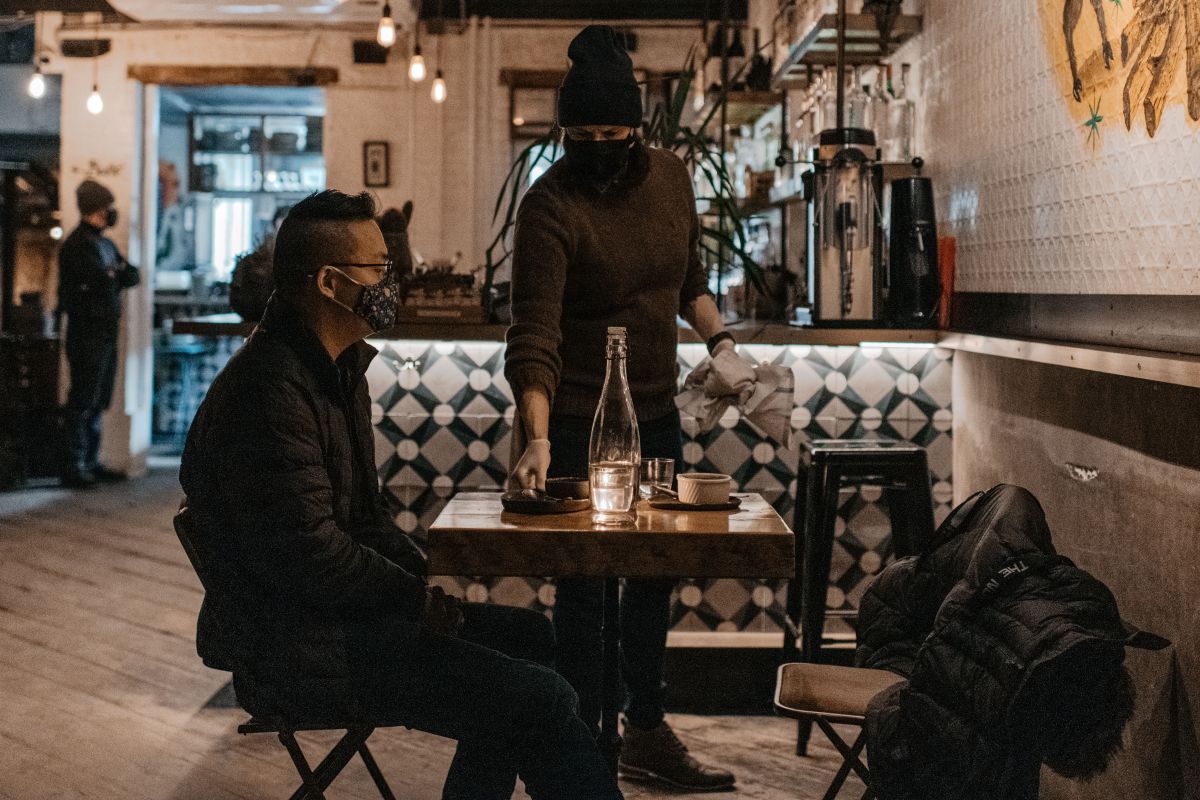 Exactly one week after New York City restaurants were authorized to reopen their indoor services but only at 25% capacity, this Friday Governor Andrew Cuomo authorized that from the next week increase the number of customers to 35% they can attend at the same time.

“What is happening now is that the people in New York City, Staten Island, Manhattan, go to New Jersey to those restaurants, so the purpose is not really being achieved, “Cuomo said, adding that so because of this” now the restaurants of the New York City will reach 35% of its capacity the next Friday. That will be consistent with New Jersey. “

The restoration of interior service in restaurants in the Big Apple last February 12, two days before the original scheduled date, which was Valentine’s Day, was bittersweet news for the owners of these establishments who, despite expressing relief at the reopening after two months of closure, also expressed their discontent because the capacity was not 50%, as it is in the rest of the state.

The newspaper published that Jefrey garcia, leader of the New York Latin Bar and Restaurant Association (NYSRBLA), said at that time that the industry had received another “blow to the wing” when the expectation was that allow serving 50% inside these businesses. “We do not understand if the COVID-19 infection numbers are falling, as the Governor himself clarifies, because it cannot be allowed to operate the same as Long Island, Westchester or New Jersey, if even there the rate of hospitalizations and infections are higher. We don’t understand what the criteria is! “

Also Read  Animal Rescue: Gookie the Emu Gets a Safe Boat Ride from NSW Floods | Floods off the east coast of Australia in 2021

And recognizing that the improvement in the coronavirus numbers in the state does have an impact on the operation of restaurants, the state president said this Friday at his press conference: “We are responding to the data. We are obviously more sensitive to New York City, because of density, concentration, history. But we are going in the right direction, we are progressing ”.

Another announcement that was made this Friday is that the State Department of Health (DOH) will once again allow visits in nursing homes, as part of a new regulation introduced by the Federal Health authorities.

Now DOH will recommend the use of rapid COVID-19 tests for visitors at facilities prior to entering, and will also provide those rapid tests in nursing homes for free. The Governor added that 11 rapid test sites would be opening in the city.

“I believe testing is the key to reopening and we are opening rapid testing sites as we speak,” Cuomo said.

This announcement is made at the same time that the Cuomo Administration is involved in a deep crisis due to the management of the pandemic in nursing homes, and the irregularities in the reports of deaths in the elderly that were 50% less than the actual number of deaths.