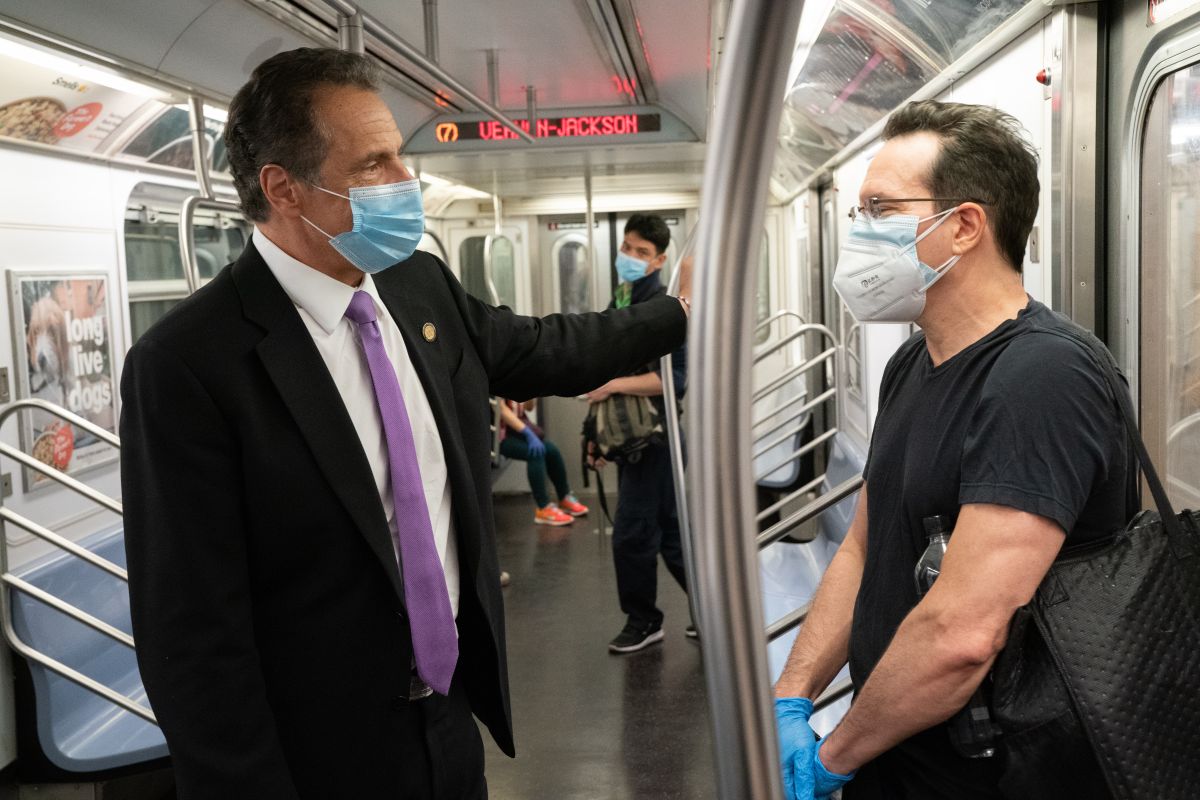 After enjoying solid national popularity during the pandemic, especially among the Democrats who opposed the federal management of Donald Trump, now the governor of New York is experiencing a slump in the polls.

Obviously and quickly affected by three recent complaints of sexual harassment and the resurgence of investigations by mass deaths in nursing homes by a decree of his last March, support a Andrew Cuomo has fallen in recent days, as even his fellow Democrats cry out for his resignation or impeachment. of the position he has held since 2011. His current third term would end on January 1, 2023.

His support index dropped to 38%, while 48% reject it, according to a latest joint survey of News Nation, Pix11 y Emerson College. And 64% think he should not be re-elected for a fourth term in November 2022, as he aspires.

By comparison, an Emerson survey conducted in last april reported a very high 71% approval to Cuomo’s handling of the coronavirus pandemic. Even less than a month ago, a Siena College survey reported that the majority continued to support (61%) his management in the pandemic, although at the same time 55% of New Yorkers considered him responsible for the mass deaths of nursing home residents, relatives and employees following his March 25 order for nursing homes to accept coronavirus patients discharged from hospitals.

At the moment Cuomo has denied having acted bad in all the cases that are pointed out to him and he has not given any public indication that he is considering resigning or even abandoning his desire to run for the fourth time. His late father, Mario Cuomo, was also governor for three terms (1983/1994), until he was defeated by George Pataki (R) when seeking another reelection.

The poll also found that nearly half of the voters (45%) believe Cuomo should resign because of his handling of the COVID-19 pandemic in nursing homes, while 36% support him to continue in office and 19% were undecided.

Another new poll, from the Harvard Center for American Political Studies (CAPS) and the Harris Poll, gave Cuomo a net national favorability rating of -11%. That’s a 22 point decrease from July 2020, the last time that poll specifically looked at the governor of New York.

With that 11% drop, Cuomo’s rating is now lower than that of controversial former President Donald Trump and just a little higher than the Senator Ted Cruz, recently questioned for traveling to Mexico on vacation during the Texas winter emergency.

That national poll consulted registered voters online from February 23 to 25, when complaints of sexual harassment were just beginning, he noted. NBC News.

According to this survey, 71% believe that Cuomo did hide the data on deaths in the elderly and therefore should be prosecuted; and 31% said they had a favorable opinion of the governor, compared to 42% against it.

Yesterday, the NY State Assembly limited the use of emergency powers due to the pandemic that Cuomo enjoyed, that would be valid until next April 30.

Triple scandals have tarnished New York Gov. Andrew Cuomo badly in the public’s eyes, with a 22-point swing in his favorability rating in a new Harvard-backed poll.https://t.co/dVUcwZeMQu