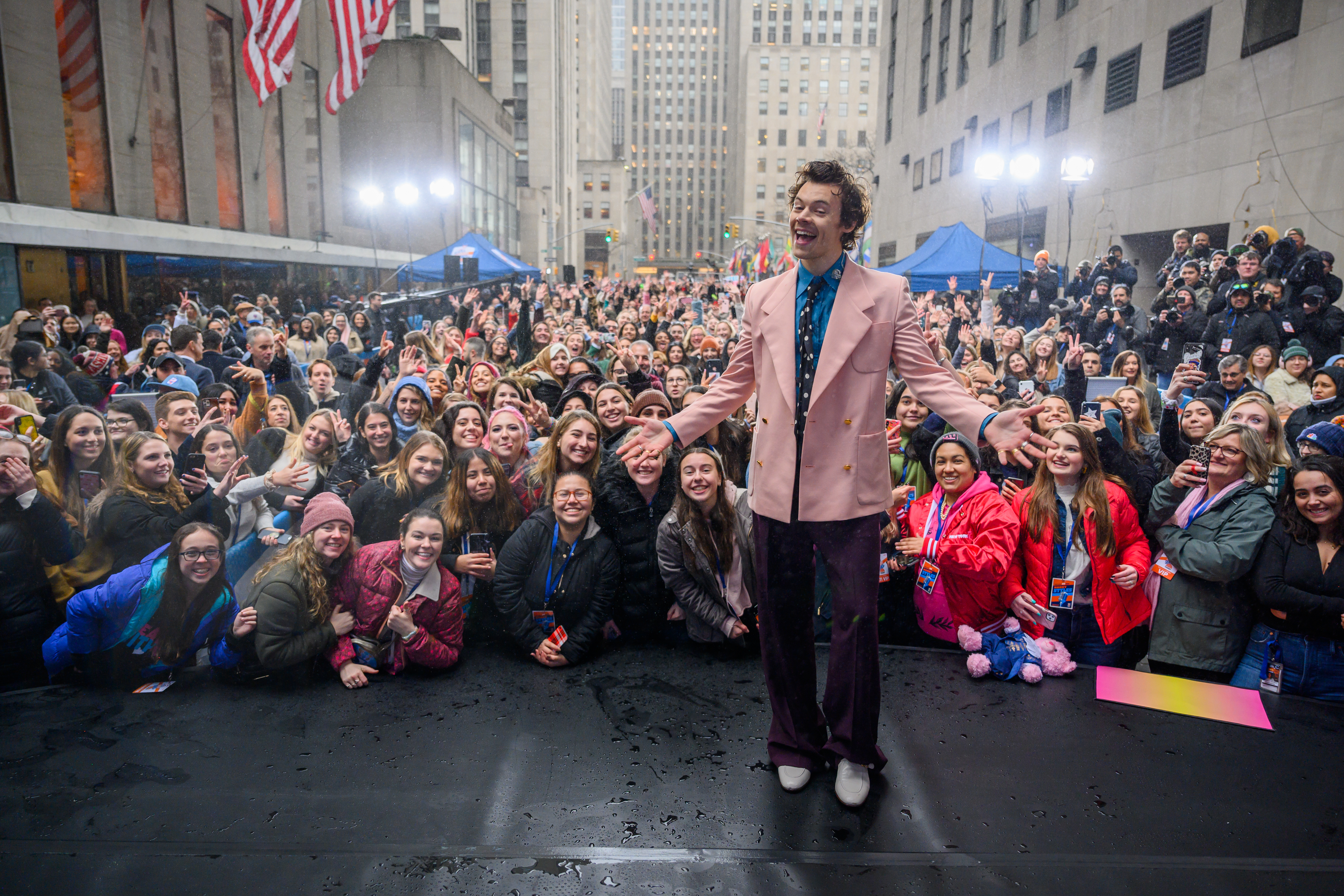 Harry Styles’ life seems created by the algorithm of Instagram, that friendly social network where people come to showcase everything they do well and celebrate everything others do well. It is not surprising, then, that the former One Direction is in charge of opening the Grammy gala that will take place in Los Angeles this Sunday. After his performance, which the organizers have already described as memorable, will come out other artists who try every day to capture the spirit of these times that we live in, such as Billie Eilish, Dua Lipa or Bad Bunny.

Each represents one or more contemporary concerns, but none as many as this 27-year-old Englishman. Fashion world icon. Epigone of gender fluidity. Addicted to yoga, meditation and Pilates. Smiling but aware. Healthy. A fervent follower of the theories about love and self-help of that kind of Paulo Coelho for millennials who is Alain de Botton. Actor for Christopher Nolan in the film with the most remarkable male cast of recent years, Dunquerque. Olivia Wilde’s partner, one of the brightest, most creative and committed actresses in Hollywood. The only thing that is not contemporary at all is his music. His two solo albums to date are filled with a light-hearted and carefree pop that has little to do with almost everything on the charts today, but is in perfect harmony with what you might expect from someone who, after reading Elton John’s biography, his assessment is reduced to: “How much cocaine, right?”

The most fascinating thing about all this is that Harry Styles, a guy who according to Forbes It is worth about 80 million euros and that he spent the confinement with two members of his band watching movies and cooking soups, he is sincere. They say that even when he was a child, he would appear in the schoolyard with pointed Chelsea boots, a very risky stylistic decision for a child, but which he did not think to give up. Nor to kick the ball with those boots. Back home he sang in the car, until at the age of 16 he entered Factor X. Shortly after, he was already part of that machine called One Direction. Potential fans of this type of product were divided among the five members of the combo. Those who had never paid attention to, or even listlessly dispatched groups of similar characteristics, had only one favorite: him. So when the band disbanded, Styles started his solo career with an advantage. He had in his pocket the world of fashion, that of teenage fans and even that of followers of classic pop.

The Englishman is a big fan of Stevie Nicks, Grace Jones, David Bowie, Prince or the Sex Pistols. His London home is filled with images and memorabilia from the golden age of pop and rock. When designer Emily Adams Bode was commissioned to wear pants for Harry to wear in a photo shoot, he sent her to inspire photos of his family and another featuring David Hockney and Joni Mitchell together. She created one of her incredible one-of-a-kind designs for him, pants decorated with hand-painted images from Harry’s life. They say that he had always had a passion for fashion, from those Chelsea boots, but it was in 2014, when he met stylist Jack Wills, that he became an icon. A coffee with Alessandro Michelle, Gucci’s creative director, did the rest. Right now, Styles is one of the most influential men in the world of fashion, a guy capable of not only making a JW Anderson cardigan wear out because he’s worn it, but thousands of fans around the world make him go viral. challenge to weave a similar one at home. In the end, even Anderson made the stamp publicly available along with a YouTube tutorial on how to make it.

“For me, Harry is very modern. I hope that the kind of confidence that he has as a man – without a trace of toxic masculinity – is an indication of what his generation is like and, therefore, the future of this world ”. Before becoming his partner and after filming with him his directorial debut in Don’t worry Darling, Olivia Wilde stated this to Vogue. She is one of the strongest activists of Hollywood progress, while in Styles’ credit to become definitely the perfect man for these times is precisely activism. “I am not manifesting myself because I am still looking for the cause. When I find it, I will dedicate myself to it. Only one ”, declared last year the English to The Guardian. Months after the actress’s comment on Vogue About the former One Direction, some images were leaked of her and Harry holding hands during a wedding. The romance was confirmed. Styles has been a partner of Kendall Jenner or Taylor Swift, of whose relationship there seem to be traces in some cuts of his second feature, Fine line. She has broken up with Jason Sudeikis, with whom she has been romantically linked since 2011 and with whom she has two children in common. Jason, in a sweatshirt and at home, receiving the Golden Globe for the series Ted Lasso It was one of the most viralized images of an awards ceremony weighed down by covid-19 and the broadcast with the smallest audience in the history of these awards. Harry Styles opens this Sunday the gala that is presented as the first of the return to the new normal, a normal that, thanks to people like him, has more of new than normal.