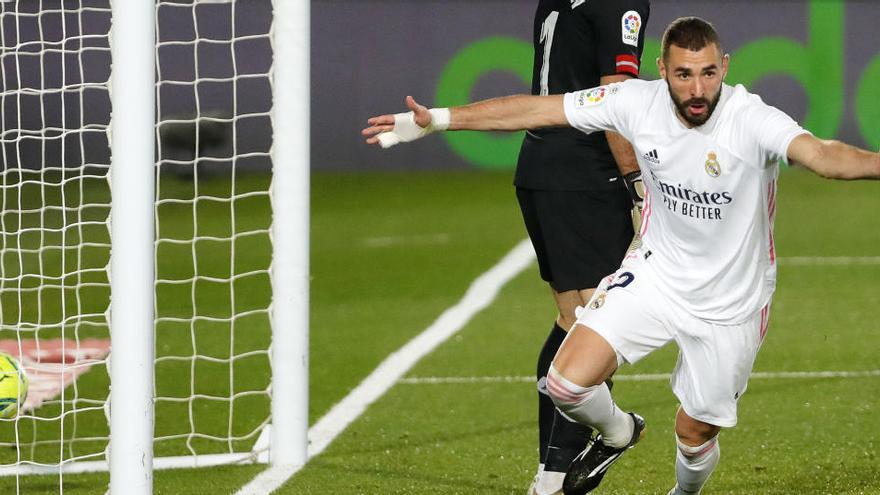 The Granada, in full struggles to stay in European competitions, will test the good run of four wins in a row Real Madrid with an almost fixed group of players chosen by Zinedine Zidane, who will have to solve a crossroads: rotate or keep them.

The minute statistics of the white squad reveal an illuminating data from the last five games, four in LaLiga Santander and one in the Champions League. All were won by Real Madrid and twelve players accumulated up to 93.6 percent of the minutes.

So far, Zidane has bet don’t touch what works and players like Thibaut Courtois, Raphael Varane, Ferland Mendy and Karim Benzema have played it all without rest. Others like Lucas Vázquez or Luka Modric touch that figure, with 435 and 432 minutes respectively.

The rest of the list of twelve is completed by Sergio Ramos, Brazilians Casemiro, Rodrygo Goes and Vinícius and Dani Carvajal. The rest of the squad has hardly counted. Only Marco Asensio, Nacho Fernández, Uruguayan Fede Valverde, Isco and youth squad Sergio Arribas have participated. And all a few minutes.

By obligation, Zidane will have to give some touch to his lineup. Luka Modric, with a muscular overload, will come out of the eleven and will leave his hole to Valverde. In addition, Vinícius, who was unable to travel to Eibar due to gastroenteritis, also has options to enter the line-up for Rodrygo.

The Real Madrid coach too recovers Isco, absent last day due to a blow on an ankle. It will be more difficult to play, lately he does not enjoy the confidence of his coach. Others like Eden Hazard are anyone’s guess. Zidane asks for patience with the Belgian and it is possible that he will return to a call for the clash against Granada.

The rest of Real Madrid names will have to wait for Zidane’s decision. If he applies a strong rotation policy, players like Serbian Luka Jovic, Norwegian Martin Odegaard or Mariano Díaz, could count on minutes. They all returned to a list after their injuries last day and are waiting for an opportunity.

Granada will play its last game as a visitor in the best year in its history, a clash that he faces with very little to lose, finding himself in an outstanding sixth place in the standings with 21 points, the same as Barcelona.

The team led by Diego Martínez arrives at the meeting with the tranquility that the two victories achieved in the past days against Elche (0-1) and Real Betis (2-0), with which they ended a losing streak of five games without winning.

The Andalusian team, in addition, is presented in Valdebebas in a great shape moment in the defensive field, since he accumulates four consecutive official games leaving his clean sheet, which is one of his great hallmarks.

The objective of Granada will be sign a good match to try to surprise the white box and to achieve a good result that allows him to continue with the best in the classification and, above all, to maintain the income with the lower part of the table.

Grenadians want close with good results Against Real Madrid and Valencia – the following Wednesday in their fiefdom – a historic 2020, in which they reached the semifinals of the Copa del Rey and successfully debuted in European competition after finishing seventh last season in LaLiga Santander.

The coach Diego Martínez has two important casualties compared to Sunday’s clash against Betis, since he cannot count due to the accumulation of yellow cards with the French half Maxime Gonalons and due to injury with the Venezuelan winger Darwin Machís.

Cameroonian Yan Eteki is the natural replacement for Gonalons in the defensive pivot, while Machís will be replaced by Antonio Puertas, already restored after having been several weeks limping after overcoming the coronavirus, and the fact of not playing again until the 30th will, in principle, make the rest of the eleven against Real Madrid the same as last day.

Even so, it is not ruled out that the rojiblanco coach introduces some more variation in his starting team or even opts for a different game system than usual.

The key: the resistance of the usual players in the last Zidane lineups. If the French coach continues with his policy of almost zero rotations, physical wear and tear could take its toll on his men.

The data: up to 12 Real Madrid players accumulate 93.6 percent of the minutes that the Whites have played in their five victories in official matches.

The environment: euphoria in Real Madrid for their five victories and an atmosphere outside the club rarefied by the statements of president Florentino Pérez, who criticized the treatment his team receives in television broadcasts hours before a possible penalty by Sergio Ramos that they did not indicate in favor of Eibar.