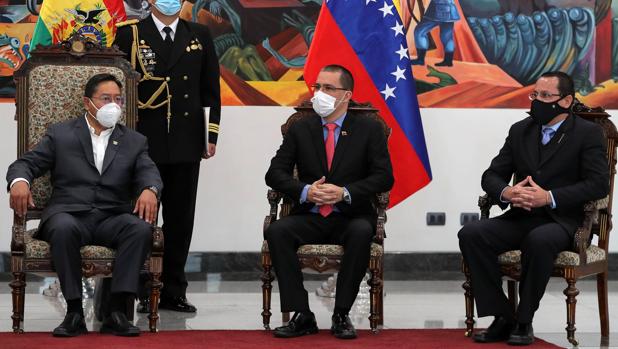 North-South tension in America will take new forms in Joe Biden’s next four years in the White House. The relationships, predictably, will be softer in the forms although, deep down, perhaps, little or almost nothing changes. Another thing is what will happen behind closed doors in the rest of the continent. “Even if there was not a radical turn, the forms will change and the discourse will be less divisive,” observes Carlos Malamud, principal investigator for Latin America at the Elcano Royal Institute. “It so happens – he remembers – that next year the VIII Summit of the Americas will be held in the United States.” It will then be “the ideal occasion to fully measure the direction and strategy of the Latin American policy of the new Administration. López Obrador’s Mexico got along with Trump and predictably, it will with Biden. In the meantime, the chips (governments) seek accommodation on the new American board. Peru, with the violent disturbances, after the proclamation and resignation of Manuel Merino and the train crash with Martín Vizcarra, enters a crisis of uncertain outcome, despite having elections called in April. Cuba dreams of a return to open policies as with Obama and Venezuela repeats the mantra of “dialogue” while the regime digests the sanctions that, with difficulty, will be lifted against its caciques. The south is in turmoil and Chile faces an uncertain future with constituent elections to draft a new Constitution. The Bolivarian countries are recovering vigor with the idea of ​​changing Trump for Biden, but conservatives, such as Iván Duque’s Colombia, understand that, in one way or another, the Democrat will follow, in State affairs, in the wake of the Republican. The investiture in Bolivia of Luis Arce and the return from voluntary exile of Evo Morales, in Andean Cid Campeador mode, generated illusion among those nostalgic for 21st century socialism who continue to speak of the “empire” to refer to the US The president who recovered for the presidential band the symbols of the native peoples (wipala) guaranteed those who doubt: “This will be my Government.” An economist and former minister in the golden stage of raw materials in the southern cone, Arce managed finances with austerity and wisdom. He demonstrated to be clear that one thing is political speeches to satisfy the masses and another to play with things to eat. His victory was interpreted as a triumph for the members of the Puebla group, an initiative of Alberto Fernández or a refuge for late-night politicians and former presidents of a left that wants to regain prominence. Among others, by Rafael Correa, Fernando Lugo, Ernesto Samper, Dilma Roussef or Lula Da Silva. On the part of Spain, its highest representatives are José Luis Rodríguez Zapatero and Minister Irene Montero. Systematic corruption During his vice-presidency under Obama, Joe Biden visited Latin America thirteen times. Know who is who and act knowingly. Argentina is urgent to close an agreement with the IMF and needs your support. The rhetoric of the «Fernández», predictably, will tone down, but the systematic corruption, incentives to take over land, stampede by companies and assaults on the Judicial Branch of the Government are not a good bargaining chip. Jair Bolsonaro may consider Trump’s defeat as his own. Carlos Malamud wonders: «What margin will there be for a full normalization of the bilateral relationship? Will there be any gesture by Bolsonaro to rectify a course that no longer has a future? Or will a truce signal be sent from the White House? ” Time will tell but the American, without a doubt, will not forgive his contempt for climate change and the absence of a green agenda for the lungs of the planet.