The roadmap is clear: Europe must reduce its greenhouse gas emissions by 55% by 2030 in order to achieve neutrality by 2050. To do this, it is vital to move towards a low-carbon economy based on electricity generated by clean energy , which progressively corners fossil fuels in the field of mobility, construction, urban management… But, in the case of large industry or long-distance freight transport , can it be sustained by electricity alone? The answer is no, and that’s where it comes in. green hydrogen, an energy that will play a key role in decarbonisation .

It is a technology based on the generation of hydrogen —a universal, light and highly reactive fuel— through a chemical process known as electrolysis. This method uses electrical current to separate hydrogen from oxygen in water. . Therefore, if the electricity used is obtained from renewable sources, this energy will be obtained without emitting carbon dioxide into the atmosphere. Also, green hydrogen it does not emit polluting gases during its combustion, it is easily stored and moved using the same infrastructure as natural gas and can be used for domestic, commercial, industrial or mobility purposes.

Thanks to this versatility, you can be a feasible solution in those consumption niches that are very difficult to decarbonise, such as heavy transport, aviation or maritime transport . In this sense, there are already projects promoted by the European Union, such as Hycarus and Cryoplane, which plan to introduce it in passenger aircraft. If we take into account that the demand for ¬gray hydrogen as fuel ¬–obtained through fossil fuels– has tripled since 1975 to reach 70 million tons per year in 2018, if all this volume were obtained in a green way it would be possible to avoid the emission of 830 million tons of CO2 per year. The great challenge pending for the energy industry is to lower the cost of its production, something that could be achieved through subsidies and the planned European funds.

The Puertollano plant is made up of a 100 MW photovoltaic solar plant, a lithium-ion battery system with a storage capacity of 20 MWh and one of the largest hydrogen production systems by electrolysis in the world . And all this from 100% renewable sources. The green hydrogen produced will allow the Fertiberia plant to reduce its natural gas needs by more than 10% and become the first European company in the sector to develop a large-scale green ammonia generation experience .

Thus, the alliance between Iberdrola and Fertiberia aims to place Spain at the forefront of green hydrogen in Europe and turning it into a technological benchmark in the production and use of this resource , especially in the field of electrolysis. To do this, both companies have launched a comprehensive project that includes the development of 830 MW of green hydrogen with an investment of 1,800 million euros until 2027.

The innovation initiative, which starts with the start-up of the Puertollano complex, could be completed with a plan to multiply by 40 times the capacity of this first plant with the development of another three projects between 2023 and 2027, which would be carried out at the Fertiberia plant in this municipality of Ciudad Real and at the Palos de la Frontera plant in Huelva. In addition, Iberdrola Iberdrola has submitted 53 projects related to green hydrogen to the Next Generation EU program , which would activate investments of 2,500 million euros to achieve an annual production of 60,000 tons.

Buses powered only by green hydrogen 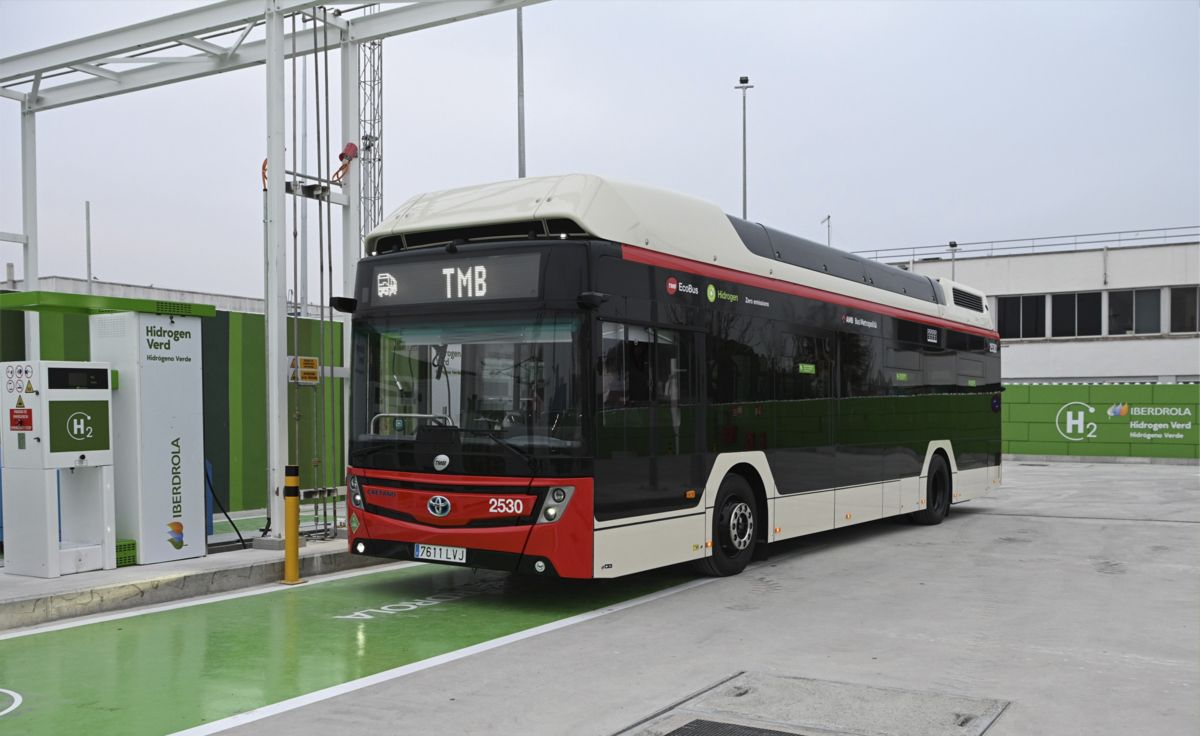 In addition to these future plans, the use of green hydrogen is already a palpable reality in public transport in Barcelona. Last December, Transports Metropolitans de Barcelona (TMB) received its first hydrogen fuel cell bus that will be supplied in the first green hydrogen plant for public use in Spain: the installation of Iberdrola in the Free Zone of Barcelona , which has already begun to produce and seeks to establish itself as a green hydrogen hub in one of the country’s most important industrial areas.

Also Read  The story behind the famous "disaster girl" meme that just sold for $ 500,000

This is the bus it emits only water vapor and is supplied with about 20 kilograms of green hydrogen per day . It is the first of eight planned to be built by CaetanoBus, and will enter commercial service on a regular line this year. “It is a milestone for the company, for Barcelona and for the metropolitan area, which have become reference in terms of innovative solutions for sustainable mobility ”, remarks Laia Bonet, president of TMB and deputy mayor of the 2030 Agenda of the Barcelona City Council, who has advanced that her objective is to incorporate up to 46 green hydrogen buses over these years.

Whether in the field of mobility, the agricultural sector or industry in general, green hydrogen must play a key role in achieving the climate goals needed to mitigate global warming . Iberdrola is already taking the necessary steps to make this technology effective, competitive and accessible as soon as possible.