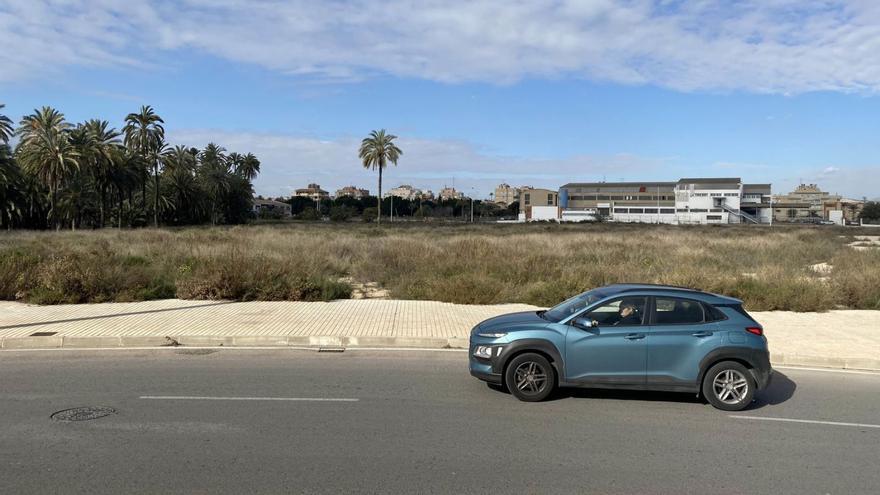 The City Council has saved the first procedure to build a new school in one of the fastest growing areas of the city. Number 37, already baptized as “Els Arrels” and located next to the Travalón orchard to house 500 schoolchildren, already has the basic project approved. The successful bidder must submit the execution document within two months and the municipal objective is for construction works to begin within this mandate.

The new educational center that the Generalitat will finance through the Edificant Plan with a budget of around 5.5 million euros will be located on Antonio Agulló Valero street, a few meters from the Palmeral of Elche.

Given its proximity, the project includes measures to integrate the building into its surroundings, according to the spokesman for the governing board, Héctor Díez.

The property will have three modules and will be built on a plot of 8,500 square meters. One will be general services with a hall, Primary classrooms and administration rooms. A second module will be dedicated to the Infant classrooms, toilets and warehouses and the third module corresponds to the center’s gym, which will also have sports courts.

“This school is going to come to alleviate the problems that we currently have in the eastern part of the urban area, in the surroundings of the Martínez Valero stadium, and it will house the students who are currently in the Carlos III school,” said the spokesman, who He added that “it is about responding to the demand of one of the growth areas of the city”.

On the other hand, the governing board agreed to file a contentious-administrative appeal against the value set by the Alicante Provincial Expropriation Jury on land currently occupied by roads in Torrellano and which was expropriated from private individuals.

The Elche City Council set the value of the land at 910,000 euros, while the Justiprecio estimated it at 1.5 million and the property at 5 million. For this reason, the local executive has decided to go to court to “defend municipal interests,” said Díez.

Likewise, PSOE and Compromís awarded the contract for the supply of computer equipment for different dependencies of the City Council for 150,000 euros, which will involve the purchase of 110 computers, in order to “improve the tools of civil servants, citizen attention and modernize the Electronic Administration », argued the socialist spokesman.

New attempt to install the lift for Parkinson’s patients

The City Council is going to allocate almost 200,000 euros to improving accessibility in municipal facilities and the Parkinson Association elevator promised four years ago. The governing board gave the green light to the contest that will allow the entity to have a new elevator at its headquarters, the municipally owned building of Hort de Montenegro. The works will also benefit the social centers of Altabix-Universidad, Palmerales, Poeta Miguel Hernández, San Antón and Victoria Kent, and premises that provide social and health services. The spokesman apologized to the Parkinson Association for “the accumulation of errors that have been occurring that have caused the installation of this elevator to be excessively delayed.”