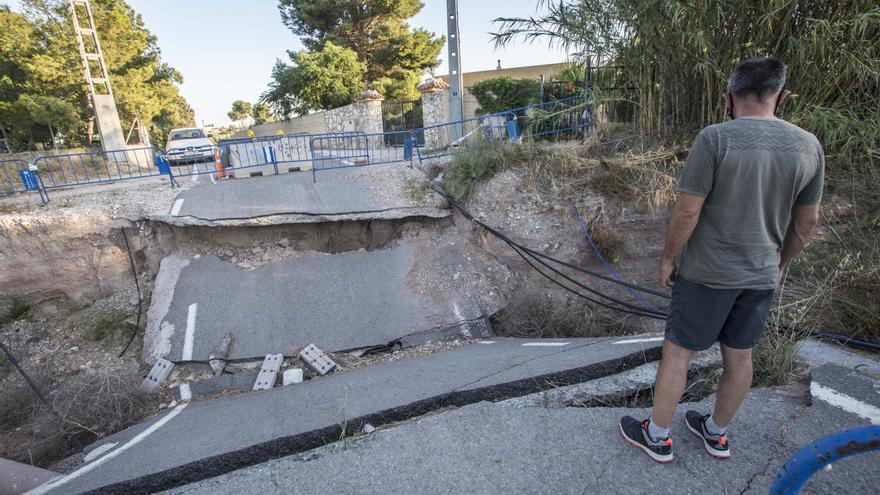 The works will be carried out in Bacarot, the Atalayas industrial estate, the La Vallonga area, a road affected by the Lo Mollet rambla, intersection with the Molineta road and in the Cañada del Fenollar.

The Councilor for Infrastructure, José Ramón González, has highlighted that “a series of projects that were being processed for the repair of the damages caused in the road infrastructure and boulevards of the rural areas are being launched, mainly in District 5, and that hindered road communications to the neighbors of these areas ”.

On the other hand, the Contracting Board of the Alicante City Council, has submitted to the Governing Board the proposal for the award of the Redevelopment works on Ireland Street, between Plaza de A Coruña and Avenida de Niza in Playa San Juan in favor of Hormigones y Asfaltos Tizor, as the best ranked company with an offer of 410,676.59 euros, out of a base budget for the tender of 459,575 euros.

The project includes the landscaping of the sidewalks and the renovation of public lighting to optimize energy efficiency, as well as renovating the supply and sanitation networks. In addition, the street will be given a new pavement, relocating the pedestrian crossings to guarantee accessibility for pedestrians. Also, the pedestrian route of this road that serves as a junction between the Plaza de La Coruña and the Avenida de Niza will be improved, which is frequented by many citizens and has a high density of influx during the summer because a TRAM stop is located.

The proposal for the award of the works of phase one of the project has also been submitted to the Governing Board. reinforcement of road surface in several streets of Albufera, The objective of which is to carry out the paving and resurfacing works necessary to correct existing deficiencies. Specifically, action will be taken on the roads located on the Camino Viejo de San Juan, Calle Duque de Rivas, and others located within District 4.

The commercial company Aglomerados los Serranos has been the proposal for this action to be awarded with an offer submitted for an amount of 95,336.29 euros, out of a base budget for the tender of 124,341 euros.

The Contracting Board of the Alicante City Council has also sent to the Governing Board the award proposal for the works of construction of a metal walkway in the forest area of ​​the Parque del Tossal in Alicante, to provide pedestrian access between the lower road next to CEIP La Aneja and the castle of San Fernando, and improves its accessibility. For the execution of the project, the commercial company Aceves Servicios Industriales has been ranked first with an offer of 150,549.41 euros, based on a bid base budget of 173,126 euros.

Currently the users of the park have to descend a slope of more than 10 meters to access the park and then ascend the same height, to reach the entrance to the Castillo de San Fernando, crossing the current path through a zebra crossing.

The Alicante City Council also plans to start the renovation of artificial turf and improvement of municipal soccer fields in the Antonio Solana sports city in Villafranqueza, San Blas and Florida Babel. The Contracting Table has proposed to the Local Government Board the award of these three actions to the commercial Realturf System, after its offer of 628,793.44 euros, with respect to the base budget of the joint bidding 795,450 euros. The execution period, in the case of the Villafranqueza municipal stadium, will be two months and 15 days, while for the remaining two facilities it will be two months. The execution of the works also includes the change of the goals, nets and furniture.