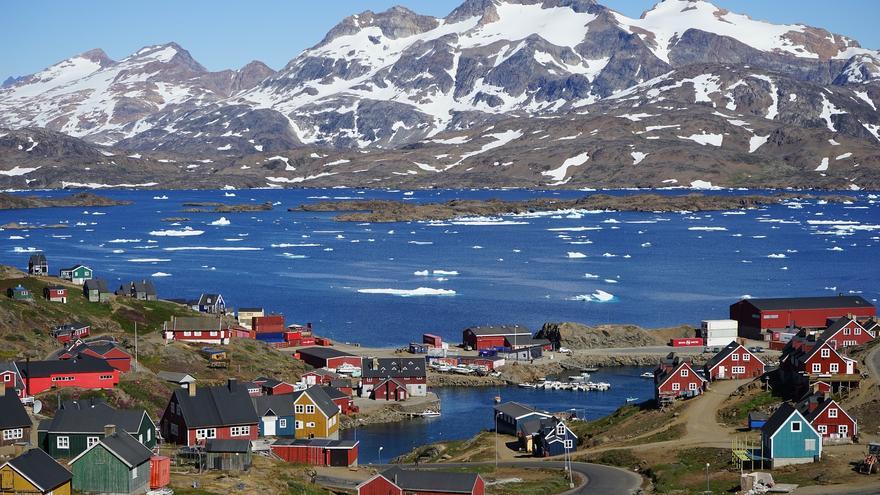 Greenland’s glaciers are at lows. They have fallen again for the twenty-fifth consecutive year, which is “one more evidence” of the unstoppable advance of climate change, as has been warned by the United Nations (UN), which demands stronger and more forceful actions from the states to urgently stop global warming.

Observations of the extent of sea ice reveal that Arctic summer ice area has decreased annually by an average of about 94,000 square kilometers since the late 1970s. This figure is equal to the surface area of ​​the largest region in the entire European Union: Castilla y León.

Scientists have found that in 2021 the Greenland ice sheet lost more mass during the thaw season than it gained during winter. A quarter of a century of that constant melting was thus achieved, according to a new study backed by the World Meteorological Organization (WMO), a UN agency.

The Danish monitoring service ‘Polar Portal’, which participates in the WMO annual report on the state of the climate, has warned that the year 2021 was added to the previous 24 years of constant loss of ice from Greenland’s glaciers.

He explains that the beginning of the boreal summer of 2021 was cold and wet, with unusually heavy and late snowfalls in June, delaying the start of the Greenland ice melting season. But nevertheless, a heat wave at the end of July caused a considerable loss of glaciers.

The study details that in terms of “total mass balance” (the sum of the melting of the surface and the loss of pieces of ice from the icebergs, in addition to the melting of the “tongues” of the glaciers in contact with seawater ), the ice sheet lost around 166,000 million tons between August 2020 and that same month of 2021.

“In other words, the ice sheet ended the season with a net surface mass balance of approximately 396 billion tonnes, making it the 28th lowest level on record in 41 years,” the report states.

The phenomenon is a “clear example” of the rapid advance of climate change and implies a “transformation of the planet’s perspectives”, raises the Polar Portal. The researchers argue that, unlike today, in the late 1990s, for example, those same numbers would have simply been viewed as a very low surface mass balance year. But now it happens continuously.

The report notes that the cause of the early summer cold could be due to conditions in southwestern Canada and the northwestern United States, as a huge high-pressure “lockdown” system formed in both territories. He adds that such a pattern occurs regularly in the troposphere, and not just in North America, but has never been observed with such force.

The study cites an analysis by the international scientific initiative ‘World Weather Attribution’, which showed that that high pressure system could only be understood as a result of atmospheric warming caused by human activity.

Rain instead of snow in the Arctic

Scientific analysis concludes that 2021 was a “remarkable” year (in a negative sense) for several reasons. The first, that rain was recorded for the first time instead of snow at the Summit weather station, located on top of a glacier at 3,200 meters of altitude. In addition, a acceleration of ice loss in the Sermeq Kujalleq glacier, where the rate of loss had stagnated for several years.

Also Read  "Populism has implanted a dictatorship of minorities"

However, the Polar Portal reported that winter snowfall was close to average for the period 1981-2010. He stressed that this is a “good news”, Because a combination of few winter snowfalls and a warm summer could have caused great losses of ice, as it already happened in 2019. It remains to be seen if this phenomenon will be repeated in the coming years.

Even if July 2021 saw the second lowest extent of ice in Greenland since 1979In August and September, by contrast, the melting was not as high, and when the extent of sea ice reached its annual minimum, on September 12, its degree was just outside the top 10 years with the least extent of ice. marine since 1979.

In 2021, the date of the annual minimum sea ice extent was two days later than the 1981-2010 mean (September 10). So also sea ​​ice refreezing started a little later than normal.

Most of the lower reaches of sea ice in Greenland have been found in the last 20 years, and the downward trend is “bad news for Arctic climate, as sea ​​ice plays an important role in the global climate system”, Picks up the report. This is due, among other reasons, to the fact that shrinking sea ice creates a “vicious cycle” accelerating warming in the Arctic, the researchers point out.