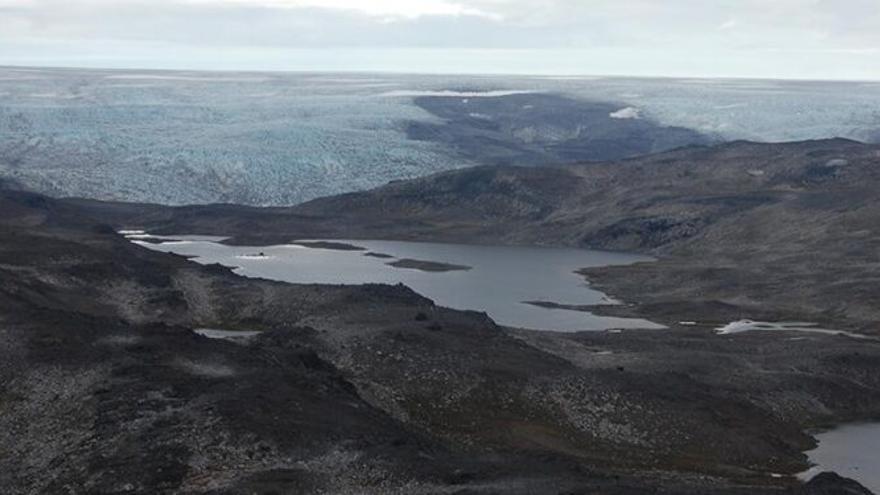 Southwest Greenland, which contains some of the oldest bedrock on the planet, preserves chemical remnants from the magma ocean that swept over the Earth’s surface and penetrated hundreds of kilometers below the crust while it was still in full formation.

About 4.47 billion years ago, the Earth was an impenetrable conglomeration of rocks that heated up and eventually melted the entire planet.

Research carried out at the University of Cambridge has found in ancient Greenland rocks evidence of the incandescent magma ocean that formed in the early days of the Earth’s turbulent history.

A subsequent cooling crystallized that magma ocean and the crust became solid, allowing the accumulation of water in the lower parts and the formation of a layer of gases that would later become the primitive atmosphere.

After the big bang

It is difficult to know in depth that process that led to the formation of a planet that ended up located at the right distance from the Sun and with the right size to have life and retain atmosphere.

The rocks with more than 4,000 million years that could tell us that story, have been recycled in the many tectonic processes that have taken place since then.

Also Read  Covid income overflows hospitals in the province, which already put beds even in the gym

However, the new research has found chemical remains from the early magma ocean, hidden in more recent rocks, 3.6 billion years old, that had been preserved southwest of Greenland, the largest island on Earth (after Australia).

Archaic green stones Southwest Greenland, where these clues were found, contains some of the oldest bedrock on the planet, approximately 3.8 billion years old.

In that region, the bedrock is not as recycled as that of the surrounding gneiss: this has allowed the historic discovery of the remains of the ancient sea of ​​magma.

Everything has happened in the so-called Isua green stone belt, which contains volcanic and mafic sedimentary rocks (rich in magnesium and iron) of variable metamorphosis.

The new research has been able to determine that these volcanic rocks were formed as a result of the crystallization of the primitive magma ocean.

The researchers explain that most of this early rock has been mixed by convection (displacement) of the mantle, but they believe that some isolated areas deep within the mantle core boundary (ancient crystal cemeteries) have remained unchanged for billions. of years.

Relationship with active volcanoes The relics of these crystal cemeteries are present in the rocks of Isua and preserve a signature of the formation of the Earth that has led researchers to think that the origin of our planet is linked to these primitive crystals.

They consider that the mixture of ancient crystals and magma would have first migrated to the upper mantle, where it was churned to create a “marble cake” of rocks of different depths.

The subsequent melting of that rock hybrid is what produced the magma that fed this part of Greenland, the researchers say.

They even go further: they consider that volcanoes currently active in hot spots on the planet may be influenced by ancient processes such as those observed in Greenland, since the geochemical signals found in Isua bear similarities to the rocks that erupted in volcanic eruptions in Hawaii.

More information “There are few opportunities to obtain geological evidence for events that occurred in the first billion years of Earth’s history. It’s amazing that we can even hold these rocks in our hands, let alone get so much detail about the early history of our planet, ”explains lead author Helen Williams from the Cambridge Department of Earth Sciences in a release.

Simon Matthews from the University of Iceland adds: “We have been able to discover what was happening in a part of the interior of our planet billions of years ago, although to complete the picture we must continue looking for more chemical clues in ancient rocks.”

And Williams says: “the chemistry of other ancient rocks can provide more information about the formation and evolution of the Earth, and that is immensely exciting.”

Also Read  The Berlinale reopens to the public, but with reduced capacity and only for vaccinated people and with a daily test | Culture